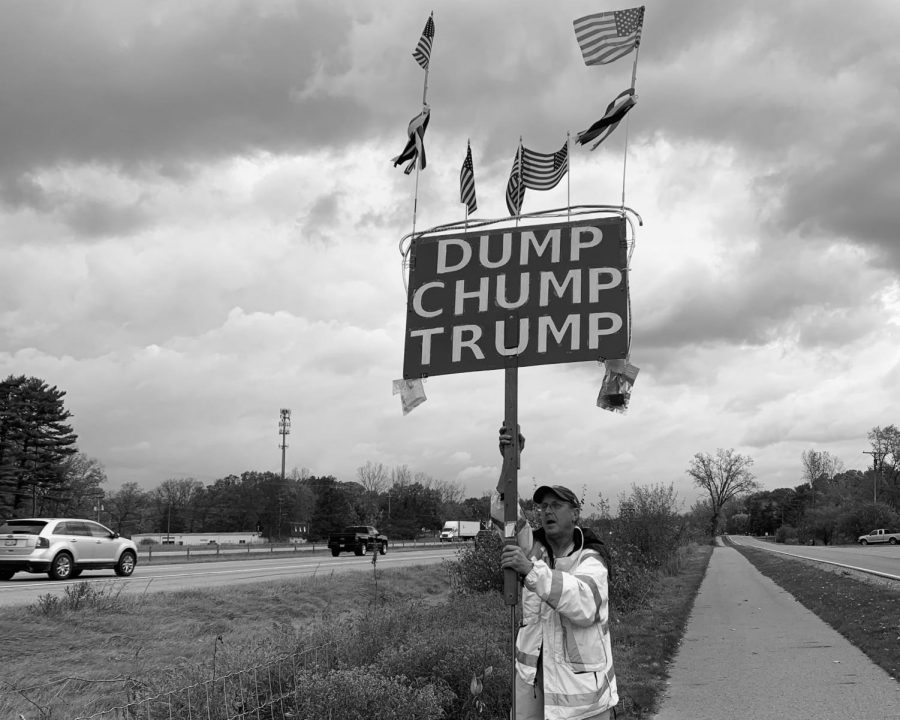 “I was disappointed in the presidency of 2016. Since then, I have continued to be disappointed with [Donald Trump’s] policies, ideas, reinforcement of white supremacy, and his foreign policy. [The US] reputation around the globe has deteriorated tremendously. The United States used to be able to recommend what everyone else should do because we had such high standards but we’ve lost that in four years. So, I’m [protesting] again. I feel I’m doing something I need to do. I feel committed. Since doing this three years ago, I haven’t been able to make it to any larger protests but I’m putting some skin in the game this way and doing this until election day. If I can convince anybody, that’s great! I’m tired. I’m uncomfortable. But, I’m doing this for you! I’m doing this for other young people!”