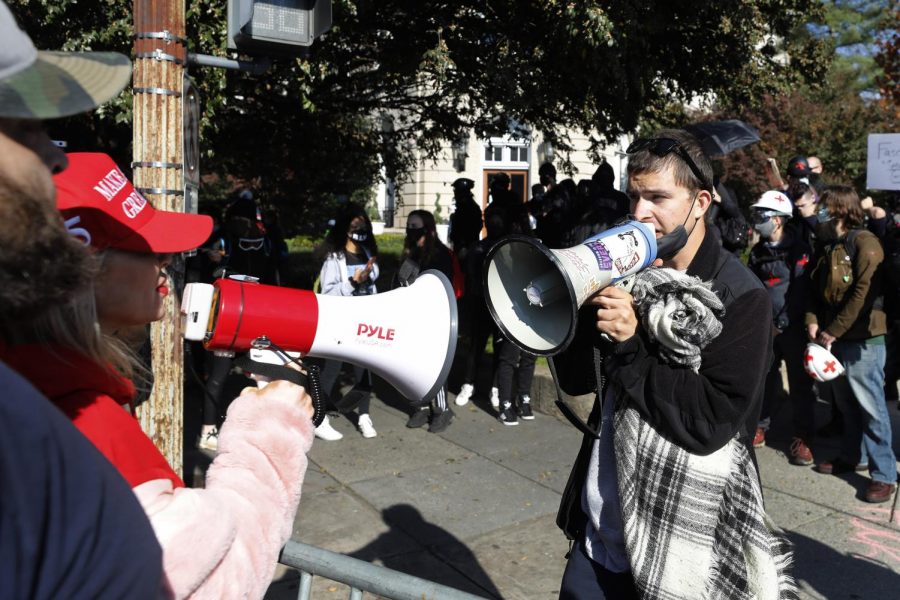 Every morning, I wake up to Twitter and news notifications on my phone. “Donald Trump refuses to concede,” or, “Coronavirus cases spike again!” It casts a shadow over my day when, in the back of my mind, I know that something awful is happening and that I can’t do anything about it.

I find myself yearning to talk to Trump. Maybe if he could look me in my eyes, it would humanize him, or he would suddenly realize the error of his ways.

As much as I want to, I can’t march up the steps of the White House, waltz into the Oval Office, and pontificate. I also know intuitively that he has had many chances to change, and he hasn’t. His ego won’t allow him to admit that he is wrong about anything. The best we can do is not give him the power to promote his cruelest ideas.

After a long, grueling campaign season, America has voted Trump out of office. Trump, never one to accept defeat, has been spreading lies about the election in an apparent — though likely futile — attempt to keep power.

Whether or not he decides to concede, our focus now should be on moving forward. He still ended up getting over 73 million votes. His supporters are still out there. They range from well-meaning Republicans who just don’t like Biden’s ideas to 2016 Trump voters who believe he’s doing a passable job to die-hard Trumpies who believe he is the Second Coming.

Ann Arbor sometimes feels like a bubble: an echo chamber of liberal ideas and conversations. But we all have an uncle, a grandmother or a friend that we disagree with on something. It can be hard to debate with people you care about — especially regarding large issues such as Black Lives Matter, abortion laws, and global warming. As this election finally comes to a close, we are struggling between reaching out to Trump supporters to find middle ground and telling them off.

We’re a deeply divided nation right now, but we can change. Let’s not throw in the towel on the possibility of changing minds. Once we do, we’ve resigned ourselves to a state of civil war. We need to talk to people on the other sides, but we have to know how to address these issues.

Sometimes it’s a difference in tone or word choice. Research shows time and time again that people vote from an emotional place. Facts and talking points matter, but they don’t change minds. Further, overly political conversations cause people to put up their defensive partisan walls and disengage.

We all want to be heard. We want to understand each other and move forward as a country to avoid a permanent schism. The only way to do that is to hear each other out. Approach every conversation with a willingness to learn and listen. These talks have the potential to bring us together and shape a better future.