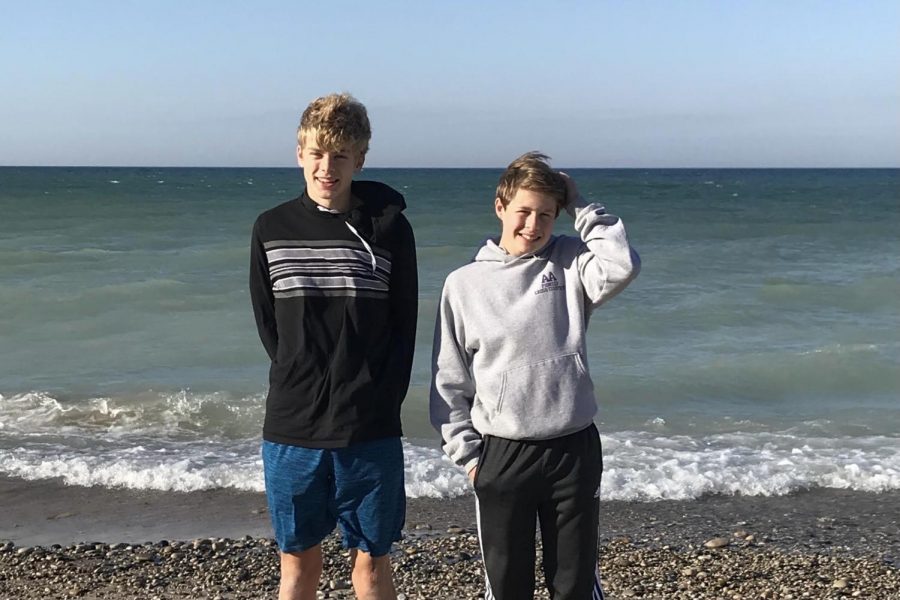 Joseph Williams, a junior at CHS, has done a fair bit of traveling throughout his life. Williams has lived in Ann Arbor for a long time, but was born in Warwick, England and moved to the U.S. when he was four years old.

For Williams, his place of birth fueled a love for English culture, and he sees England as a second home. Out of all the places Williams has traveled, England is most special to him. Even when he’s not there, he shows his support for his favorite English soccer team, Manchester United, with jerseys and flags adorning the walls of his room.

Williams has been to seven countries in his life, and he’s made some of his favorite memories on his travels. One such trip was with his family, to Zion National Park in Utah.

“We did a lot of hiking there, and there were some really amazing hikes,” Williams said. “It was really beautiful; there were huge canyons, and the rivers ran in between them.”

Williams has a great appreciation for the cultures he has seen while visiting other countries. He says that while the U.S. and England are pretty similar, he witnessed a very different culture when visiting Mexico and Spain. He remembers seeing parades pass them by as they walked the streets in Spain.

Williams has taken Spanish at CHS for the past two years. Although he doesn’t often get to use his knowledge of the language in the real world, he said being able to speak fluently to people living in other countries when he travels was an incredible experience.

“One memory that sticks with me [was] in France, when we were going to the Eiffel Tower,” Williams said. “We were walking over there, and there were a lot of people selling these trinkets. They all have their storefronts on a rug by the road. Then I remember the police coming in, and I kind of panicked because I saw a bunch of people running. It turned out they weren’t allowed to sell things there, so when the police come they just pick up all of their things and run.”

Of course, Williams would not have anywhere to travel to if not for his parents, both of whom have done some traveling on their own. Both were born in England and lived in India for two years.

As Williams’ parents can attest, he was not always a big fan of travel. When Williams was very young, his family took a trip to Italy and he cried for the entire length of the plane ride. Luckily, his feelings on travel seem to have changed and all of his subsequent plane rides have been smoother.