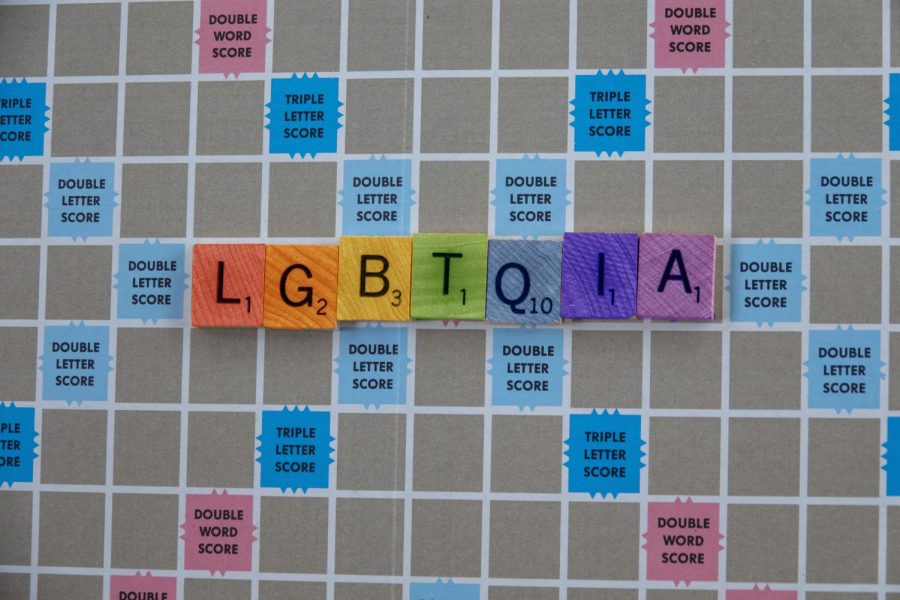 At 10 o’clock on Thanksgiving morning, my dad, mom, younger sister and I all hopped into the minivan and drove two hours on 94 West to see my dad’s family in Kalamazoo, Mich.. Bundled up in coats, hats and masks, the 13 of us made camp in my uncle’s backyard. An hour or so of socially distanced corn hole later and we were rearranging our lawn chairs into a wide circle to sit and talk before my family had to head home. My mom and I began discussing gender — specifically, a new study that could enable women to reproduce using stem cells harvested from bone marrow.

“Wait,” my cousin interjected, clearly confused by this concept. “Two women would get married?”

My cousin is nine years old. He has lived in Kalamazoo his whole life, and most of his education has come from a private Christian school. He had, from what I understood, little knowledge of the LGBTQ+ community until this Thanksgiving.

“Why is that disgusting?” I asked.

“That’s actually not true,” I started. I continued to explain how humans have been attracted to members of the same sex for centuries, how queerness has been observed in 1,500 animal species, and how I — as a lesbian — hope to marry another woman one day.

“But how can you marry another woman if you can’t make babies together?” he asked.

We went back and forth like this for a half-hour: he’d ask me a question and I’d answer him, only to spark another slew of curiosities from him. Politely, the rest of our family sat listening from their lawn chairs, silent save for the occasional comment to clarify my answer.

At first, I left that day with a sense of accomplishment. For years, I’d cultivated information to protect my identity in any confrontation I might become involved in (though this wasn’t what I’d imagined); I enjoyed the chance to use it.

But, as our minivan drove across 94 East on our way back home, I realized the horrible truth that my feeling of fulfillment had masked.

Since I was 15, a newly-out high school freshman, I’ve been searching for and clinging onto any evidence I might need to prove to someone that my identity is valid, and that I am worthy of the same rights as any straight person. I have pre-planned arguments against those who oppose gay marriage, those who don’t believe queerness is natural, those whose religions consider homosexuality a sin, those who don’t believe homophobia still exists. When I can’t sleep at night, I practice conversations with homophobes. I review my facts: the World’s oldest tortoise has been with a same-sex mate for 26 years; Jesus never said anything about homosexuality; Alexander the Great, living in the 300s BCE, was attracted to other men.

I am so afraid of others and of society valuing me less because of my sexuality, and I have prepared to defend every aspect of my identity.

Because I was once just like my cousin. Just as naive about gender and sexual orientation. Just as disgusted by the idea of something that didn’t fit my ideas of the way the world worked. But I grew out of it. With the help of my friends, my family and the queer representation I found on social media, I grew out of my preconceived notions of normal and natural and I grew into myself as a gay woman. I believe my cousin will grow out of it too.

Still, I have a cross to bear. I may be comfortable with myself and confident in my sexuality, but I know there are people and institutions that do not accept me and that wish to cause me harm. With the way society is set up to teach children to reject anyone who is not straight, white, male, and privileged in every other way I know I could have grown up to be one of them, disgusted by anyone who didn’t conform.

I hate that. And I hate feeling like I have to prepare myself to convince others I am worthy of basic human decency. But because of that feeling, I am prepared. I may have to fight my whole life to defend my rights and my inherent value, but if that is what it takes to help this world become a better, more accepting place, then so be it.

And thus, I have a message for anyone who would question my worth: I’m ready.