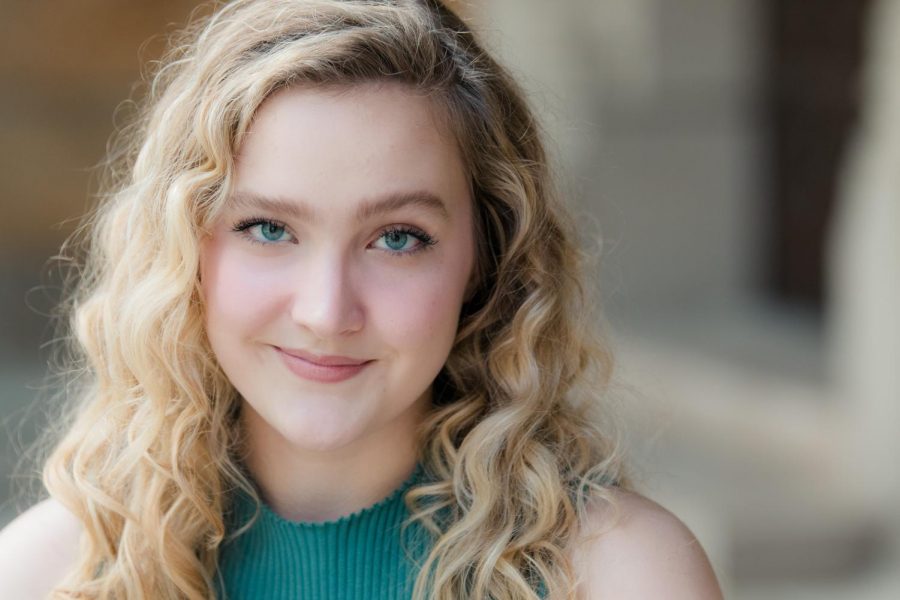 Ana Morgan has one video of the performances she used to put on as a kid: holding her plastic Barbie guitar, she sat both of her parents down in the living room and accompanied her neighbor in their own version of an “Alvin and the Chipmunks” song, her parents laughing in the background. Morgan’s parents wanted her to do anything other than theater; her mother had spent her 20s as an actress. But after Morgan tried out a myriad of different sports and extracurricular activities, it became clear that music was her passion.

“I was singing and dancing whenever I could,” Morgan said.

Morgan went on to perform in CHS’ Community Ensemble Theater (CET). In CET’s rendition of “School of Rock,” she worked with Jack Wagner, the CHS jazz teacher, and spoke to him about joining the jazz program. Following a drive to learn more about music theory, Morgan joined a jazz band with friends in the program, and enrolled in jazz as a vocalist.

As she comes from a background in musical theater, jazz was somewhat of a shock to Morgan, given that it is a male-dominated field. To compete in Battle of the Bands in January of 2020, she joined a seven-person group in which she was the only woman.

Morgan was scared at first. A friend and fellow musician, Noah Greenburg, had invited her to join the group. When he called her to discuss the competition, he broke the news that she would be learning jazz.

“It’s okay,” Greenburg said. “It’ll be easy for you to learn and catch on.”

Still, in the first few rehearsals, Morgan felt like the dumbest person in the room; all of the musicians she was working with had been playing jazz since their freshman year — some longer. It took some learning and adjustment, but Morgan eventually felt confident in her skills as a jazz vocalist.

Until the night of the competition.

It didn’t feel real to her. She’d spent this time learning an entirely new genre of music and practicing with her band, then suddenly she was standing in the Neutral Zone, preparing to perform.

“I remember getting to the Neutral Zone and I just wanted to cower and hide because I just saw all these people that I’d seen coming in and out of Jack’s room,” Morgan said. “I was like ‘Oh my god, everyone here has been doing this so much longer than I have.’”

It didn’t help that Morgan estimated there were five women, including her, out of all nine bands competing. She was trying not to show how nervous she was when Zoe Buhalis — a CHS student helping to organize Battle of the Bands — approached her and asked for help in the back room.

“Are you okay?” Buhalis asked.

One of the few women there, Buhalis was able to reassure Morgan and help her gain back some of the confidence she had lost in her anxiousness over the competition. As Morgan made her way onto the stage, she heard Buhalis say “Don’t let them overpower you.”

When Morgan and her band, The Major 7, advanced to the second round, she was shell-shocked. She stood on the stage and stared off to space, thinking “What’s going on? How did this happen?”

But Morgan remembered back through her experience: her initial fear of jazz, followed by a budding confidence in her talent; her nervousness the night of the competition; Buhalis’ inspiring words. And Morgan shut down that nagging thought.