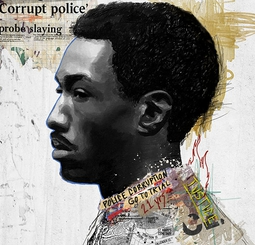 With the current political climate and polarization of people within the country, there are very few things that all people can agree on. A specific area that is cause for much debate is the justice system. Many people believe that it is corrupt, broken, and systemically racist, while others believe that it is an honest, just system that provides justice and holds people accountable for their actions.

With these differences of opinion noted, the case of Sean Ellis is one that all people should be able to look at and acknowledge the problems that occurred during this case. Sean Ellis was a man falsely accused of murdering a police officer and spent 22 years in jail before having the case dismissed. This case is what the documentary, “Trial 4,” which is looking at real-life events, covers.

The show uncovers the blatant corruption in the Boston Police Department (BPD) in the early ’90s, and this corruption has remained relevant to society all the way up to today. The documentary begins with the background of the case. The scene of the crime was laid out, with the officer being shot during the night in his own car outside of a Walgreens. The BPD immediately sent out a 50 man investigation team to identify the suspect.

Somehow, Ellis gets tied into the case, and it is all downhill from there. Ellis admitted to being at the Walgreens around the time of the murder, but he was only buying diapers for his cousin. This didn’t matter to the investigators, as they immediately made him the number one suspect, thinking he would be an easy target because of him being a young, African American man. They frantically looked for a way to put him behind bars.

The series takes a look at the unjust and racist way in which police and investigators handle cases. It exposes the mistreatment of the case, with corrupt cops covering each other’s backs because of the established “brotherhood” of the police force. Investigators were able to pressure testimonies from supposed witnesses and people who were close to Ellis in an attempt to convict him.

It was astonishing the lengths that the police force will go to make a conviction, even if they know that it is unjustified. Rather than do their jobs — which is to maintain justice in the world — they care more about being right and getting convictions as quickly as possible, even if they are not sure they are convicting the right people.

Ellis eventually is released from prison and probation, but it is tough to think positively about the situation. It leaves you wondering: how many other Sean Ellises are there? How many wrongfully convicted people, primarily people of color, are sitting behind bars for a crime they didn’t commit, just because it was convenient for the people in power?