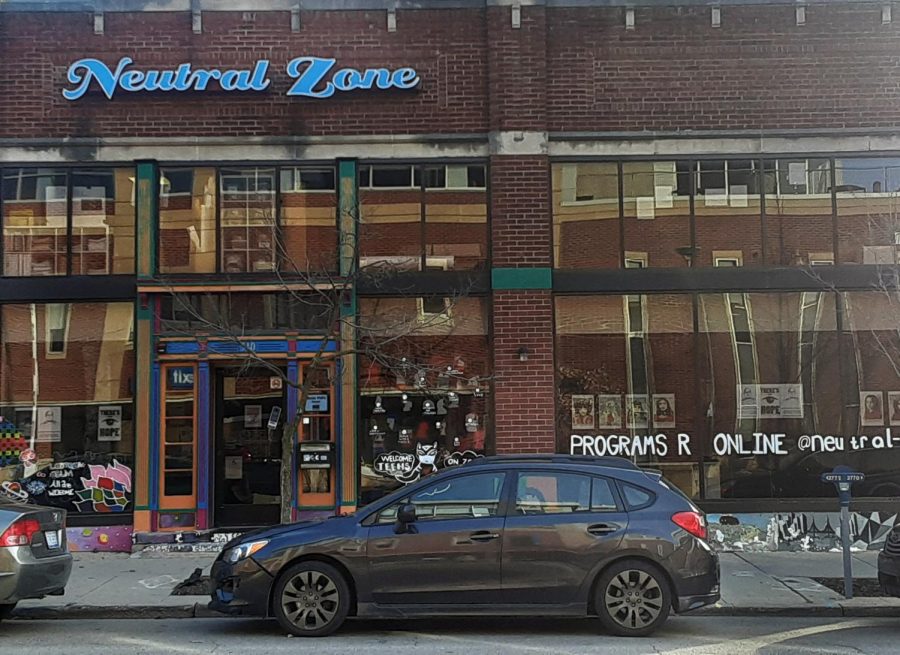 Lucy Tobier  is a member of the Washtenaw Youth Commission, where Lori Roddy, NZ Executive Director, is one of the adult facilitators.

This is a complicated story. In June 2020, a public statement with demands was released on social media by Laila Pasha, a 2020 Washtenaw County Young Citizen of the Year and former teen member on the Board of Directors of the Neutral Zone, a local nonprofit that provides teen programs and spaces.

In her statement, Pasha accuses the Neutral Zone of serious issues that she perceived at the organization, including charges of racism and the organization’s failure to uphold a culture of consent.

In response, the Neutral Zone board hired Nakisha Chaney, a third-party civil rights attorney, who was paid with unrestricted Neutral Zone revenues. The decision to hire an attorney was in compliance with the Neutral Zone employee handbook. According to Dianne Curry, the adult co-president of the Board of Directors, Chaney interviewed staff and teens for five weeks, and at the end of the investigation she found “all allegations of racism, and rape culture were found to be untrue.”

Pasha was involved with the Neutral Zone since she was in eighth grade. She was involved in many programs including SCORE (School and Career Opportunities are Endless), SEED (Students Education Each other about Diversity), TAC (Teen Advisory Council), B-Side, and was the founder of SARE (Safe sex And Rape culture Education). She was also on the Board of Directors and was involved in literary arts programs. Pasha resigned from the Board of Directors and cut off ties last summer after writing the statement.

“It [Neutral Zone] kept me out of a lot of trouble and it really turned my life around,” Pasha said. “That’s why it hurt the most when all of this stuff happened because a place that basically raised me really betrayed me.”

Pasha was not the only one who left.

“I had been telling myself that I wasn’t going to [leave] when all of this stuff was happening,” said Jocelyn Kincaid-Beal, a CHS junior and former Neutral Zone member. She was involved in programs including Riot Youth, Teen Leadership Crew, poetry programs and was on the Board of Directors.

“I was going to stay there and try to fix everything because this organization is really important,” Kincaid-Beal said. “But then it got to a point where it just seemed unfixable.”

Like Pasha, Kincaid-Beal also started at the Neutral Zone in eighth grade. She wrote her resignation letter immediately after a Board of Directors meeting.

Isaac McKenna also resigned after an online Board of Directors meeting which ended with him asking about the investigation. There was no comment from anyone in the Zoom, and the meeting ended. When it ended, McKenna started writing.

“I was kind of in shock for a second; that’s not what I expected to happen,” McKenna said. “And then I got really, really mad, and I started writing my letter of resignation. I think I wrote it in a couple of days and just sent it out to them.”

McKenna had been involved with the Neutral Zone since his sophomore year when he joined to play gigs with his band. He was a facilitator of the Teen Advisory Council, held leadership positions for B-Side and Youth Owned Records and was a co-chair of the Development Committee on the Board of Directors. But the decision to leave was not hard to make.

“[Leaving] wasn’t that hard for me because I had already lost faith in it [Neutral Zone],” McKenna said. “But that was just the final straw. They don’t care about what I have to say and about what any of the teens have to say in this process. So there’s no point in me being here. Other than to maybe use my voice in this way.”

Naima Peterson, a former Neutral Zone member who was in SEAR, SEED, SCORE, most literary arts programs and was on the Board of Directors, remembers going to a check signing where she felt like she was just in the picture because she was Black. After talking with friends who went through similar experiences, Peterson knew something needed to happen. “We realized that it needed to be a serious thing because it’s not just us going through this [tokenization],” Peterson said.

Kacy DuMouchel was involved with the Neutral Zone since the summer before her freshman year when she started attending the organization’s camps. She started a Women in Music Production program, which became a certified CHS Community Resource (CR) class.  She also was one of the two national representatives for the Neutral Zone in the Music and Youth Development Alliance, and she was a member of B-Side.

DuMouchel felt a division between teens and adult leaders at the Neutral Zone. “There was this divide between the adults and teens where the teens weren’t being listened to,” DuMouchel said. “They were just being paraded across the stage as like, ‘look, we have teen leaders,’ and then we sit in on board meetings and get completely ignored.”

Lori Roddy, executive director at the Neutral Zone, disagrees that the space does not value teen voices.

“The Neutral Zone is a really valuable space for young people in this community, and I still really believe that,” Roddy said. “It’s a space where teens get to come together, they get a space to convene, to ask questions, to meet, to build power and to impact this community ––and young people’s voice and participation right now in our community matters significantly. And I think we strive to be that space for young people. We don’t want teens to give up on us because it’s been challenging, but it is something that we can overcome, and it’s something that we need teens to help us do.”  Roddy sent a letter to teens and their families currently at the Neutral Zone.

The Neutral Zone’s current plan for moving forward is to work with a “restorative practice facilitator” and an equity consultant to hold conversations about anti-racism. They are also planning on creating a racial equity task force to assess the Neutral Zone’s structure and practices. They will also be reassessing their sexual assault policies, holding weekly spaces for BIPOC youth and extending their Future Corps program to address generational poverty and disparities.

Despite these actions taken and the important functions provided by the Neutral Zone, some teens are still hesitant in recommending their friends to join Neutral Zone programs.

“I have a lot of mixed feelings about it because they do provide a really good space for teens to go,” Kincaid-Beal said. “They buy free food for a lot of teens that maybe wouldn’t get that anywhere else. And that’s good, but it’s also like if you’re not a safe space for all teens, then you’re not a good space for any teens. If someone is planning on going there, I think they should do their research.”

Adult and student leaders at the Neutral Zone also want potential members to do their research.

“We’re a human organization where we have so many challenging situations all the time,” Roddy said. “We are making decisions around young people, the staff and community. And the challenge with social media is it does not talk about the complexity of people’s situations. And that’s the piece that you don’t get: you don’t get the processes, the conversations, all the extra work that happens around many of the situations that are being brought up on social media.”

The Neutral Zone is inviting youth to come to talk to them about any concerns they may have. They will be having a virtual restorative conversation on Dec. 10 at 5:30 p.m.