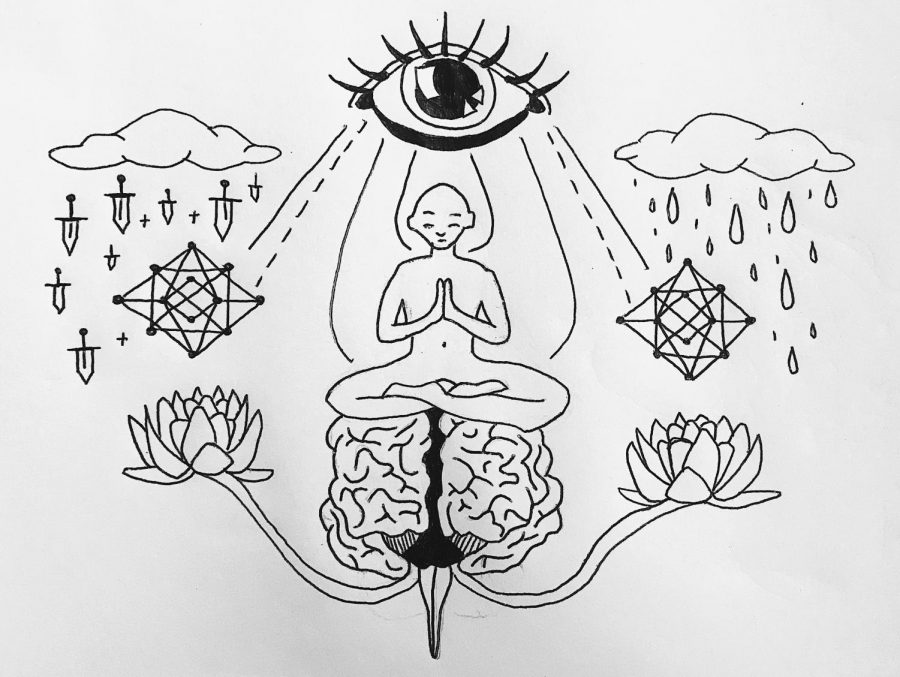 Over the summer, TikTok taught many teens about manifestation and the law of attraction. Grace Cachot being one of those teens.

Before Cachot learned about the law of attraction, she considered herself an insanely negative person.

“I thought that the universe was just against me and nothing was in my control,” said Cachot. But after quarantine began, Cachot found herself in a stage of self-growth. She found out about manifestation and the law of attraction and her attitude towards life pretty much “flipped on its head.”

Since practicing, Cachot found people she can truly connect with. She brought people into her life that she thought could potentially be really close friends. To become closer with them she simply acted like she had been friends with them for a long time: a fake it ‘til you make it situation. And she made it.

Even though manifestation was only recently brought to many teens’ attention, it is something that has been around forever throughout many different cultures.

Eril Andes has been practicing methods of manifestation for 20 years. Like Cachot, Andes discovered manifestation in highschool. She started with writing her intention on paper and proceeded to speak it aloud. One of the things Andes successfully manifested was her career. When she was in a time of need she manifested the resources and support from others to kickstart a career in massage therapy — a career she’s been with for almost as long as she has been manifesting.

She teaches many people in her career about manifestation and how it can lead them to better their health. But before good health can come their way, they must believe in it.

“[You have to] be able to say manifestation is a thing,” Andes said. “It’s not a magical power. It’s an actual intention-based thought process.”

After believing in the reality of manifestation, one must go on to believe they are worthy of the things they wish to manifest.

“If you ask, you will receive,” Andes said. “You just have to believe you are worthy of receiving… The energy you put out there is the energy you get back. Never give up.”

Once those two levels of belief are established, the practice can ensue for anything a person desires.

Both Andes and Cachot have now integrated manifestation and the law of attraction into their daily lives. They both use manifestation processes to improve their mindsets and be their “highest selves.” And they both have learned many things throughout their journeys.

“I thought it was some bullcrap for the longest time,” Cachot said. “But then I started noticing how my mentality affected my surroundings and other people around me. That’s just what made it real for me. Keeping everything positive and all about the vibes is really important.”

“With anything you practice regularly, you get better and more refined in that skill,” Andes said. “20 years ago I didn’t understand that this would be a huge part of building my life by my own design. Now I know that — as cliché as it sounds — you really can do or be anything you put your mind to.”