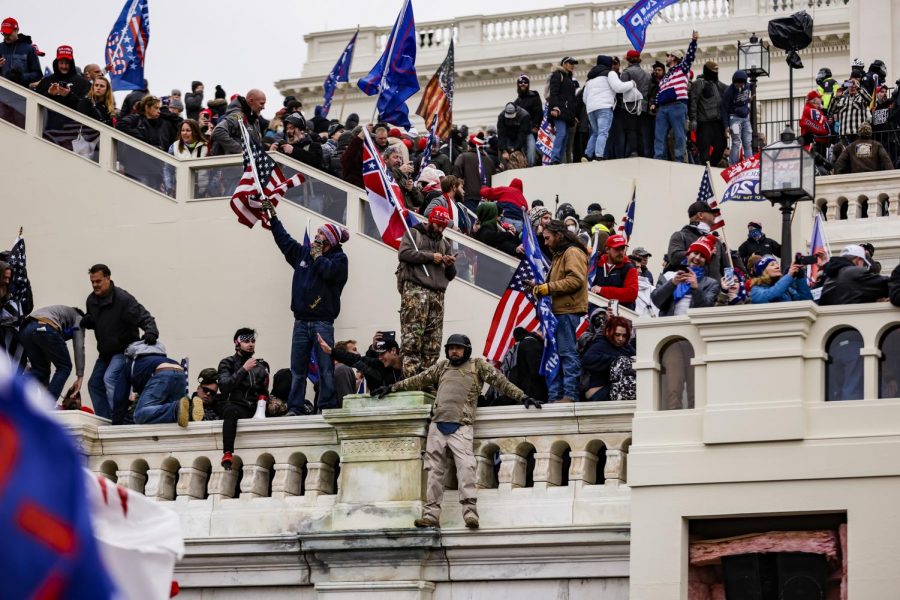 A few months ago, I watched “What the Constitution Means to Me.” It was a televised, largely one-woman Broadway show, where a woman talks about her relationship with the Constitution, specifically the 14th Amendment. At the end of the performance, there was a live, extemporaneous debate between her and a skilled high school student debater about the following question: Should we get rid of the Constitution and rebuild it, or should we use it as a framework for changes that would create more equality for our citizens? In short, do we work for change within the system, or do we blow up the system and start again?

Yesterday, this question went from hypothetical to concrete, when President Trump incited a riot. He encouraged violent domestic terrorists to storm the seat of our national government to overturn the results of a free and fair election. He repeated his false conspiracy theories in front of a crowd of his loyal followers and told them they would “never take back this country with weakness.” He set in motion hours of violence. The joint session of Congress to certify the results of the electoral college was interrupted and lawmakers were locked down in their chambers. Congress was unable to do its job. Our representatives were unable to speak for the people and act as a working government.

Meanwhile, these protesters, many of whom were armed, stormed the Capitol building, breached the House and Senate chambers, stole and defaced priceless art and implements of government, broke and entered into the private offices of several members of Congress (including the Speaker of the House), stole several of their personal belongings, and generally made a mockery of our working governmental institutions. The president is undoubtedly responsible for this insurrection.

When a federal official is sworn into office, they swear, under oath, to “support and defend the Constitution of the United States against all enemies, foreign and domestic[.]” If we can’t hold our elected officials to that oath using the tools of the existing Constitution, then it’s time to rewrite the Constitution. Our existing Constitution tells us what to do in this situation.  If we are incapable of doing it, maybe we need to revise the document.

Trump and this army of madmen are a risk to our safety and the stamina of our government. Allowing Donald Trump to serve out his term, however short, would leave our democracy and reputation in shambles. We need to be offended at offensive behavior. It is the duty of our leaders to invoke Section 4 of the 25th Amendment.  If we can’t use the Constitution and the 25th Amendment to remove a president who has openly committed an act of sedition, then are we really capable of upholding this Constitution?

Last night, after the Capitol building was secured, the joint session of Congress resumed to confirm the election of Joe Biden. At the outset of that session, the Vice President said, “Let’s get back to work,” to enthusiastic applause from both sides of the aisle. It was a surprising and needed show of unity after a traumatizing day.

We need our leaders to now show the same gumption, sense of national purpose and commitment to our Democratic ideals and invoke the 25th Amendment. Call and email your congressional representatives right now. As a reminder, they all have personal webpages at the House of Representatives or Senate websites.