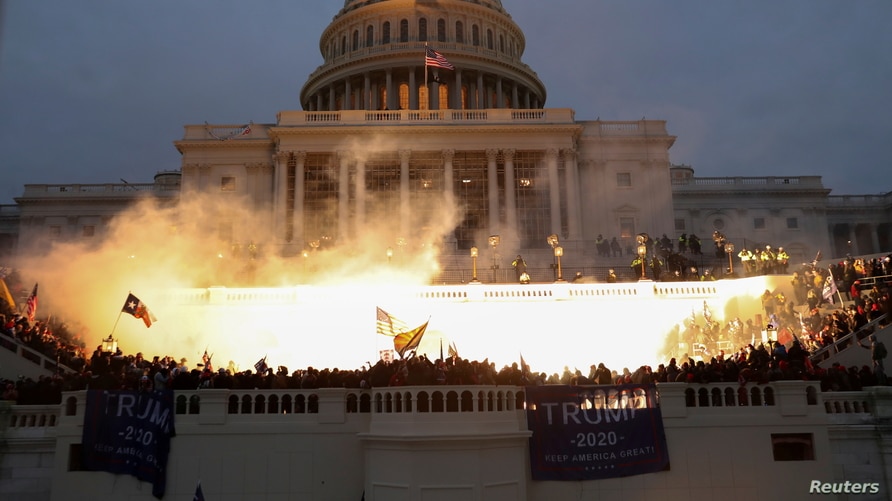 An image of the U.S. Capitol Building on January 6, from Reuters.

I did not live through 9/11. I was born three years after it occurred, but I have grown up hearing the stories of the terror and the destruction, stories about being glued to the news on television. I did not experience the feelings of helplessness and fear on Sept. 11, 2001, but yesterday, I think I may have come close.

I spent Jan. 6 glued to the TV in my living room. I sat on the couch, doing homework and wrapping up Christmas ornaments, while white supremacists took the U.S. Capitol Building against what seemed like no efforts to stop them. I watched people carrying guns and wearing shirts that read “Camp Auschwitz” and “6 Million Wasn’t Enough” take selfies with the police officers who were there to block them. In the summer, these same police officers maced and brutalized Black Lives Matter protestors.

These events all felt surreal to me. I wasn’t surprised; I have been waiting for something like what happened yesterday to occur ever since Trump took office. But it is difficult to put away Christmas decorations while watching a man sitting in Speaker Nancy Pelosi’s office with his feet on her assistant’s desk, without asking yourself, “Is this really happening?”

I do not falsely believe that America is better than this. I have seen, firsthand, that this notion has never been true. I have grown up in an America that is not great — an America that treats minorities like they are less than human, that charges over $300 for insulin. We have so much work to do; I could spend hours listing places to start. But I am not a lawmaker, so, politicians, I pose you this question: what happens next?