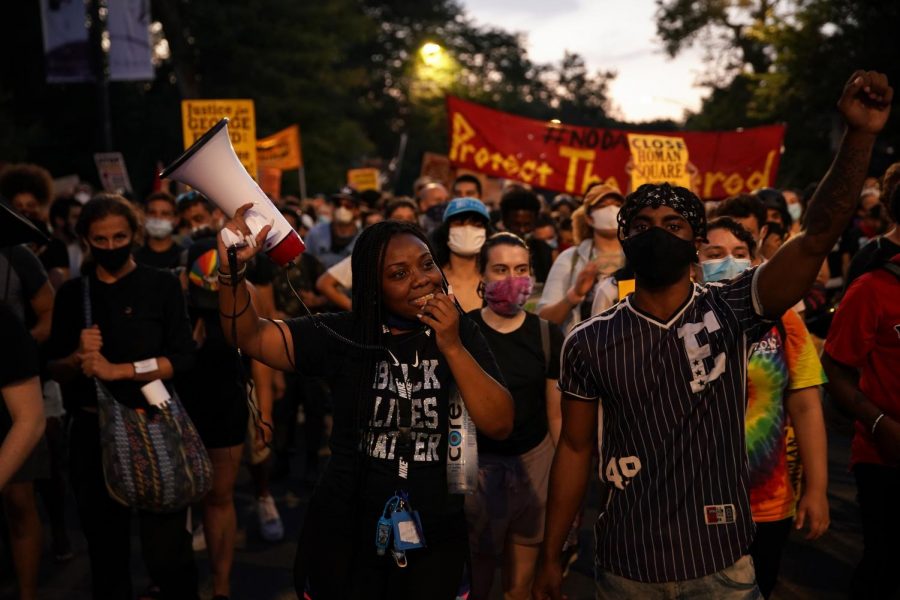 As a mixed child in a white family, I simultaneously learned about my Blackness and its danger. I remember when my white step-father first exposed the health risks my Black existence invites. There were several talks about the police and how I must act around them. My white parents did their due diligence in the way that they could, passing on the good judgment but lacking the scars to teach it.

My understanding of my Blackness became inextricably tied with fear, a fear that, despite my academic and creative success, factors beyond my control could snatch away everything I have. That, even if I worked as hard as I could, there was always the looming threat. Black community members and leaders frequently invoke the Bible precept: “Tomorrow is promised to no one.”

It is tragic that my Blackness and the danger it causes me are associated in the first place. I rejoice in Black power and Black expression; it has become a defining part of myself. However, like many others, I struggle to separate the joy from the equally defining grief.

My conflation of Black life and Black pain is perhaps justified: I live in a country that treats Black lives as though they do not matter. There is pain to spare. And, yes, the life of every living person has value. But Black lives fundamentally matter. The lives of Black community members matter. When Black community members’ lives are lost, that pain is felt. In this way, suffering from the systematic enslavement and destruction of the Black body compounds over time.

Just this year, we have mourned Black juggernauts like Kobe Bryant, John Lewis and Chadwick Boseman. These were Black men in dominant positions across their respective fields. These men exemplified Black excellence, and they inspired generations of Black children. Their losses have been felt.

This summer saw the Black Lives Matter movement’s resurgence, with powerful racial justice advocates decrying the police murders of George Floyd, Breonna Taylor and Ahmaud Arbery. These deaths affect us viscerally. We see our friends and family in them. We march out of fear and outrage, because marching is how we pitch our value to an indifferent system. Their losses, and the losses of American racism’s untold victims, have been felt.

But losses are even more acute when they are close to home. I recently lost an important Black figure in my life. It hurts. I am grieving myself, but I also think about the future. She worked tirelessly to support hundreds of Black teenagers. She did, and loved, the critical work of listening to Black youth. She was indispensable. It’s hard to grieve somebody like that.

But, surrounded by Black death, it’s hard not to connect lost Black community members to the names that have become worn rallying cries. Trayvon Martin. Michael Brown. George Floyd. Black death is so ubiquitous — through violence, illness and poverty — that we can categorize it instantly. We know how it works.

Black people die at younger ages and from more preventable causes than any other race group in America. It turns out, systematic racism kills you, eventually. And there are plenty of people dedicated to liberation and reform. But are there enough, and are they acting urgently enough? Honestly, how long can Black Americans go enduring this pain? I worry.

But in the interim, cruelly, we must move forward. We must cope. And so, I will first grieve those I have loved and then rise and continue to fight.