Tyranny of the Minority

The Electoral College must go. 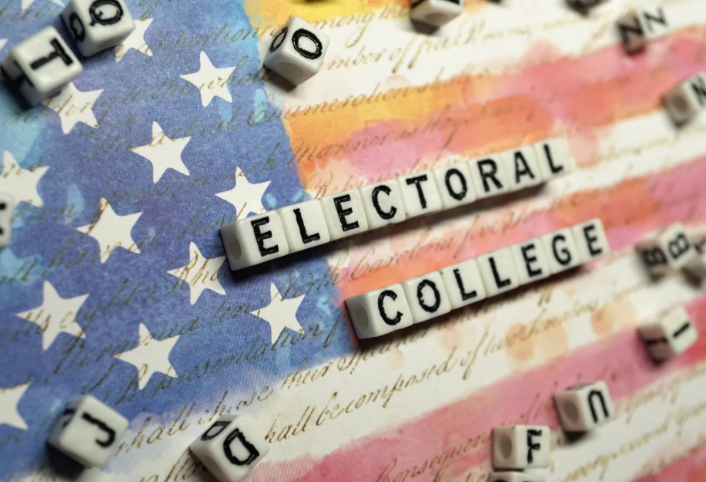 Throughout our history, the role of the electoral college in American democracy has been a disputed issue. In 2016, Hillary Clinton won the popular vote but lost the electoral college to Donald Trump. It has happened five times before: in 1824, 1876, 1888, 2000 and 2016, and each time, the voices of the American people were undermined. Five times the presidency was stolen by a person not elected by the people.

Supporters of the electoral college believe that it forces presidential candidates to campaign in small areas that would otherwise be passed over. However, 94% of the places where general election candidates campaigned in 2016 were concentrated within just 12 states.

When these results are contrasted with gubernatorial races — where every vote matters — it is evident that candidates running for governor have much higher incentives to campaign in both urban and rural areas. This was evident when the former candidate for Georgia governor, Stacey Abrams, visited all 159 counties in the state during 2018.

A common argument for maintaining the status quo is its tedious creation by the Founding Fathers in 1787. The electoral college may have been a good compromise for the country in the 1700s, but as the political divide widens in the 21st century, this outdated system is unethical and dangerous to the democracy of America.

When it was first created, the electoral college served as a buffer between the people and the government. The Founding Fathers decided the power of the people to elect would not work, so they turned to electors more suited for the job, creating the electoral college. However, this logic is illegitimate in 2020. Citizens are fully capable of electing their own government without a middleman.

Although a general election where every person’s vote is equally counted has its challenges as well, the benefits are far greater. Our current system does not provide us with what we need: a fair, democratic system in which we elect a President who represents the voice of the people.

If you want your voice to count, reach out to your local legislator. Tell them how you feel about the electoral college. You have the ability to affect change.