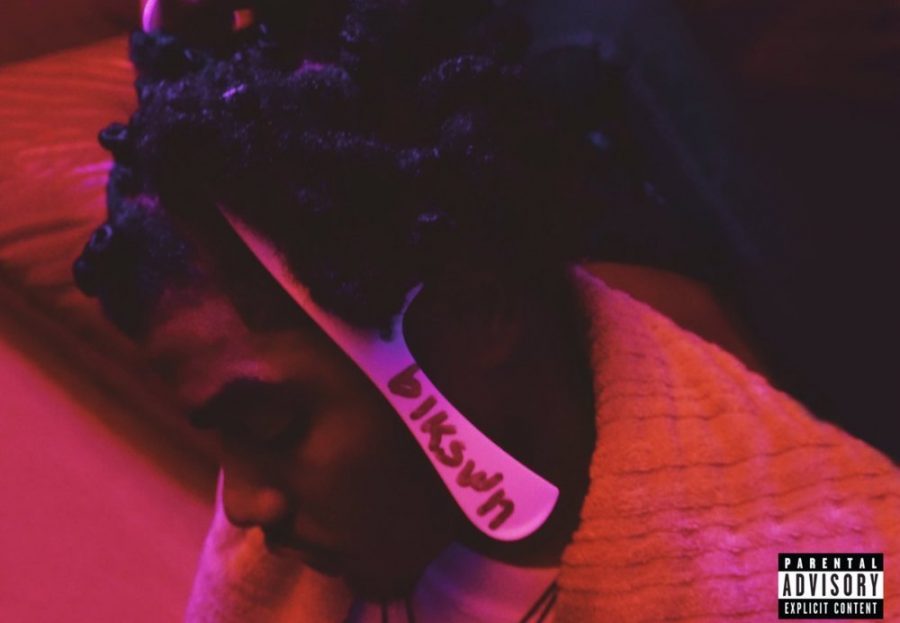 Through quarantine and the start of online school, some people have depended more on music. We talked to four CHS students and one CHS teacher about what they have been listening to and why.

Sebastian Oliva, a junior at CHS, has been listening to “Wild Irish Roses” by Smino to get him through online school.

From the sudden switch to online last year to the transition this year, he listened to this song to bring him to a calm and peaceful place.

“At first, it was: how were sports going to work?” Oliva said, “I live with my mother, so I was worried about if she were to get sick or if I were to get sick, and how this would affect us.” The unknown was what worried him most, but music allowed him to relax a bit.

Smino had not ever been his first choice of artist. However, Oliva started looking for ways to expand his music taste when the pandemic boredom set in.

“I was trying to think of artists that my friends or peers from school recommended that I should listen to,” Oliva said. “ I remembered that they told me Smino is really good, and I kept listening to him, and he grew to be one of my favorite artists.” The song “Wild Irish Roses” stuck out to him because of the tempo and the beat; they calmed him down when things were tough. Oliva also found comfort in the way Smino delivered his lyrics: synchronized with the slower cadence.

In addition to boredom, the pandemic posed a period of loneliness on Oliva. He found a new way to connect through music.

“It brought up good memories I had with [friends] before this whole pandemic.”

This song helped him feel closer to people he could no longer see in person.

Jack Wagner, Jazz Director at Community, has also leaned on music during the pandemic.

“COVID has been stressful; I have found myself listening to more hard rock from the 80s and 70s,” Wagner said. “That could just be taking me back to my roots in my young days. It’s hard-hitting music, and it’s fun because it feels like you’re getting aggression out when you listen to it. If I listen to Ozzy Osbourne doing “Crazy Train,” or listen to Queen’s “Under Pressure,’’ or anything [similar to] those, they just feel good. I catch myself putting that stuff on if I go for a run or if I’m working out.”

After Mar. 13, he found himself lying awake at night, trying to fix the world’s problems and wondering what would happen to the health of those he loves. For him, this era of stress feels never-ending.

“I may have settled on certain things, and that’s been replaced a lot by this new format, this online teaching format,” Wagner said. “It’s been so tough. The teachers have felt the stress tremendously.”

Being a musician allows him to be hyper-aware of how music changes his mood.

“Music has that power to put us into these emotional spaces, even if none of the other circumstances of our lives are any different,” Wagner said. “We could use music to reflect the angst that we’re feeling, but we can also use music to calm us from our angst. Depending on which way you want to go, you get to choose.”

Wagner believes bad music is subjective, and if you can get validation or what you want out of the song, then it isn’t bad. To him, good music is defined in its power to affect the listener emotionally.

Turner Aldrich feels pressure from changes in his education and relies on music.

“I’m more of a hands-on learner, and I have to see stuff visually, which is hard to do over a zoom call,” Aldrich said.

Online school is difficult for many students, but Aldrich has music to get him through.

“Depending on what kind of mood I’m feeling, I’ll just throw on [music],” Aldrich said. “If I’m down or stressed out and I’ll just sing along… [It] definitely relieves a lot of stress.”

That nostalgic feeling — knowing the lyrics — helps him brighten his mood.

Recently, Aldrich has been drawn to the album “Aja” by Steely Dan. His dad introduced the band at a young age, playing classic rock in the car for him and his brother. He started listening to the band on his own after friends from the jazz program told him to check them out.

The title track is his favorite, but he loves the whole album as a fusion of jazz and rock. “It just sort of sets a mood, a pretty chill mood,” Aldrich says. “And then there’s some more upbeat stuff too.”

His favorite time to turn on the album is when driving. Steely Dan has come with him, from his Dad’s car to his own.

Sadie Barber is a freshman at CHS. She focuses on the emotion and lyrics in songs.

She likes songs with a meaning behind them that she relates to, not just singing. Barber describes her music taste as, “a mix of eras and feelings.”

One of Barber’s favorite songs recently is “Breathe in the Air” by Pink Floyd. It was introduced to her by her dad, who is a Pink Floyd fan when they listened to their songs together. She liked the overall vibe of this song, so she started listening to it more.

This verse resonates with her most because of its message: live fast, die young. “It’s just something good to keep in mind. Things don’t matter as much as you think,” Barber said.

“It definitely gives me an outlet and something to relate to,” Barber said.

Since the beginning of quarantine, Barber has listened to more music and started making more playlists. She mostly finds new music from friends and family. Barber has around 50 playlists that she rotates between, depending on her mood.

Ella Glass, a sophomore at CHS, has depended on music through quarantine and the start of online school. Generally, she listens to rock and pop music. Glass describes her music taste as “walking in the garden and falling asleep there.”

One of her favorite songs recently is “Ballad of Big Nothing” by Elliott Smith.

This is the outro of the song and her favorite part. “It really sums up the song; you can have your freedom but at a price,” Glass said.

Glass listens to this song about five times a day. For her, this is more of a morning song.

She finds songs to listen to from friends, Spotify recommendations and TikTok. When she sees videos on TikTok recommending songs and bands, she adds them to a list to listen to later.

The first thing Glass notices when listening to a song is the lyrics; then, she listens for guitar parts in the song; then, bass, drums, and backup vocals. Her favorite song to play is “Francis Forever” by Mitski on her bass guitar.

“It makes you feel proud that you can replicate those sounds,” Glass said. “You can play it how you want to hear the song.”