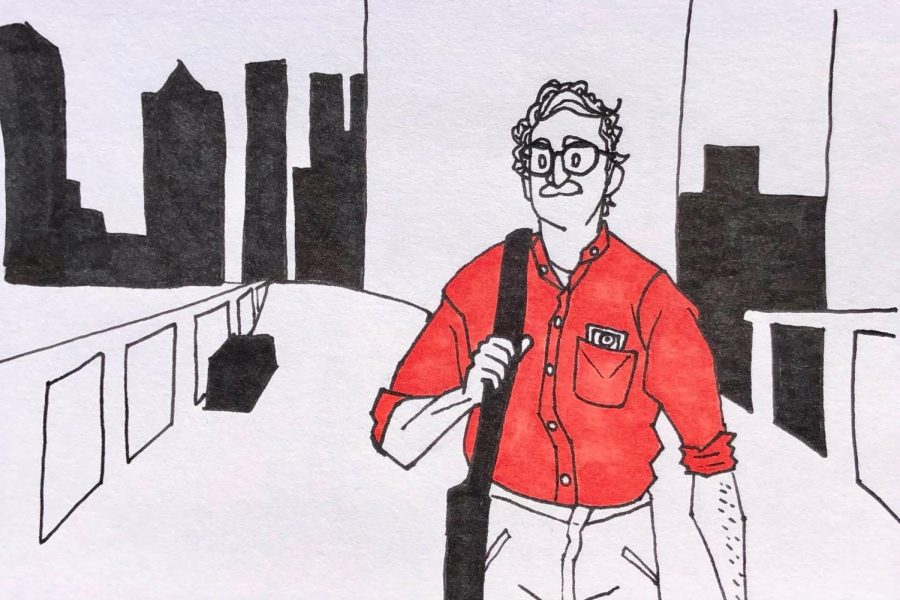 Artwork by Lucas B. Connor

“The past is just a story we tell ourselves”

Whether you have just gotten out of a relationship, are feeling lost in your emotions, or you simply want something to watch, the film “Her” available on Netflix, is definitely worth it. Taking place in a near future Los Angeles, we follow a passionate yet lonely man named “Theodore Twombly” who takes on the life of writing other people’s personal letters for them. Played by the phenomenal Joaquin Phoenix who had just won his first oscar last year for his brilliant performance in “Joker”, his performance in this film is just as good, if not better. After suffering from a divorce with his wife “Catherine”, Theodore decides to purchase an operating system with artificial intelligence designed to be a virtual assistant. After choosing the voice to be female, the operating system gives herself the name of “Samantha”.  As Theodore and Samantha bond with one another and learn and grow with each other, he slowly starts to convince himself he is falling in love with her, and they begin a relationship.

The strange yet beautiful part of “Her” is how it explores emotion. The film may feel weird at times and at times you may feel a bit uncomfortable but at other times something different happens. You feel for Theodore and you get lost in this fake relationship just as much as he does. There is a sort of danger to technology that this film reminds us of. Dressed in the color of bright red, normally symbolizing strong passion and love, it’s clear from the start that Theodore stands out in this world as those around him wear very bland and mute colors. Theodore is full of life and love, and yet he gets trapped. He gets trapped in this illusion. This illusion of love. He is lost in his past, regretting the mistakes he made with Catherine and what he could have done differently, and Samantha is his way out. He can talk with Samantha and open up to her like he can with no one else. The sad truth is that deep down he misses the human connection he made with Catherine because he understands that his relationship with Samantha will never be the same.

As humans we are always looking for a meaning in life. Before Theodore meets Samantha, he feels like he has lost this meaning he once had. Spike Jonze is trying to show us the truth about love and about our modern society. We have fallen into the trap of our technology and how it is keeping us from interacting with one another. Theodore is introverted and therefore fell into this exact pattern. The good news is that there is always hope for us, and people like Spike Jonze to help guide us. If you haven’t given “Her” a watch yet, please give it a try. Even if the plot turns you off, it is definitely worth the watch.