Kids Queer-ies: What Causes a Person to Want to be Gay? 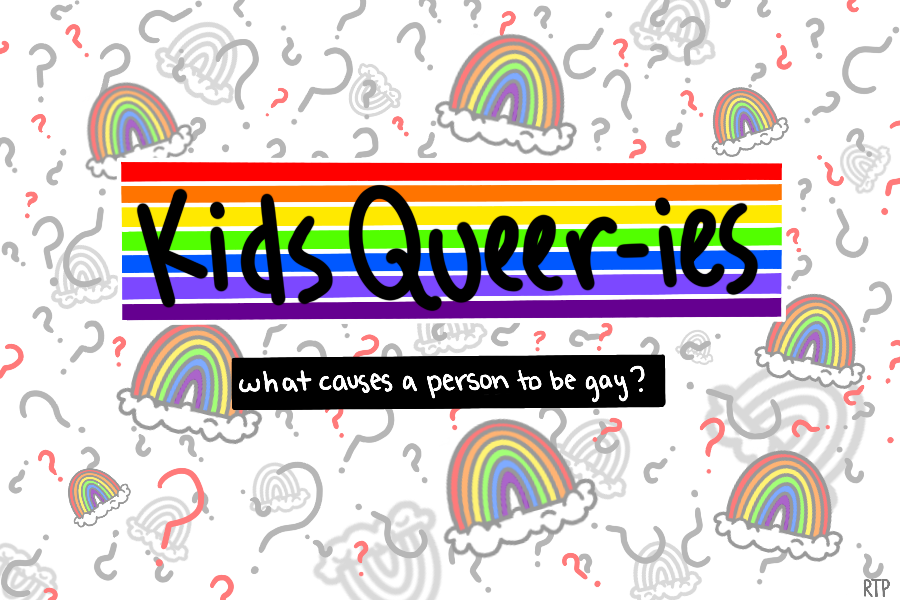 Disclaimer: Much of the queer experience and queer indentity does not exist in black-and-white and it is hard for many queer people to definitively explain or categorize things about themselves or their lives. That being said, if you believe any of the information below to be inaccurate or you have other concerns regarding this series, please comment below, or contact us at kidsqueeries@gmail.com.

Queerness is not a choice. Studies show that sexual orientation is most likely a result of biological factors before a person is even born, so someone who is gay was born that way. Homosexuality is natural, meaning it is literally found in nature. 1,500 animal species—such as lions, dolphins and ducks—are known to form same-gender partnerships. An entire species of apes called dwarf chimpanzees is bisexual.

Furthermore, queer people can’t choose not to be attracted to their same gender, though some try to. They might do this in response to pressure from their family, community, society, or even from themselves.

Even though queerness is not a choice, there are so many good things about being gay. Some gay people have found a community and fostered great friendships with other queer people who share similar experiences. Some are grateful to be able to care about members of their same gender or non-binary people in a romantic way and to be able to recognize their beauty. After having to grapple with their sexual orientation or gender, some feel more secure in their identity. For some, overcoming that struggle gives them the confidence to be themselves.