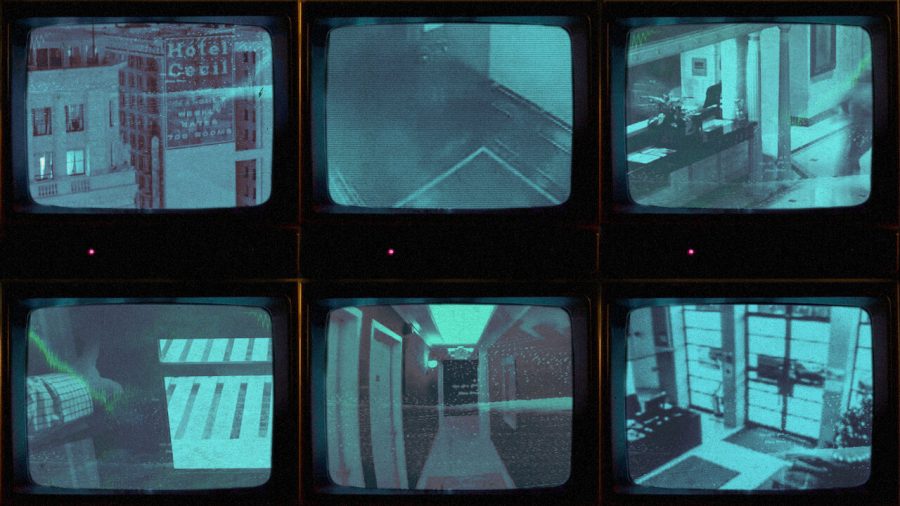 The Netflix show, “Crime Scene: The Vanishing at the Cecil Hotel” is any True Crime fanatics dream. This show tells the story of the dangerous Cecil Hotel and the woman who was mysteriously found dead on the roof in a water tank.

Built in 1927, the Cecil Hotel, which used to be a luxurious hotel, has been a spot of crime since the 1950s. It has turned into more of a housing development than a luxurious hotel. Serial killers like Richard Ramirez (The Night Stalker), Jack Unterweger, and Elizabeth Short (The Black Dahlia), stayed at the Cecil.

Elisa Lam was a 21-year-old college student from Canada, who wanted to get out of her small world. Deciding she wanted to go to California, she found a decently cheap place to stay in Downtown LA. Thinking that this would be her dream destination, it ended up being nothing like she hoped.

Here’s a little background on Elisa: She had been diagnosed with bipolar disorder and depression, and was prescribed 4 different medications. In mid-2010, Lam started a Blogspot. She posted a lot about fashion, and about her struggle with mental health. In early 2012, Lam posted about how she was feeling lost, and entitled the post “You’re always haunted by the idea that you are wasting your life.” She later dropped her Blogspot and started a new one on Tumblr, which she called Nouvelle-Nouveau. The show centers a lot around her Tumblr account.

Lam arrived in LA on Jan. 26, 2013. She was last seen on February 1st, the day she was scheduled to leave LA and head to Santa Cruz. Because she called her family every day to give them updates, her family got scared after not hearing from her and called the LAPD.

On Feb. 15, 2 weeks after Lam was last seen, the LAPD released a video of the last known sighting of Lam, which was in an elevator hospital. The video footage is quite frightening and odd at the same time. The video shows Lam getting into the elevator, hiding in the corner, pushing all of the buttons on the elevator, looking out of the elevator as if she was looking to see if the coast was clear, going out of the elevator, moving her hands in a manner as if she was talking to someone, and then disappearing. This was the last known sighting of her.

In the video, you can clearly see that the timestamp is edited over, and the footage is edited when the elevator door closes. It is still not known what happened during the frame that was cut out.
Discovery of the Body
On Feb. 19, guests began to complain about low water pressure and weird tastes in the water that they were drinking. Maintenance worker Santiago Lopez went to the roof of the building to look at the water tanks and found Lam’s body floating naked in one of the 4 water tanks on the roof of the building. On the 21st, the LAPD issued a report saying that Lam “accidentally drowned” in the water tank, with Bipolar as a leading factor. She was wearing the same clothes that were seen in the elevator video when she was found dead, as well as her room key was with her.

During the autopsy, there were no signs of sexual assault, physical damage, or suicide. The toxicology report showed signs of her medications that she had taken.

The LAPD ruled her death as a drowning. They however did not explain how she got into the tank. There were two routes up to the tank, one through the maintenance entrance that required passcode to enter, or an alarm would go off. While the other was a horizontal fire escape. Scent dogs were able to trace her scent up to a window that was connected to the fire escape. In the show, however, one of the main characters actually went up to the maintenance entrance to the roof and pushed open the door, and no alarm went off. This could mean that Lam had gone through the maintenance entrance. However this was filmed in early 2020, 7 years after her death, so things could have changed in that 7 years.
Theories
Theory Number 1- Dark Water CopyCat killer:

There are a lot of similarities between the 2005 film Dark Water and the death of Elisa Lam. Both take place in a run-down housing facility. The young girl in the movie is seen wearing a red jacket like Lam is. The name of the little girl is Ceci, similar to Cecil. Ceci falls into a water tank and dies, and that is how Elisa died, according to the LAPD that is. There are theories that there was either a copycat killer after her and wanted to make it seem as if she was in the movie, or Lam was roleplaying herself. However, none seem likely due to the fact of the coincidences, which are quite disturbing.

A lot of the show revolves around her blogposts. A lot of her posts refer to her mental health, how she is feeling sad and lonely. Prior to her death, Lam visited the set of a talk show, and was removed due to “not normal behavior”. She was also staying in a room with two other girls the first few nights of her trip, and she left them notes about how she wanted them to “get out”, “this isn’t your place”, and other threatening messages. She was later removed and given her own room. The coroner’s report stated that she had not been taking her medications, which could have led to her killing herself.

Theory Number 3- She was murdered by someone at the hotel or by a stranger:

In episode 3 of the show, they talk about how for a long period of time, an artist named “Morbid”, was a suspect in the case. Not an official LAPD suspect, but one that internet sleuths had believed murdered Lam. During the time when people online were investigating her death, someone found a video of someone named Morbid, a creepy-looking guy who writes songs about death, killing people, and other gross stuff. A video on youtube was found of him saying how he had been at the Cecil Hotel. There was no direct evidence of him killing her, but basically, everyone online started pointing fingers at him for killing her. The hotel later clarified that he was actually staying in the hotel in early 2012, 1 year prior to Lam’s death. This rules out the possibility that he killed her, but she still could have been murdered. The Cecil Hotel is on Skid Row, a very dangerous area of LA, where lots of drug dealers, criminals, and other shady people hang it, so it is possible someone killed her.

Theory Number 4- Lam was a biological weapon used by the government to infect the homeless population, but later found out too much about the project and was killed:

Theory Number 5- The Hotel employees covered up her death:

One of the main characters of the show is Amy Prime, the manager of the Cecil from 2007-2017. She spends a lot of the show defending the staff at the hotel, and the hotel itself, which could make some speculate that someone at the hotel did kill Elisa, or they know something they are not sharing. She claims that Lam did have some odd behavior, but because odd behavior was normal at the Cecil, she wasn’t concerned. Santiago Lopez, the maintenance worker who found her dead, says that when he found her body, he shut the lid of the water tank. Even though he did report her body, the fact that he closed the lid is a bit confusing, because it would have to be opened up later. People also think that because access to the roof is so minor, that she would have to have been brought up the roof by an employee, or she climbed up the fire escape. In the video footage, there is a point where you can see how the footage is edited when the elevator door shuts. Prime claims that neither she nor any employee edited the footage. But the fact that she is so defendant of everyone and the building itself, could prove that someone at the hotel did have something to do with her death.

There is a Korean game that will somewhat transport you to an alternate reality. The rules of the game line up with a lot of Lam’s behaviors leading up to her death, mostly in the elevator clip. Stuff that you must be in an elevator with 10 floors, press lots of the buttons, and on the fifth floor, an invisible woman will appear. In the elevator video, it looks like Lam is talking to someone with her hands, which could be this “invisible woman”. People say that she reached a new dimension, and then went crazy and died. This is highly unlikely, but it has a lot of similarities and coincidences that line up with her death.
Official Ruling: SPOILERS BELOW.
At the end of the Netflix show, the LAPD officers who were assigned to the case ultimately rule The Death of Elisa Lam as an extreme Bipolar Episode. For online sleuths that had put their lives for this case, it was a disappointment. But it brought some clarity to her family, and probably some relief knowing that their daughter wasn’t hurt.

The truth could still be out there. We don’t know if she really had a bipolar episode. Or if in reality she was murdered? The true answers lie within the Cecil Hotel, and whether or not we find out the truth will remain to the building itself.