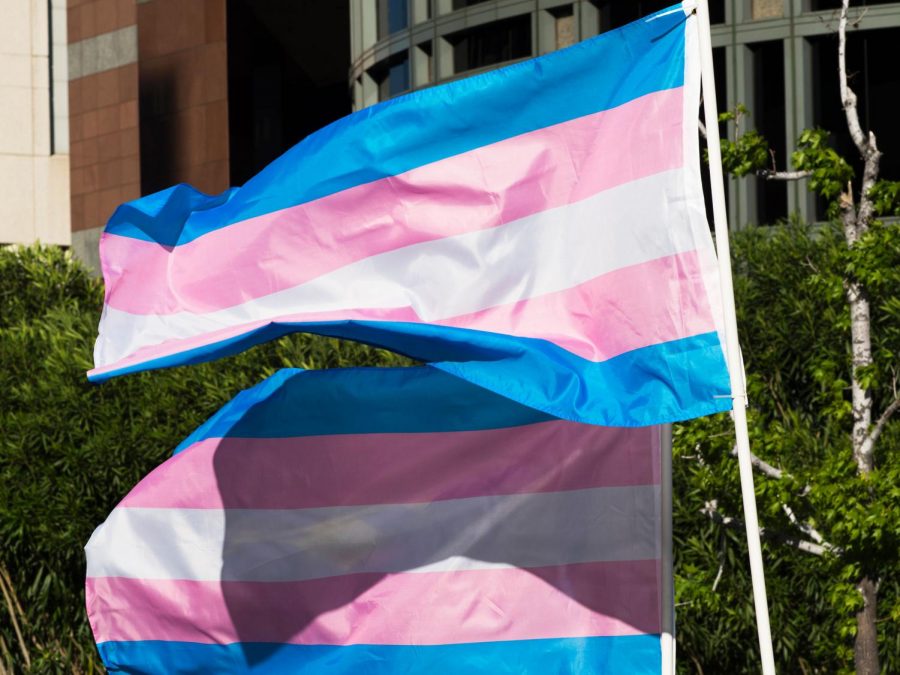 Gender binary is defined by Oxford Languages as, “a system of gender classification in which all people are categorized as being either male or female.” The gender binary is overwhelmingly present in the world of students. From men’s and women’s bathrooms to the male or female fill in bubbles on standardized tests, teenagers are forced to choose between two genders. The prevalence of binary gender identity within schools, a place where teenagers spend the majority of their time, is dangerous.

Gender nonconforming students are present in schools, although they are faced with pressures from their peers and the world around them. According to the Trevor Project, 25% of LGBTQ+ youth identify as gender nonconforming. These students, who identify outside of the gender binary, often face backlash in school, causing them to feel unsafe and uncomfortable in their identity. About 75% of gender nonconforming high schoolers felt unsafe at school because of their gender expression.

Miles Durr, a senior at CHS who uses he/they pronouns, has been struggling with how to express his gender identity in school for years.

“At some point in eighth grade, I started to realize how uncomfortable [dressing masculinely] made me feel, and I wanted to exclude myself from leaning any particular way with gender expression altogether,” Durr said. “That has led to a large amount of social isolation, and I lacked a sense of belonging for a very long time.”

Anna Prince, a sophomore at Huron High School who uses she/they pronouns, has also found it difficult to align their gender identity with their appearance.

“I purposely avoided [clothes] shopping for a large part of my life,” Prince said.

Prince grew up going to a traditional church, where women were expected to embrace feminine style. She felt pressured to wear skirts and dresses to church and in her daily life, despite how uncomfortable these clothes made her. Prince felt like, to be a good Christian, they had to follow the rules of the church and of God wherever they went; presenting themself as the church deemed appropriate.

“I feel like [church] has always been my eternal keeper, like someone watching over me,” Prince said.

In March of 2020, teenagers were forced out of school due to the Covid-19 pandemic. This gave Prince and Durr time to reflect on their gender identity and expression. By existing outside of the pressures of daily life, they were able to truly figure out who they are.

“Lockdown has really helped me [discover my gender] because I’ve been able to sit with myself… and figure it out,” Prince said.

A junior at CHS, Wade Knyal, who uses he/she/they pronouns, spent a lot of time reflecting on himself and his gender while isolated during lockdown.

“[Being isolated has] given me a lot of time alone with my thoughts,” Knyal said.

Gender is a spectrum; it exists on a continuum, from man to woman, with space in between. There is room for all kinds of gender identities. Prince, a nonbinary woman, considers gender to be complex and nuanced. She believes that appearance and expression do not necessarily correspond with gender identity.

“I think something that a lot of people think when I say I’m not a woman is I have to be more masculine presenting and I think for me, a nonbinary woman is less appearance and more my own personal mindset and feelings towards myself,” Prince said.

Durr has always felt more feminine in his gender expression and performance. He does not think he should limit himself from feminine clothing just because he does not identify as a woman.

“I think that by showing I am comfortable being referred to with either male or gender neutral pronouns, it allows me to experience this state of being free, without any sort of constraint,” Durr said. “I am still an evolving individual, so there’s always room to go in a different direction.”

Being in isolation and not dealing with pressures at school allows teenagers to explore how they want to present and express themselves, and adapt their gender expression along with their identity. Gender nonconforming teenagers are able to try new appearances without worrying about the expectations and assumptions of the people around them.

Ameera Salman, a senior at CHS, realized over quarantine that she identifies with she/they pronouns. She has started experimenting with her gender expression by wearing baggier clothes and getting a new haircut.

“I had a lot of time to myself in isolation,” Salman said. “I’ve changed my image a lot [and] I feel like I’m a different person.”

Knyal has also been trying out different ways to express himself. He started painting his nails and experimenting with makeup while in lockdown, and has been paying more attention to his hair and skin.

“[I’ve been] thinking more about my impact on folks when I see them in person and how I look to them,” Knyal said.

Lockdown has created an opportunity for many nonbinary teenagers to reflect on themselves and get to know themselves better. Recognizing what pronouns reflect their identity best can help teenagers understand themselves and the world around them. Although isolation has taken a toll on high schoolers — from the loss of social events to virtual schooling — maybe being alone has actually brought some good things along with the bad.

“I have this whole new identity that I feel like I wouldn’t have if I hadn’t spent so much time alone,” Salman said. “I am really excited to use everything that I’ve found out about myself to step out into a new world.”