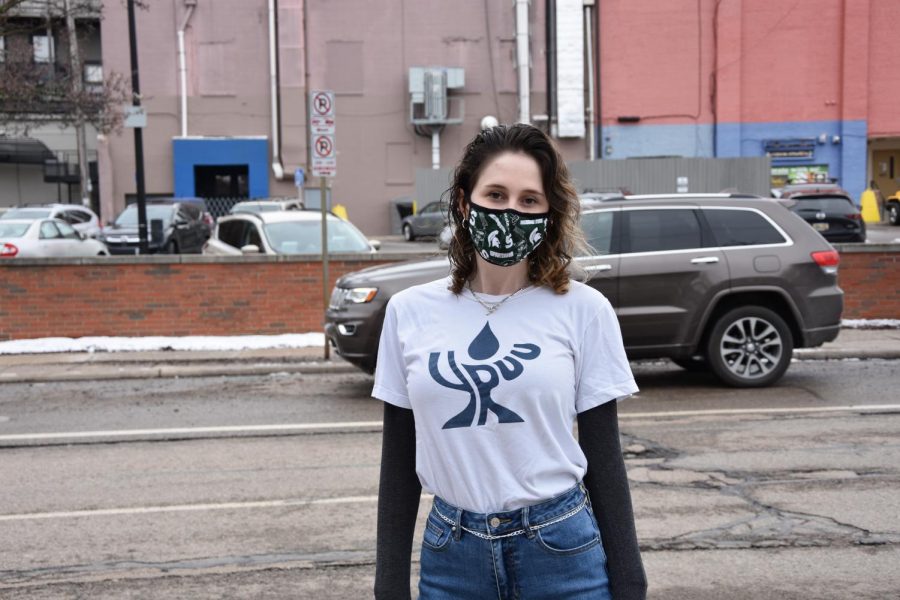 Three students find their way to develop and distinguish their religious beliefs.

Although she was baptized as a child and attended church throughout elementary school, Anja Jacobson, a CHS alumna, mostly grew up atheist. She went to church services with her family on Christmas and Easter, but religion was not a major part of Jacobson’s life until her freshman year of high school.

Jacobson now identifies as a Unitarian Universalist, a religion descended from both Judaism and Christianity. But it was a long journey for her to get there. Jacobson realized she believed in a higher power in middle school, but she struggled to find an organized religion that aligned with and supported her beliefs.

She spent middle and high school exploring different religions, such as Buddhism, and attending different churches around her. However, nothing stuck until Jacobson attended her friend’s credo, or coming of age ceremony, at the First Unitarian Universalist Congregation of Ann Arbor.

“I fell in love with the church and [its] beliefs and how open they were to everything, how accepting and loving everyone was,” Jacobson said.

The Unitarian Universalist church is dedicated to spiritual growth, as well as finding truth and meaning in life. It is known as a liberal religion that accepts all and has no creed. The seven Principles of Unitarian Universalism focus on kindness and giving back to the community, which stood out to Jacobson.

Religion has been a battle for Jacobson throughout her life. When she was young, Jacobson’s extended family pressured her parents to raise her and her brother Christian, which caused tension and anger within her household. When Jacobson joined the Unitarian Universalist church, her father was ecstatic.

“[My dad] appreciated that there was somewhere that he could go with me [where] he could still be in touch with religion,” Jacobson said.

However, her newfound spirituality was not met with the same reaction from the rest of her family members. Jacobson’s mother went to a Lutheran school with an unwelcoming and strict environment when she was young. This experience made her unwilling to raise her children in religious surroundings, and her brother was strictly atheist. On Sundays, it was just Jacobson — and sometimes her dad — at church. This created a divide within her family.

“One year, on Christmas, I made my whole family go to church with me for the service, and my mom wasn’t taking it seriously, and neither was my brother,” Jacobson said. “It created a weird clash where I wanted them to take this Christmas service as seriously as I was, but they weren’t.”

Jacobson loves the community and culture she has found in her church, but still struggles with her spirituality. She finds it hard to deal with the uncertainty of religion and her beliefs.

“The thing is, we really don’t know anything,” Jacobson said. “There are so many religions that have basic ideas of how the universe works  — about gods, about afterlife, about values — and we don’t know any of it [for sure].”

Religion is a giving and caring experience for Jacobson. A pillar of the Unitarian Universalist church is giving back to the community and supporting the people around you. Jacobson values spreading goodness around her; she is in school to become a nurse in order to help people every day. Helping the people around her has allowed her to find value in herself, as well.

“I decided that that’s why the universe, or God, or whatever you want to call the higher power, put me here,” Jacobson said. “To help others.”

Growing up, Eva Klayman, a sophomore at Pioneer High School, spent her Saturdays and Mondays in Hebrew school at Temple Beth Emeth. Klayman is non-binary and uses the pronouns she/her and they/them. They learned songs, memorized blessings and said prayers while giggling and whispering with their friends. Although she disliked being sent off to another school on the weekends, Klayman loved growing up in the temple and being close to her people.

“I still view Judaism with as much wonder and awe as I did when I was a kid,” Klayman said.

Judaism is an ethnic religion — a religion associated with a particular ethnic or cultural group. For Klayman, this makes being Jewish go deeper than attending temple and completing her b’nai mitzvah. Judaism is Klayman’s ethnicity and her ancestry. She considers it her number-one important identity, and, without it, they would consider themselves an entirely different person.

“I will never understand shying away from your Jewry,” Klayman said. “I don’t understand why you wouldn’t want to consider yourself Jewish if you were ethnically Jewish and born Jewish.”

As Klayman has grown older, she has begun to explore and appreciate other cultures and viewpoints, as well as recognize the flaws in Judaism. In a mesh of Judaism and other religious perspectives, Klayman is able to find the spiritual beliefs that speak
to them. The internet has allowed Klayman to explore different viewpoints easily.

“I’ve become more aware, as I age, of the structural flaws in any organized religion; they do exist in Jewish worship,” Klayman
said.

Klayman is still exploring her beliefs on the existence of one true God. Although they know He loves them and is cheering them on, they cannot help wondering why He is not helping them along in life. However, Klayman believes that God is out there and looking out for her, even if He is just spiritual energy hanging out in the universe.

“I do find myself referring to [God] a lot, because it’s comforting to have an idea of someone looking out for you and your people,” Klayman said.

Although Judaism is not perfect, it has helped Klayman feel accepted, especially as an LGBTQ person. Gender nonconformity and transgender people are both mentioned throughout the Torah, Judaism’s sacred text. Genesis Rabbah 8:1, written in 400 C.E., reads, “The first human being was created wholly female and wholly male at the same time.” The Mishnah, a collection of Jewish texts and law, describes eight different genders.

As a non-binary person, the history of gender nonconformity explored in the Torah and in Judaism is significant to Klayman. The historical acknowledgment and acceptance of more than two genders has helped Klayman grow into herself with the support of her religion and culture. Overall, being Jewish allows Klayman to view the world from a wider perspective. They have always viewed Judaism as something that opens her up to empathy. Klayman feels like it connects her to something bigger: she has spent her childhood learning songs and blessings that millions of other Jewish people across the world learned as well.

“We’re going to be singing [these songs] in different places across the world forever,” Klayman said.

Over the past year, Katie Ristich, a sophomore at Pioneer High School, has become increasingly religious and involved in her church.

Ristich first went to a high school service at 2|42 Community Church after her mom’s friend recommended it. She is now a middle school group leader at 2|42.

“I went, and I just fell in love, and I dove deep into it,” Ristich said. “I started reading my Bible and listening to what they’re saying and realized there’s a real connection. I was so nervous [the first time I went]. But I walk in, and I get greeted by five people, and then I meet my small group leader, Jill, and she’s just so nice to me. I’m in disbelief. Then everyone in my group, the other teenage girls in ninth grade, they’re all so nice to me.”

Ristich has found a second family at church and in her small group.

“They are people who love you no matter what,” Ristich said. “And because a lot of people, especially in Ann Arbor, are not Christian, it’s hard to have conversations like that. It’s a safe space. People tell all sorts of things, and usually everyone is crying by the end of the group.”

Ristich is the only Christian in her household, which has come with challenges.

“It gets tough, [reconciling] what the Bible says versus what [my family members] say,” Ristich said.“Usually, I let it roll off. They used to be a negative influence [and] hated on me, saying church was stupid, but I think they’ve gotten used to it now.”

Ristich has struggled to form her own beliefs when they differ from her family and friends. By going to 2|42 and reading the Bible, Ristich has begun to solidify and develop her beliefs.

“When everyone in your life is telling you you’re wrong, reading the Bible every day [helped] me [and] answered every question I could have,” Ristich said. “God has shown me and Jesus has shown me who they are, and I love them.”

Ristich has made reading the Bible and prayer books part of her daily routine; she reads around four chapters a night, which is around an hour of reading. To track her reading, she journals what she reads and feels and writes down verses that stand out to her.

“I’m growing to be my own person, and I’m following God’s plan,” Ristich said. “It’s made me a new person. It has taught me everything I know and taught me how to love others. It’s led me to be able to get past things. I am enlightened; I’m thankful to wake up every day; and I’m thankful for all the blessings God has given me and grateful for God.”

Ristich sees herself being involved in the church, whether that is 2|42 or another, for the rest of her life. She hopes to be a group leader when she gets older.

“I don’t know what my life would be like without God now,” Ristich said. “I’m definitely thankful to have him in my life, and I think I’m gonna stick with him.”