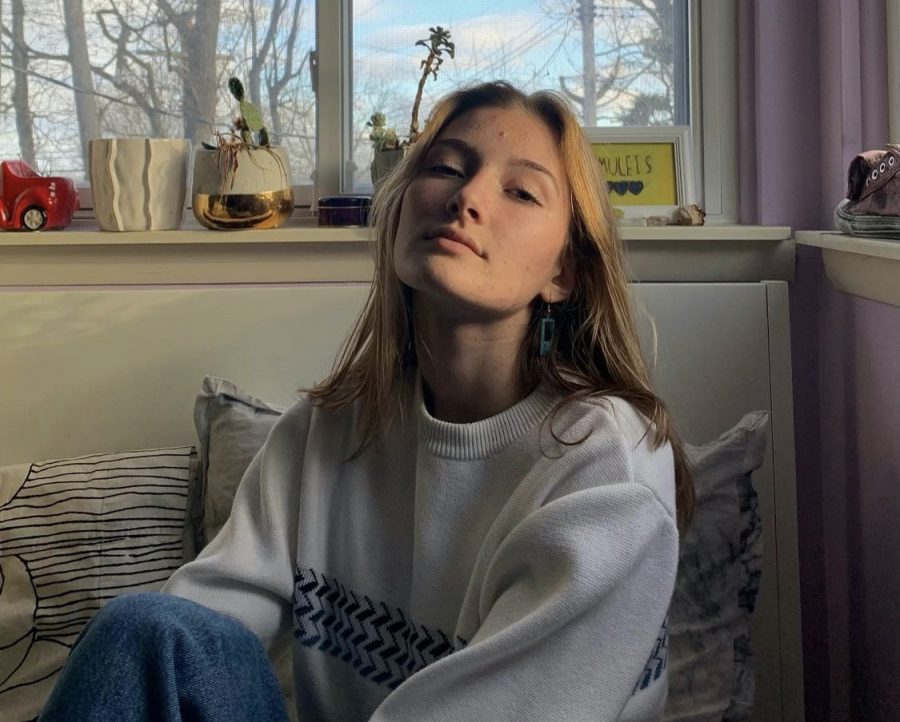 After a lifetime of feeling scared to share her writing, Pioneer High School sophomore Molly Carlson has been able to push past that fear with her website, Good Morning Molly.

Carlson started writing for fun at seven years old. She’d jot things down as they came to her, and over time, they would collect into a short story or poem. However, her writing was inconsistent until her freshman year English class. The class helped push her into her love for writing, and it has morphed into a standard part of her day.

Since then, Carlson has filled hundreds of journals and notebooks with everything from poetry to stories to song lyrics. “Illusion of Perfection” was Carlson’s first stand-out piece. The poem focuses on a girl who, on the surface, is seen as perfect. But in reality, her day-to-day struggles are the opposite of perfection. Despite not being published anywhere, the piece helped her realize she finally had the perfect way to express herself.

“It’s really a coping mechanism for me to reroute bad situations, as well as reflect on the things I’ve accomplished and be proud of myself,” Carlson said.

After lots of encouragement from her friends and family, Carlson knew she wanted to start sharing her work. On New Years Eve, she made a resolution to move past her hesitations and do just that.

“I’ve always been scared of confrontation and scared to upset anyone, including myself,” Carlson said. “Since it was a new year, I decided I wasn’t going to be afraid to let myself be heard anymore.”

In the last week of January, Carlson launched her website. The inspiration for the name “Good Morning Molly” came from her friend who says “good morning” at any time of the day. The site shares all forms of writing, as well as art and photography. The website has a submissions page for the general public to send in their work as well; Carlson curates the submissions as they come in and sets them up for publication.

Carlson opened submissions on her site to give others the opportunity to share their creativity. Submissions can be anonymous or identified, and Carlson thinks this helps encourage people to get their work published. She believes that reading others’ words can help people feel less alone, as well as inspire bravery to share their own work.

“Don’t be afraid,” Carlson said. “Speak your mind without worrying about backlash or people’s opinions. Your unique opinion is the most important thing. A lot of us are similar in ways that we don’t know. Expressing those things and really talking about them allows us all to be more comfortable with each other.”