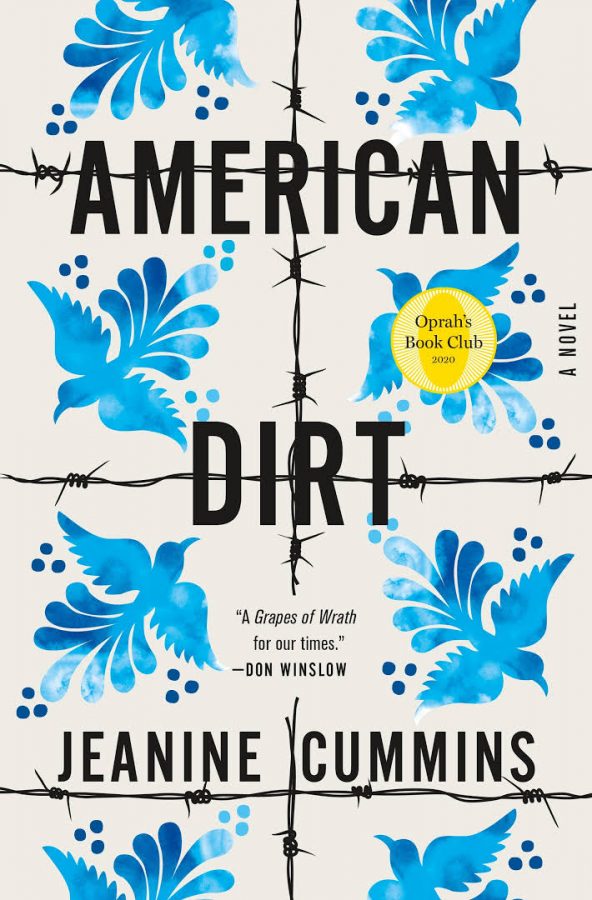 We constantly see stories on the news about immigrants being at the borders. We see their situation from the outside, in the comfort of our own homes. We don’t know about their experiences, perspectives, or lives. There are many unique stories to learn about. In “American Dirt”, Jeanine Cummins uses her five years of research to create a compelling and intimate story. The book has the ability to alter the ways in which we see migrants that are making their way to the United States.

“American Dirt” is an extraordinary story about love and human hope. The page-turner will make you crave the words on the next page like never before.

The book was a part of Oprah’s Book Club in 2020. However, Cummins received backlash on her novel, readers questioned the value of her perspective because she was not a Mexican migrant. Cummins admitted that she resisted telling the story from a migrant’s point of view at first because she questioned if she knew enough. She recognizes that her privilege could make her blind to certain truths, ultimately not telling the full story of a migrant. Although Cummins was hesitant about her qualification on the topic, she made a great effort to express the struggles of migrants.

The book starts in the Mexican city of Acapulco. Lydia Quixano Pérez owns a small bookstore there. Her life is full of love from her son, Luca, and her husband, Sebastián. Sebastián is a journalist, he exploits the rapidly increasing drug cartel businesses in Acapulco. The cartels take over the city, invoking violence and murder.

Being a journalist in Acapulco is dangerous. It’s only a matter of time before you exploit the wrong person at the wrong time. For Sebastián, this was Javier, the boss of a gruesomely powerful cartel in Mexico. Little does Sebastián know, his work would become his family’s undoing, Lydia and Luca’s lives would never be the same.

When Lydia and Luca are forced to flee Acapulco, they have to cover their tracks well. They are hunted closely by Los Jadineros, the cartel has widespread connections. Lydia and Luca were once living a comfortable life in a small city, and they are now migrants on the run. This made me realize how quickly life can change course, and how you shouldn’t take anything for granted.

The only way to safety is to get to the United States, where Los Jadineros lose their connections.

The journey from Acapulco to El Norte is long, especially for eight-year-old Luca. Along the way, they face roadblocks that question their determination. Lydia and Luca have to open their hearts to strangers and blindly trust their intentions throughout their journey while never knowing who is part of Los Jadineros.

Lydia and Luca are also robbed of most of their money by corrupt police officers, forcing them to complete the journey with a nearly empty pocket. The trip is too long to take by foot, so they must learn how to ride the train, La Bestia, that thousands of Migrants die on every year. In this situation, I realized how brave young Luca was to jump onto a moving train. My heart dropped along with Lydia’s every time she watched him make the jump.

In the last leg of their journey, they find themselves in Nogales. They must cross the desert by foot with a coyote to get to El Norte. The brisk conditions of the desert push some of their acquaintances past the breaking point. I will never forget their exhaustion and thirst in the desert, it still haunts me.

This is just one story, a fiction story. In no way does this book claim responsibility for all migrant journeys. Admittedly, some details of this novel are incredulous, and I could never speak to the accuracy of this book’s representation of a migrant’s journey. However, “American Dirt” is a riveting read infused with the perfect balance of love and terror. This book expresses the endless longing for human hope.