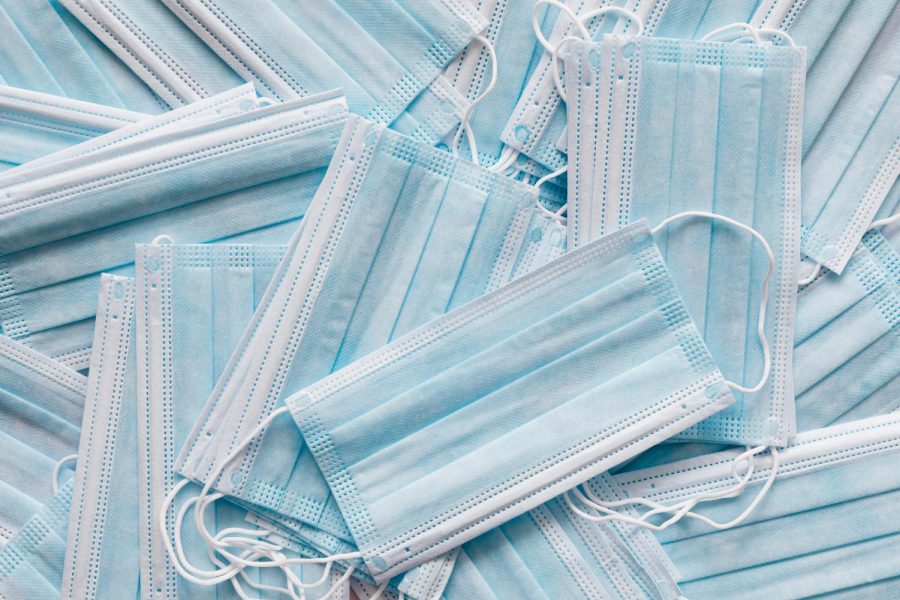 Undoubtedly, 2020 brought unprecedented hardships. As we rang in the new decade over a year ago, it was almost impossible to imagine the full ramifications of the coronavirus and subsequent pandemic. But
here we are at the beginning of January 2021, 356,005 deaths and 20,960,096 cases of Covid-19 later.

Often, the perils of the past 12 months have been blamed on the year alone. The 2020 mentality is the
scapegoat for the perils and significant events of this past year: a pandemic, a resurgence of the Black Lives Matter movement and a historic Presidential Election. This mentality allows us to blame the defining moments of 2020 on the year alone, making us hopeful that, with the ringing in of the new year, our problems will disappear. After months of stay-at-home executive orders, watching Covid-19 cases surge and protests erupt in the streets, the new year was highly anticipated after enduring the extreme.

But it is unfair to assert that the troubles we have experienced are caused by the date on the calendar. As
the clock struck midnight on Jan. 1, the problems we have faced locally, nationally and internationally did
not immediately dissipate. In fact, they are proving to withstand the test of time, forcing us to bring these
hardships with us into 2021. While many Americans have been vaccinated for Covid-19, a variant of the
virus is present and record-breaking cases and death counts are still recently burned into our consciousness.

There are still millions of other Americans to vaccinate, and although there is an end in sight, herd immunity for Covid-19 seems like a fantasy. The legacy of the Black Lives Matter resurgence is
still prevalent in the new year. On Jan. 5, the police officers who shot Jacob Blake, a Black man from Kenosha, Wisconsin, were released without charges. This verdict, consistent with many other instances of police brutality against Black Americans, is further proof of the deeply ingrained injustices within the system upon which our society operates. These disparaging inequities were not caused by 2020 — they have been prevalent since the founding of our country. And, as exhibited by Blake’s case, they have not disappeared in 2021.

More notoriously, the 2020 Presidential Election has emerged in the New Year. On Wed. Jan. 6, an insurrection was instigated by President Donald Trump at the Capitol. Trump’s most fierce supporters — a homogeneous group of people, flaunting their Make America Great Again paraphernalia and waving their “Trump 2020” flags — pledged allegiance to the President’s legacy. The “Stop the Steal” sentiments, accusing the results of the election to be illegitimate, were promoted by Trump and his supporters, thus propelling the 2020 election into the New Year. And for inciting this insurrection, Trump now faces his second impeachment hearings before the House of Representatives on Wed. Jan 13.

The three most defining events of the past year are not testaments to the 2020 mentality — instead, they
negate it. The pandemic, the social movement and the election prove how embedded injustice is within our society.

The severity of the past year was caused by a widening of the cracks within our system — cracks caused by
a country founded upon injustice and atrocity. During the pandemic, health disparities among Black and
Brown communities in the U.S. became prevalent. As these communities contracted and died from Covid-19 at vastly higher rates than whites, the racism within the healthcare system and the social determinants of health — housing security and location, education, economic stability and social networks — were exposed.

Inequality underpins the other issues faced this past year. The oppression and subjugation of Black Indig-
enous People of Color (BIPOC) was instigated at this country’s inception. And as 400 years of a strict social hierarchy ensued, this founding principle only compounded. Police brutality against Black Americans is by no means a new phenomenon unique to 2020. The resurgence of the Black Lives Matter movement is exactly that — a resurgence. Black Americans and other marginalized communities must take to the streets to decry the injustices committed against them, as our system has continually excluded them throughout history.

The historic election underscored the weight of certain communities’ voices in our country. Politicians
like Stacey Abrams worked diligently to register disenfranchised communities and encouraged first-time
voters to make an appearance at the polls this past November. Her work, along with many of her colleagues’, is largely seen as the reason why Georgia voted blue. This feat is considered especially groundbreaking when compared to the country’s lengthy history with disenfranchisement among communities of color, specifically for Black Americans. Your vote is your voice, and 159,690,457 voices were heard this past election, according to the United States Elections Project. But the voices that have proven to be the loudest are those denying the results of the election, carrying out an insurrection at the Nation’s Capitol. When compared to the long history of disenfranchisement, the emphasis
placed on the voices of those that participated in the insurrection is painfully prevalent. These people were
able to walk into the Capitol to denounce the results of the election, while many others voted for the first time.

The problems of 2020 were perpetuated by the unequal cracks in our society. These issues were always
there, and it was inevitable that they would eventually erupt.

If we truly want 2021 to be different from 2020, we must work together as a country to address the issues
that lie behind the cracks that have emerged. Although we have adapted to the pandemic and the challenges that have accompanied it, we should not have let this situation escalate to the point where we were able to acclimate ourselves. Our handling of the issues brought by 2020 has followed suit with the handling of other epidemics of injustices, as we wait for them to exponentiate to their ugliest forms until we take reactive measures.

2020 was a year of trial, testing us through our toughest moments. But the only way to move forward
is to attack these problems at their core.