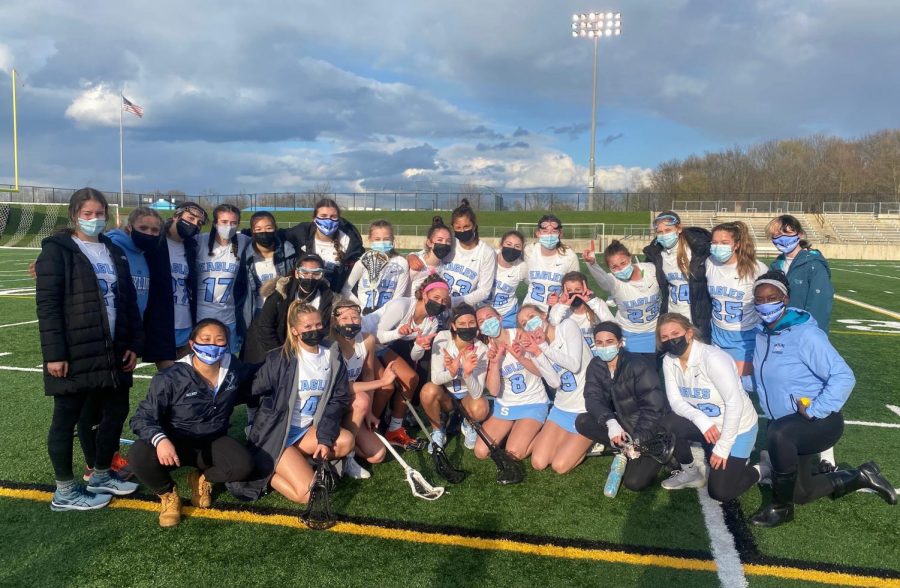 The snowy weather did not impact the intensity of the close game. In the first two minutes, Pioneer had a 2-0 lead over Skyline who quickly recovered, making the score 2-1. The game was always within a few points, the biggest goal differential being three. The final score was 15-14.

Ailish Kilbride, a Community freshman, shared this victory with her team.

“Beating Pioneer was such a big accomplishment not only for all of us as individuals but for the program at Skyline,” Kilbride said. “When the scoreboard buzzed for the final time the feeling was unmatched! I can’t wait to play Pioneer again.”

Skyline scored 56% of their shots. They stopped 62% of Pioneer’s clears. There were also two yellow cards given to Skyline in this game, each player serving two minutes off the field.

“Coming into the game, I knew that it was going to be a challenge,” Courtright said. “I was determined to play my best game and everything paid off.”

Another Skyline student, Madi Masek, had tears of joy after the game.

“We have never beat [Pioneer],” Masek said. “To be the first Skyline team to win against them was an unexplainable feeling.”