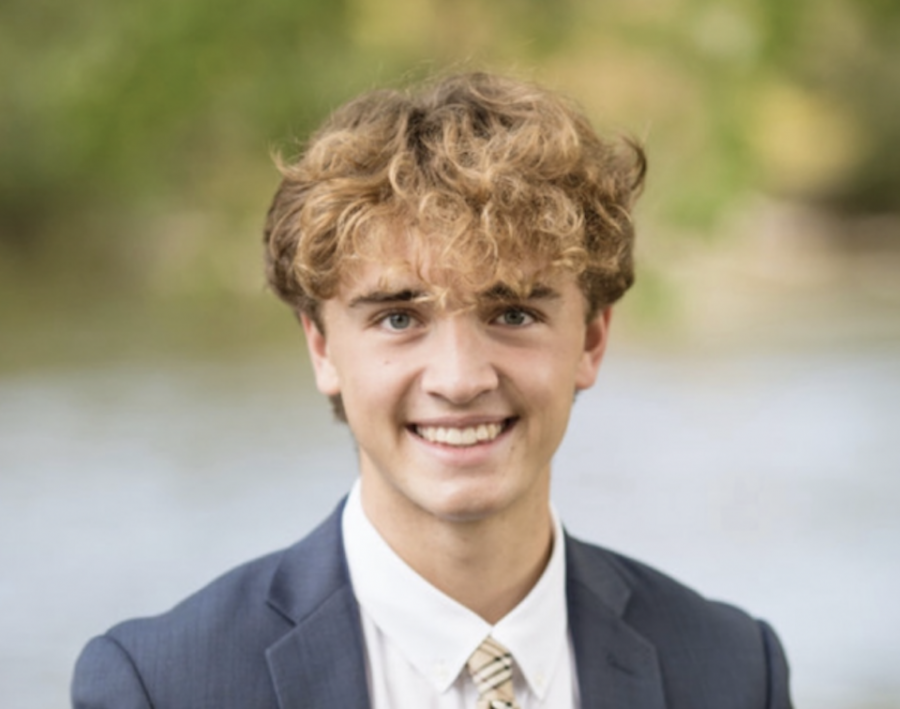 Finn Kilbride, a senior at CHS, is wrapping up his high school experience. Kilbride is excited to move on with his life, but he is going to miss his days at Community.

When reminiscing on his time at Community, Kilbride is going to miss the relationships that he has with his teachers most. He has been to other schools but is much closer to his teachers at Community.

Looking back on his first year, Kilbride remembers feeling miniscule. “I was just a young freshman trying to find my classes and getting lost,” Kilbride said. “Teachers and upperclassmen would help me find my classes which helped me become more comfortable.”

If Kilbride were to describe CHS in one word, it would be “inspiring”. Kilbride said that Community teaches you how to be a part of something bigger than yourself, and inspires you to move on and create a better future. “Community gives you an opportunity to be involved with your community, thus the name Community High School,” Kilbride said.

For incoming freshmen, Kilbride would say that it is important to get a good base GPA. He said that you don’t want to start off on the wrong foot or you’re going to spend the rest of high school trying to dig yourself out of a hole that gets deeper and deeper.

Next year, Kilbride is studying business and entrepreneurship at Colorado Boulder University.

Reflecting on his years at Community, Kilbride has been influenced by his teachers. He wanted to make sure that he left some words behind for his favorite teacher:

“Thank you for helping me throughout quarantine and all of high school. With me missing so much school for hockey and other events, getting extra help from you made my time in high school much easier and more enjoyable. I will miss you so much next year.”