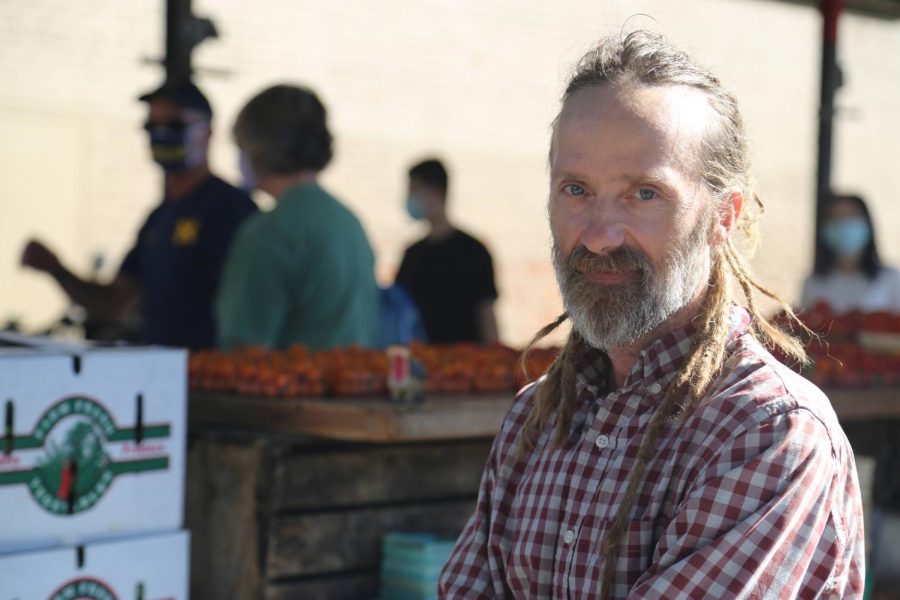 Andy Strahan used to be a hard-working trial lawyer, with 30 years of experience behind him. He made the life changing switch three years ago to become a farmer, now spending his time working and selling produce for the organic farm, Tantré.

“Being a rich lawyer was nice, but it didn’t make me happy,” Strahan said. “Being a poor farmer makes me very happy.”

Although Strahan’s switch improved his life, it wasn’t widely accepted by most of his family. “My friends were all very supportive, my siblings were not.” Strahan said. “My mom was supportive, my dad is dead. He can roll around in his grave if he doesn’t approve.”

Throughout his whole life, Strahan’s mother was his biggest supporter, even though he considers himself the black sheep of the family.
“I always did well in school.” Strahan said. “My siblings were the opposite, all bad kids.”

This made it hard for Strahan’s siblings to accept his new career change. His siblings were skeptical and didn’t see the point or value of his decision.

Strahan’s job of being a trial lawyer packed on a lot of responsibilities and stress that sometimes felt unmanageable. When he decided to let go of those responsibilities, Strahan felt that he didn’t have a reason to be stressed.

“I’m lucky to be a single guy without a lot of responsibilities.” Strahan said. “And once I shed those responsibilities, in other words, all those lawsuits I used to handle, it was a real easy transition.”

As the manager of the Ann Arbor Farmers’ Market stand and CSA program, Strahan spends his days working outside. His new responsibilities include making sure that 500 people get one box of food each week.

Strahan has also noticed how much more appreciative his customers at the farmers’ market are compared to his clients in the courtroom.

“Being a lawyer all those years, I could count on my hand the amount of times people thanked me.” He said. “Even when I won, even when I saved their asses, it didn’t matter. I was just doing a job”

Strahan knows what it is like to be unhappy in your profession, and since he has made the switch he has become a stress free, happy person. He realized he enjoys working with his hands outside more than being in an office with his head.

“You really have to take time to reflect on what kind of life it is that you wanna live,” Strahan said. “It makes a really big difference.”