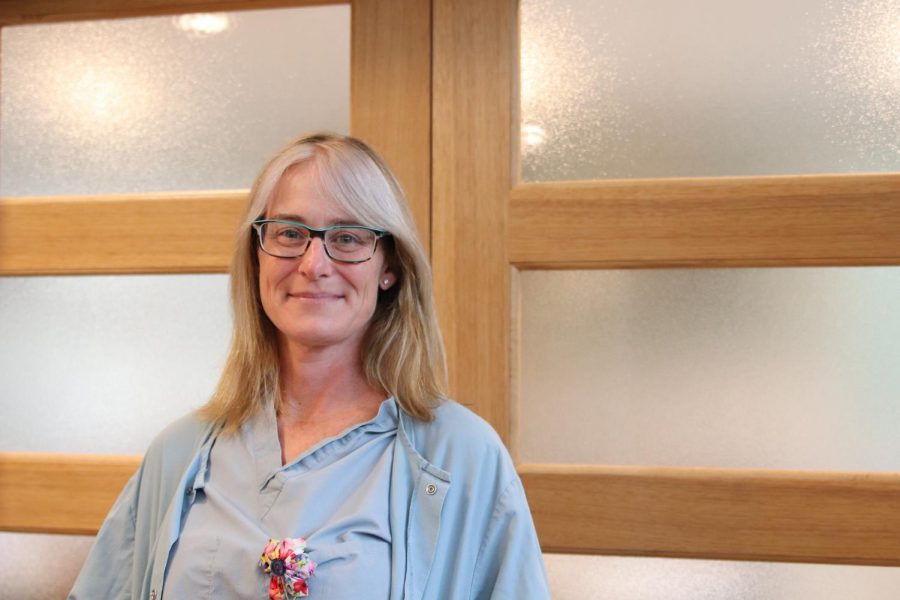 Sara Bachman has always had a passion for helping people. Her dad was a patient in hospice, and after he passed, Bachman decided to volunteer in hospice.

“My volunteer work was what got me interested in working with people,” Bachman said. “I chose anesthesia because it [combined] a bunch of different areas of medicine and ways to help people.”

Beginning medical school for anesthesiology was extremely exciting for Bachman, but tiring as well. She had to make a lot of sacrifices to balance working, reading and studying.

Becoming an anesthesiologist wasn’t always a positive or easy road. Bachman faced, and still occasionally faces, discrimination in her industry.

“I still have moments where I will walk into a room and patients will think I’m their nurse instead of their doctor,” Bachman said.

Once during residency, Bachman complained to one of her close coworkers about how tired and overwhelmed she was. A man who was standing close by overheard their conversation and approached without invitation.

“He told us that we didn’t need to be here and that we could just find a husband and then we wouldn’t have to be here in compliance,” Bachman said.

Although Bachman has encountered a few discriminating experiences, patients have had positive reactions and praised her for the work she is doing as a female anesthesiologist. Many patients have positive responses, viewing Bachman’s role in her industry as an inspiring example of women in male dominated careers.

“I will introduce myself as their doctor and the patients will get excited and explain how they have never had a woman anesthesiologist before,” Bachman said. “It makes me realize that there’s probably not enough women physicians out there to normalize women in medicine.”

The percentages of male and female anesthesiologists are still not equal, but the amount of women being introduced into the industry is slowly increasing.

According to the Association of American Medical Colleges (AAMC), women make up 51% of medical school classes compared to men, who make up 49%.

As more and more women apply to medical school, the more gender balance there will be in medicine. Bachman does her best to continue this increase in the industry by putting the idea of becoming a woman in medicine out into the world.

“I do my best to encourage young women who are interested in medicine to go out and try it,” Bachman said, “I make sure to remind them to reach out if they ever want to talk about it or are interested in knowing more about the profession.”