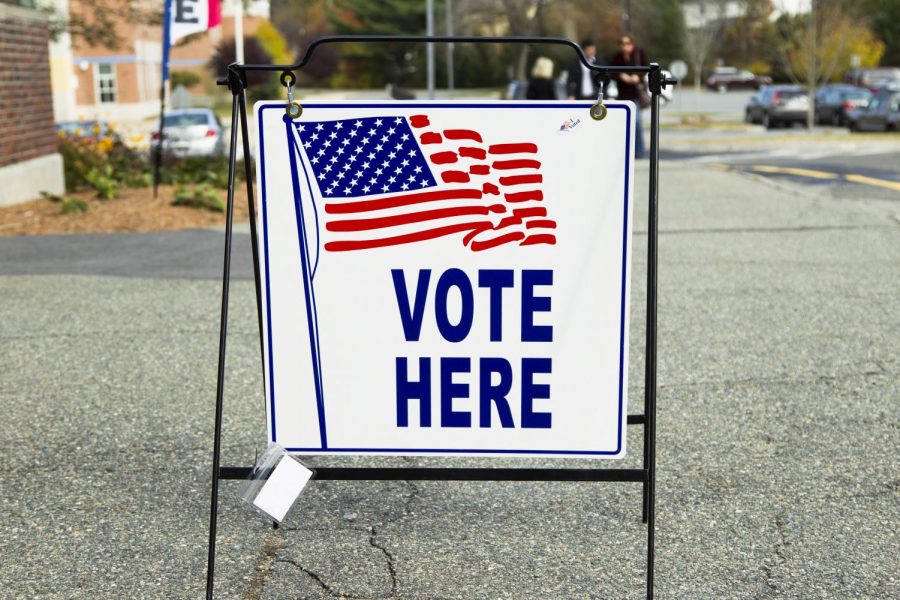 The ranked-choice system is more commonly used internationally, but it is also used by some large American cities, including San Francisco and New York. Alaska is the second state to implement it. (Dreamstime/TNS)

Picture this: you are a high school senior, applying to college. There’s an ultra-competitive school you have dreamed about attending since you were a little kid. The campus is beautiful, the teachers are brilliant and the cafeteria is a fivestar restaurant. There are plenty of other colleges that you would be okay with, but nothing quite like this “dream” school. But of course, getting accepted is a tall order. Now, picture what we will call your “nightmare school.” The tuition is through-the-roof, the classes are notoriously boring, and the dorms are the size of a walk-in closet. What if your guidance counselor told you that you could only apply to one college, and you were not allowed any safety schools? If you didn’t get accepted to that school, you would be forced to go to your “nightmare school.” Would you apply to your dream school, knowing that it is a long-shot to get in, or would you play it safe with a middle-of-the-road school that you know will take you?

In a conversation with Lisa Disch, a University of Michigan political science professor and Ann Arbor City councilwoman, she described how this metaphor is similar to our current election process. “That’s the position that plurality voting puts us in when we know that by voting for our favorite candidate, we risk throwing the election in favor of the candidate we would never vote for,” Disch said.

Among the Ann Arbor City Charter amendments on the ballot this November is a proposed amendment relating to the use of ranked choice voting (RCV) in Ann Arbor. RCV is a system where voters rank candidates in order of preference, instead of choosing just one, even in a race for a single office. When the votes are tallied this way, the candidate who receives the fewest votes is eliminated, and the votes received by that candidate are redistributed to their voters’ second-choice candidates. The process continues until one candidate receives a majority of the votes and is declared the winner. This amendment proposes that the mayor and city council members should be nominated and elected using RCV when it is authorized by State law.

The RCV system gained national attention when New York City used RCV in their municipal elections in the summer of 2021. It is also used in many other cities, such as San Francisco, California and Eastpoint, Michigan. Other countries, such as Australia, have been using RCV for a century. Ann Arbor previously used RCV for a period of time in the 1970s, during which the city elected its first Black mayor, Albert Wheeler. However, RCV was repealed after it came under fire by the press and local Republicans. At the time, its detractors dubbed it as ‘too confusing,’ and questioned its constitutionality. Still, RCV had diversified the city’s candidate pools and prevented vote splitting. It is time to bring RCV back to Ann Arbor.

RCV eliminates the current problem where individuals feel like they’d be wasting their vote if they don’t think their preferred politician will win. This system allows voters to truly vote for their favorite candidate — even a third-party candidate — without worrying that doing so will indirectly benefit the major-party candidate they like the least. With RCV, if someone’s preferred candidate doesn’t win, their vote will be transferred to their second choice.

RCV also promotes the election of consensus candidates. Currently, in Ann Arbor, a candidate only needs a plurality of votes to win an election, which means that in elections with multiple candidates, they can win with far less than a majority of the vote. RCV promotes candidates who have support from a wider variety of different voters, and whose views reflect a stronger consensus among citizens.

Historically, in politics, voters are exposed to lots of negative campaigning and attack ads. In 1964, Lyndon B. Johnson’s campaign team released one of the most famous attack ads of all time, known for its emotionally terrifying warnings, titled “Daisy.” President Trump also led a very negative campaign, often painting an apocalyptic portrait of life in the U.S. under the Biden administration. RCV encourages candidates to campaign based on the issues they are passionate about, and discourages negative campaigning, or mudslinging. If a candidate is trying to court a second-choice selection by voters, they won’t succeed by trashing a voter’s first-choice candidate. Positive campaigning will engage more citizens in the political process, who may currently be turned off by the constant negativity and name-calling so prevalent in political campaigns today.

Critics of RCV argue that the system is too confusing for most voters and the process of counting the ballots can be grueling. It also assumes that voters have the bandwidth to thoroughly research all of the candidates well enough to put them in order. It could be seen as a turn-off to potential voters who are used to voting a straight-party ticket or who simply feel like it is too much work. But governance of a city is hard work, and it deserves an informed electorate.

Although it is true that this system is fairly new, with proper voter education and available resources, RCV is easy to navigate and understand. And for voters who typically vote for one of the two major political parties, it still gives the option to only vote for a single candidate.

RCV gives us the opportunity to create a more informed and engaged electorate. It allows citizens to look for the candidates who best fit their ideals, rather than feeling pigeon-holed into voting for one of two major political platforms. RCV allows voters to feel heard.