Minority groups are still continuously thrown into the shadows and encounter oppression everyday despite our aid in forging this nation. I, a Black and Latino young man, still face the struggles of my fallen ancestors. 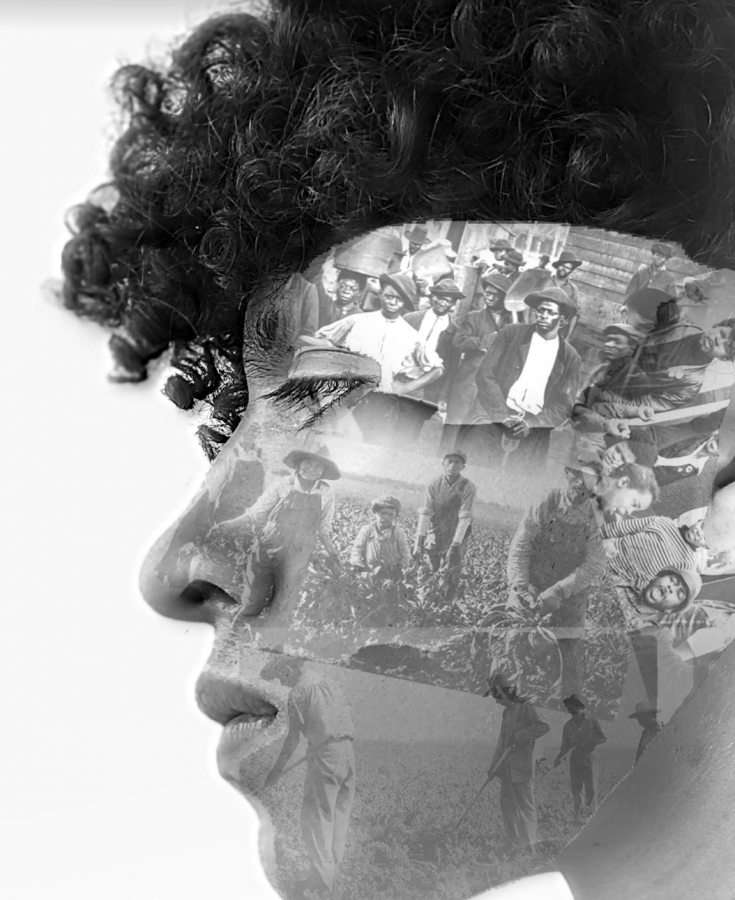 My Latino and Black brothers’ and sisters’ continuous antipathy has gone on for far too long. As a Black and Latino high school young man, I have been discriminated against countless times. I’ve been called racial slurs, followed home, called a “beaner” and a “monkey,” too. Since the dawn of slavery and the end of the Mexican Revolution, racial tension persists.

During the depression of the 1930s, competition for scarce jobs grew fierce; U.S. citizens replaced Mexicans.

Latinos have always had to hide in the shadows to not be persecuted. We are reckoned as the “invisible minority,” an expansive community withdrawing from public life and retreating into a kind of shell.

How can it be that the lives of so many minorities still haven’t changed in 100 years?

Perhaps one of the problems is our tendency to rely on authority figures, including U.S. presidents. Minority communities still live on lonely islands of poverty because of the segregation our nation created 400 years ago, and it still affects our reality today.

In the U.S. alone, severe poverty affects 16.1% of Latinos and 12.2% of African-Americans. Many Lati- nos live in the shadows because they are not welcomed or recognized as citizens and risk deportation. While some conservatives question their right to be here, many come to earn high wages they can send home to their families.

Yes, our world is not nearly as segregated as it once was, but Latinos’ lives haven’t changed much since the 1930s. During that period in time, Mexicans were persecuted and coerced out of the U.S. During that same period, Americans wanted to expel Europeans, Italians, Poles and Jews, but they were never gathered in mass and sent back to their home countries. How different does that sound from today?

What would life be without Latinos and immigrants? What would the “American dream” be like?

It is projected that by 2028, 20.9% of the labor force in the U.S. will be made of Hispanics and Latinos, making it the largest minority and immigrant group in the U.S. Latinos have had the highest workforce percentage of any other immigrant group since the 1950s and have been growing ever since.

Latinos have taken rural towns and turned them into industrial metropolises, but that story is largely untold. Without Mexican labor, much of the infrastructure in the U.S. would not exist, as Latinos make up 27.3% of the construction workforce in the U.S.

[We] Latinos are labeled as the “invisible threat” because some peopleS tend to believe immigrant groups “steal jobs,” but it’s actually the complete opposite. Immigrants tend to work unpleasant, back-breaking jobs that native-born workers aren’t willing to do. Immigrants work in “essential critical infrastructure” jobs that improve the labor market efficiency and support the aging U.S. population. They keep Americans fed, healthy and poised for economic recovery.

When I’m 39, it’s projected the U.S. will be minority white, but we can’t live with discrimination until that point. Things need to change. Not so the white population can experience the tribulation of discrimination, but so nobody will.

Being Black and Latino, I face the hardship of hatred from both angles, as Latinos have been racialized throughout history. Every Latino or Hispanic is automatically categorized by their racial characteristics as a “Mexican” or “an illegal” and are looked upon as second-class citizen. I’ve had to face being profiled, stereotyped and looked at as a criminal. I’ve even had to watch my back from those who are supposed to protect me.

We’re treated as the enemy, but hasn’t the Black community been treated similarly for the last four hundred years? The Black community has faced ineffable hardships that come from corroding bitterness. We face hatred, violence, lawlessness and watch communities perish. What is it that has poisoned souls and filled the world with hate?

I’m tired of living where I am discriminated against. When I’m looked upon, people look at something they are afraid of; they aren’t looking at me. Black is evil. Latino is evil. I’m not a man; I’m evil. I want to be able to freely walk across the street, drive my car, or work as a free man.

Discrimination won’t stop because one man is or isn’t in office. It will only stop when every person in America realizes that I, along with all of my Black and brown brothers and sisters, are a necessary and worthy part of the American Dream.

What would life be without Latinos and Immigrants? What would the “American Dream” be like?