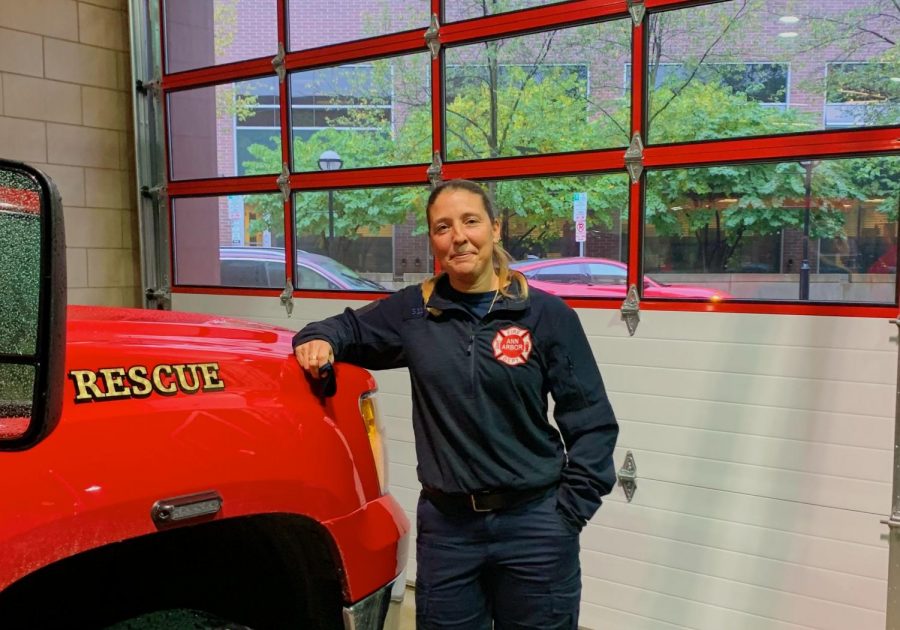 Growing up, Danielle Lalonde’s father was a firefighter. She remembers loving sitting down at the dinner table and hearing about his action-filled days.

“Some days there was a car accident, others there was a fire, the next day it was a heart attack,” Lalonde said. “It was always something totally different, which was very thrilling to me.”

When it came the time for Lalonde to graduate, she was still very unsure of what she wanted to be. Growing up, she wasn’t aware that women could partake in the industry of firefighting. Lalonde knew she was interested in the medical field but found that her grades weren’t enough to get her into an excellent medical school. She decided to become a firefighter because she could combine something she was familiar with and was interested in.

“It’s not an easy job, especially if you’re a woman,” Lalonde said. “I work 24-48 hour shifts, but schedules tend to vary between departments.”

Lalonde has found that spending so much time at the station can be exhausting, but it has helped her to create stronger relationships with colleagues.

“It almost feels like you’re a stay-at-home parent and a college student at the same time,” Lalonde said. “It’s hard to picture and explain, but it is like a family and I would not trade it for anything.”

Lalonde’s parents have been a constant source of support and encouraged her to be whatever she dreamed of being. She feels that she is very fortunate to have supportive parents who didn’t hold her back or try to talk her out of it.

“They always told me to fight my battles, but nobody else could fight them for me,” Lalonde said. “My parents definitely weren’t fighting my battles for me, but I knew I always had their support.”

When Lalonde began school to become a firefighter, she took different classes from multiple schools to ensure she got the most well-rounded education she possibly could.

While training to become a firefighter, Lalonde found that some of the male instructors could be pretty harsh and cruel to her.

“We would do a lot of blackout training where you would put a bag over you to simulate smoke,” Lalonde said. “I remember a few times where the instructors would push me around or try to entrap me and make me struggle.”

Unfortunately for Lalonde, this wasn’t the first time she had experienced gender discrimiantion. Lalonde’s school didn’t have any softball teams, so when she was about seven or eight, Lalonde joined the baseball team. Being the only girl on the team, Lalonde was picked on and harassed frequently.

“It’s crazy that gender discrimination and that form of sexual harassment can happen at such a young age,” Lalonde said. “It became something I just had to learn to put up with and tolerate, much like what I have to do now.”

Having to experience forms of sexism growing up doesn’t make it any easier to experience and deal with now, even in a professional environment.

A few years ago, Lalonde was a part of an all female crew, made up of 16 women. She recalls the other crews in the department referring to her crew as “the bitches”. There were times when the head of the departments would “forget” or just completely ignore them and not come to Lalonde’s station.

There have been more occasions like this one, but Lalonde found it most disheartening when the wives of firefighters or other women would make inappropriate comments about her.

“I’ve had times where a male firefighter would come up to me and tell me that they could no longer be friends anymore because their wife was jealous, which doesn’t make sense because it was a normal work friendship, but because I was a woman, it wasn’t allowed,” Lalonde said. “You have to always be super aware of the boundaries and make sure you don’t cross the line, but then again I’m not here to find a spouse, I am here to do my job.”

Lalonde has also had to deal with stubborn male officers who decide to ignore her during an important situation. Even when she is in charge, Lalonde has found that when it is crucial to communicate with a male officer during a situation, they rarely listen to her.

“There have been times where the officer will barely listen to me or just flat out ignore me,” Lalonde said. “They’ll go to my male counterparts and begin asking them questions. The younger male counterparts are more aware and they’re usually very good at telling them who the boss is, which I have found is harder for an older male counterpart to admit to.” 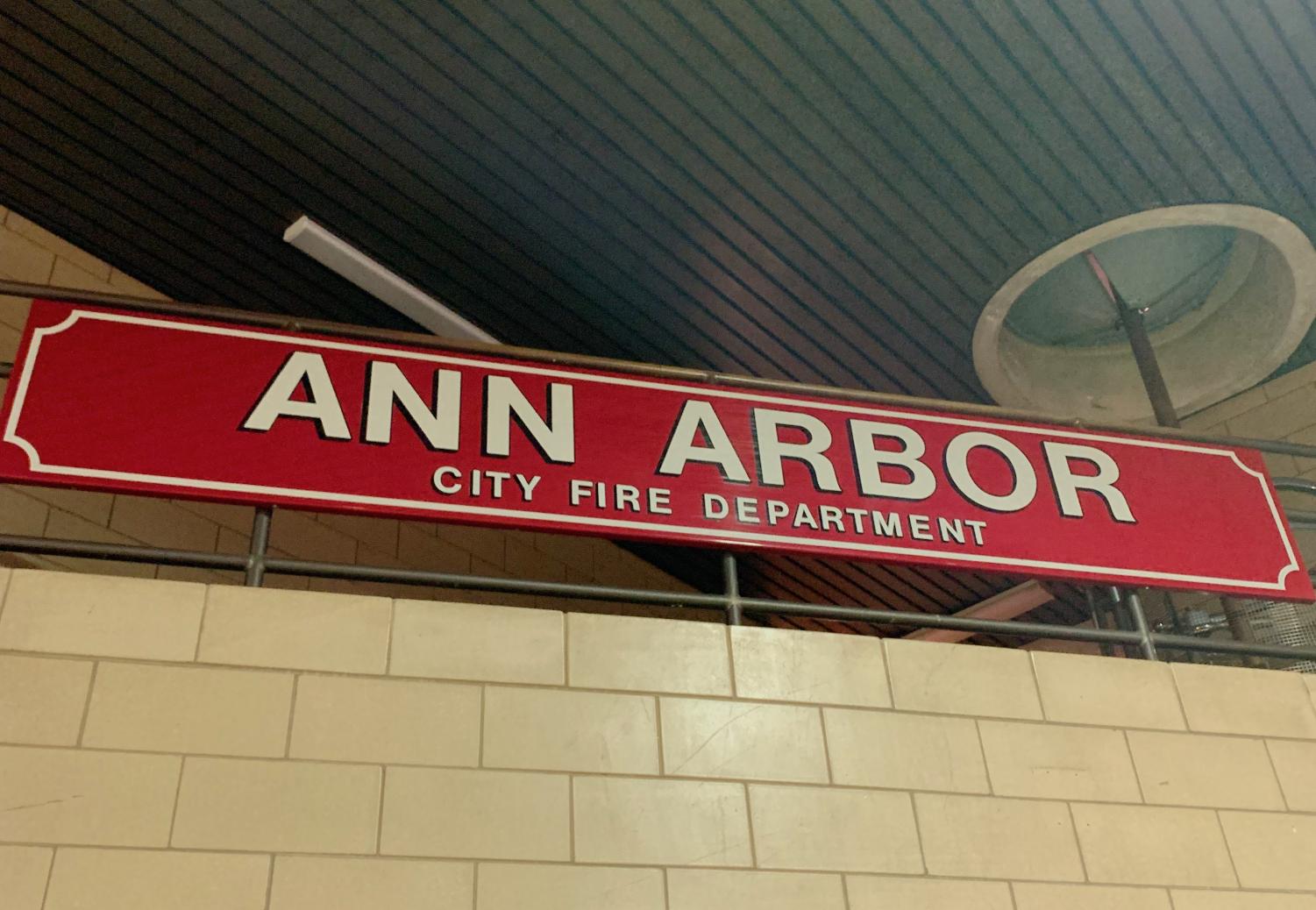 Over the past 25 years that Lalonde has been a firefighter, she has seen some changes in the number of women and other minorities within the department. Even though women only make up 2% of Lalondes department, she has hope that with more and more females joining the industry, it will help to slowly spread the exposure and awareness of being a female in a male dominant industry.

According to the National Fire Protection Association, about 33% of people in the world are career firefighters and of those 33%, only 3% are women. Meaning there are about 15,000 female firefighters in the United States. The most shocking statistic is that it wasn’t until 1974 when the first female became a career firefighter.

“I’m not a person that thinks about making waves, I just go to work and do my job,” Lalonde said. “I feel like I can be a better role model for newer female recruits because I have more information and experiences to share.”

Lalonde has done her best to stick up for the underdogs of the department: the new female recruits. She knows what it felt like to be singled out because she was the only female in the department for a long time. Since she knows the struggles of being a minority, she makes sure to take the female recruits under her wing and fill them in on everything they need to know. Eventually, they catch on to the compelling lifestyle of a firefighter.

Lalonde has learned that if she didn’t believe in herself and let people stand in her way she would’ve never received the amount of success that she has today.

“I don’t let anybody stand in my way because I know that those people who try to discourage me are just jealous obstacles that want to keep you down,” Lalonde said.