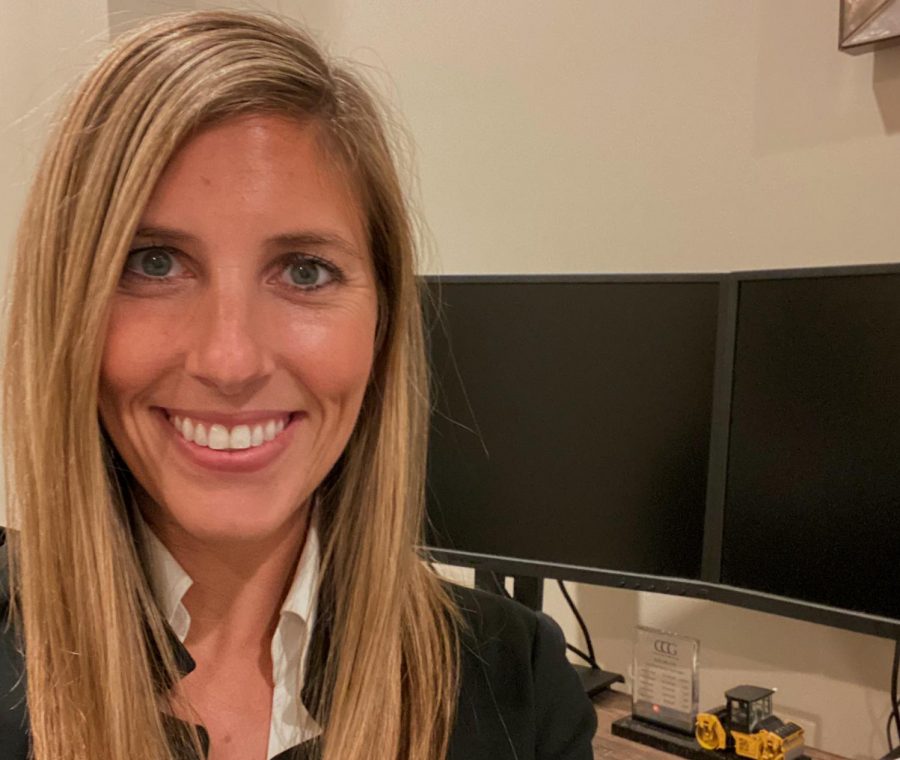 Growing up, Lauren Lannefeld always loved math. This love helped her realize she had a rather large interest in finance and banking, which was what she eventually decided she wanted to go into for college.

While studying in college, Lannefeld was in classes consisting of around 300 students. Out of those 300 students, women only made up approximately 25% of the class.

Lannefeld was fortunate to never feel like she was ever discriminated against, even though she knew she was a part of a smaller minority.

“I don’t remember experiencing any discrimination so early on,” Lannefeld said. “I just found school and my classes so exciting because I was getting to learn about the topic that interested me most.”

Lannefeld, who is now a director in investment banking for a finance company, is one of only two women in her office. While transitioning into a professional office space, Lannefeld slowly watched the amount of women in finance get even smaller.

Instead of feeling discouraged, Lannefeld uses the fact that she is a part of a minority to her advantage.

“It can actually be powerful,” Lannefeld said. “It’s not always bad to be the minority. There are so few women in my office that I don’t want that voice to get lost amongst all the men.”

Lannefeld has found that because she is one of the two women in her office, male coworkers recognize that including Lannefeld’s opinion could provide them a different perspective. Because of this, Lannefeld has been able to find her voice and has been motivated or empowered to speak up.

Even though being a woman in a male dominated office can be empowering, there are many struggles that come from the job as well.

Lannefeld used to have her office space positioned closer to the door.

“One day, a client came into the office for a meeting and once they noticed me working at my desk, they walked up to me and asked me if I could get them a drink and then show them to the conference room,” Lannefeld said. “They immediately assumed that because I was a female and sat more towards the front of the room, I was the secretary or the administrative assistant.”

Dealing with a similar situation, Lannefeld recalls a time when a few of her colleagues were taking clients out to go golfing.

“They didn’t ask me because I think they assumed that with me being a woman that I didn’t want to go because it was a sport or I wasn’t good at it,” Lannefeld said. “The thing is that I grew up playing sports, I talk about sports a lot, I watch sports, so I don’t think the topic of sports has been difficult for me to adapt to.”

Lannefeld began to practice her golf skills and improve on her game. Eventually, her colleagues began inviting her to come along whenever they were going golfing. Lannefeld felt that she had been stereotyped or put in a box just because of her gender.

“I am so used to being excluded from the ‘manly or manhood’ conversations that it no longer affects me as much anymore,” Lannefeld said. “Women shouldn’t have to assimilate or try to be like other people just to fit in, I think it’s just dissatisfying.”

Being a woman in finance comes with many struggles, but Lannefeld has learned to look past those struggles and create awareness for the hard working women in male dominated careers.

Lannefeld has made a point to lead by example. She finds that ifmore women can push through discrimination and continue to keep working hard, the more women they will inspire to join the industry.

Lannefeld has recognized how unaware many are when it comes to women in superior positions in the industry.

“I think men have this unawareness when it comes to how they view women in the workforce and in superior positions,” Lannefeld said. “They tend to make assumptions and those assumptions should not be formalized.”

Lannefeld does her best to politely correct people who are making those assumptions and be positive and constructive while doing so. She has also made an intentional effort to show other women that it is possible to work a demanding job and have a family.

“There are quite a few women who believe that it is almost impossible to work full time and support a family back at home,” Lannefeld said. “I really enjoy what I do and I really enjoy being able to raise my kids and I just hope I am setting a good example for women who are contemplating the idea of being able to balance having children and continuing to work in kind of a grueling environment.”

Being one of two women in her office, Lannefeld has found that she is able to relate to women in a similar situation.

“I think if women don’t work with other women, it isolates us even more than we may already feel isolated,” Lannefeld said. “It’s nice to know and connect with other women who are feeling the same way we are, I think it empowers us to keep moving forward and make the work environment better for women who come up behind us.”

Altogether, Lannefeld feels that if women in the industry come together and create an awareness for the multiple struggles they have to face on a daily basis, things will change.

“I want to make myself available to other women as a mentor or just be able to grab a coffee and give my perspective on things because I do think it helps to talk to other women and get a sense of their opinion,” Lannefeld said.