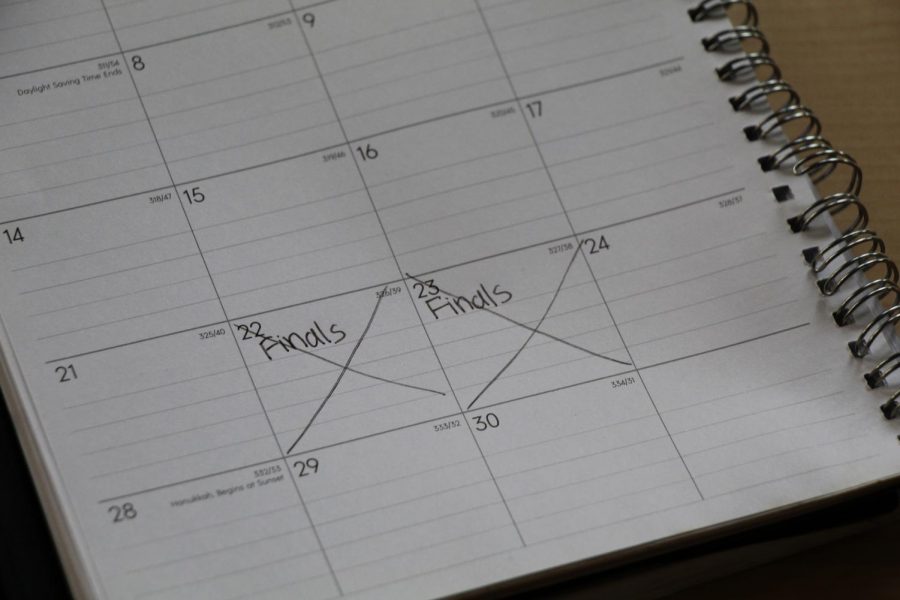 On Nov. 23 and 24, the two days before Thanksgiving break, Skyline High School (SHS) was scheduled to have their finals, because of their unique trimester schedule. Due to COVID-19, those two days were canceled and Skyline’s exams were pushed back to the week after break.

For some students, the push back was good and gave them more time to study or complete project-based finals. One of these students was Henry Shaieb, a SHS sophomore.

“I’m glad I got more time to study,” Shaieb said. “Over the break, I spent time just studying and finishing the finals which were projects.”

Because of the extra time, Shaieb felt more confident going into the exams than he did the week before. However, not all students liked that the finals were pushed back.

“I felt discouraged and frustrated because it was so last minute,” said Michal Kama, a SHS sophomore. “[It] felt like [the administration] didn’t really value our time.”

Over the Thanksgiving week, Kama had to restudy for her tests and felt the pushback made the break more stressful. Similar to Kama, some other students felt that the break would make performance on tests more difficult—that was unless they didn’t dedicate the break to studying.

“It’s probably going to be more stressful for sure, because [I know] I have to study,” said Langston Kitchen, a junior at Skyline who split-enrolls at CHS. “I was preparing to study for the exams before break, but now I can’t take a break, I have to bring my mind back up to speed on what we were studying.”

On top of the stress of having to make up study time, schedule changes also plagued students’ lives. From Kitchen’s perspective, the new schedule—from having only two days to five days dedicated to exams—would result in even more changes in coursework.

“I have a feeling the teachers are going to come in hot and full force,” Kitchen said. “[I also think] it will mean more assignments and not a real [Winter] break. I might have to work on assignments over break because [teachers] might assign work over break because of the amount of time we’ll have for the trimester.”

With the closure of AAPS during Skyline’s finals week, students like Kitchen and Kama wonder what other important events could get pushed back to COVID-19, especially with the other high school’s—Pioneer, Huron and Community—finals coming in January.