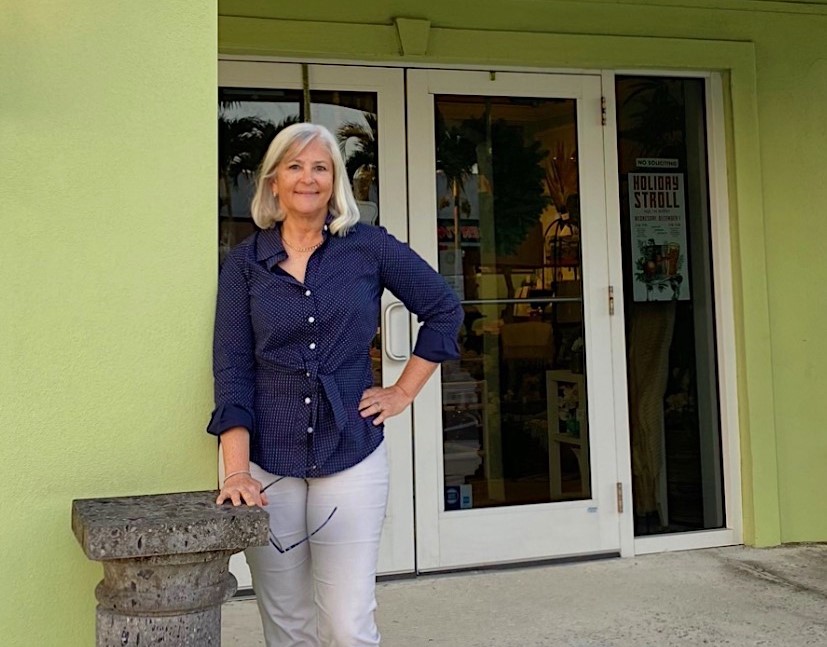 Shari Summers started out at a liberal arts college after graduating high school but she soon learned it wasn’t a good fit for her. She decided that she was in search of a profession and a school that was more specific. She packed up her things and left for the University of Wisconsin, where she found plenty of interesting courses to choose from.

“I started at one school and made friends, but then I transferred to another school and I had to kind of start all over again,” Summers said. “The switch was a little nerve wracking, but it was also very thrilling. It was just a matter of finding the right fit for you and once I had established a great group of friends at University of Wisconsin, it was great.”

Summers started out in landscape architecture but was soon introduced to interior design by a friend.

“My friend could tell it [landscape architecture] wasn’t what I enjoyed, so she told me that why continue if I wasn’t going to enjoy it,” Summers said. “When I was introduced to interior design, I was so confused because I had never heard of such a major.”

While studying to become an interior designer, Summers found that her classes had more women than men in them. Interior design was–and still is– a female-dominated field, with still quite a bit of men involved.

Summers’ classes were female-dominated, with the exception of the required courses she had to take outside of her major.

Once Summers had graduated from college, she moved out to Florida to begin her first job working as an interior designer. She worked for a male architect, who was one day interviewing another male architect. When Summers walked into the room, she was asked to fetch them each a cup of coffee.

“I was kind of put off by that because last time I checked that wasn’t a part of my job description,” Summers said. “ And from what I’ve heard, men aren’t usually asked to get cups of coffee or sandwiches, and stuff like that.”

Summers has found that she is very fortunate to not have experienced much discrimination while being a part of the interior design industry. She has found that men are not always aware of what they could be saying or doing could technically be considered discriminatory.

“I don’t think he meant it in a way to be discriminatory, but as women we are and sometimes have to be a little more aware of those kinds of things,” Summers said.

Summers is now the owner of her own interior design business: Summerfields Interior Design in Naples, Florida. She has figured out that with the right team of people, the better her business runs.

“I’m not an accountant, but I have a great accountant and I don’t do bookkeeping, but I’ve got a great bookkeeper,” Summers said. “It’s about farming out the things you don’t do well to people who do them exceptionally well and those people will be the team to help you along the way to keeping things afloat.”

After many years of being a woman owning a small business, Summers has discovered that the challenge is more of getting women into corporate America to begin constructing the equality of people who own and run small businesses. In Summers’ opinion, education is an excellent way to set women up on the right path and to continue progress in the right direction.

“Women have gotten so used to everybody saying it’s a man’s world and I’m not sure I agree with that so much anymore,” Summers said. “I think that women have really taken charge and have come to the forefront.”

Even with the change of equality, it is still a known fact that women still don’t make as much as men. According to the U.S. Department of Labor Blog, women make about 82 cents to every dollar a man makes.

“I know that it’s wrong and if you’re doing the same amount of work, or more than somebody else, your pay scales should reflect that, not your gender,” Summers said.

The biggest lesson Summers has learned about being a woman in small business is that as a woman you have to know your value, know your worth. Once Summers had achieved this mindset, she knew that she could do anything.

“I’m just a little fish in the pond, but I am also a woman, and a small business owner,” Summers said. “The only person I have to answer to is myself because I am my own boss.”

Summers feels that she is now in a stage where she has been running a small business for so long, that people have begun to recognize who she is. Summer senses that she has herself and her business out there now.

As the next generation is brought up into the industry of interior design and small business, Summers does her best to inspire young children and others, by setting an acceptable example and putting her best foot forward.

“The next generation is going to inspire what’s going to happen in the design world and business world and I am looking forward to the future of women in these industries,” Summers said.