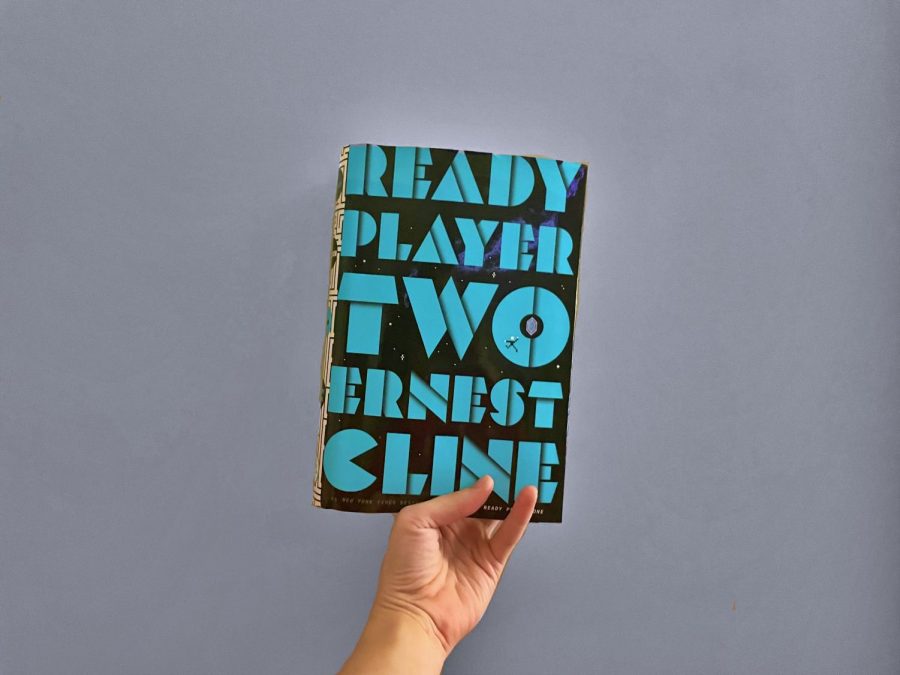 “Ready Player Two”, the sequel to #1 New York Times Bestselling “Ready Player One”, by Ernest Cline, is an exciting addition to a world readers fell in love with in 2014.
The book is once again set inside OASIS, the immersive, VR video game created by James Halliday within the story. It is set five years after the main character, Wade “Z” Watts, and his gang of friends – nicknamed the ‘High Five’ – completed the scavenger hunt challenge set by Halliday.
This time, the book has introduced a new technology that Halliday created before his death: OASIS Neural Interface (ONI). This new technology attaches to a user’s brain and allows people to log on to the OASIS and experience all its various locations and activities with all their senses.
The original rig that users were using only allowed for a faint tingling sensation, but now with ONI, users were able to feel like they were physically inside the OASIS. The one caveat to the ONI tech? There is a 12 hour user limit; after the 12 hour mark, users started to become weakened leading to a slow, painful death.
“Ready Player 2” follows Watts, or Parzival (his in-game username), about five years after the scavenger hunt was completed. At this time, Wade is once again locked into another scavenger hunt, one focused on Halliday’s best friend’s wife – and first and only love – Kira Underwood.
What was originally a playful hunt that Wade wanted to complete, quickly became a fight for his life when an AI copy of James Halliday threatened every single player inside the OASIS with a slow death due to the ONI equipment. This AI copy wanted the prize for himself because the end product of the prize was what he believed to be an AI copy of Kira Underwood herself. What was originally a time-wasting project for Wade transformed into a ticking time bomb that held millions of lives on the line.
In this thrilling hunt, there is trivia about old video games, Prince, Lord of the Rings and John Hughes’s movies. This book is packed with 80’s fact and comedy with heartbreak and thriller as well. This fast paced page-turned builds upon the OASIS world and adds on the lovable characters introduced in the first book.
Cline is able to create a new challenge and seemingly new world of the OASIS with mystery and adventure to bring to us this wonderful book.