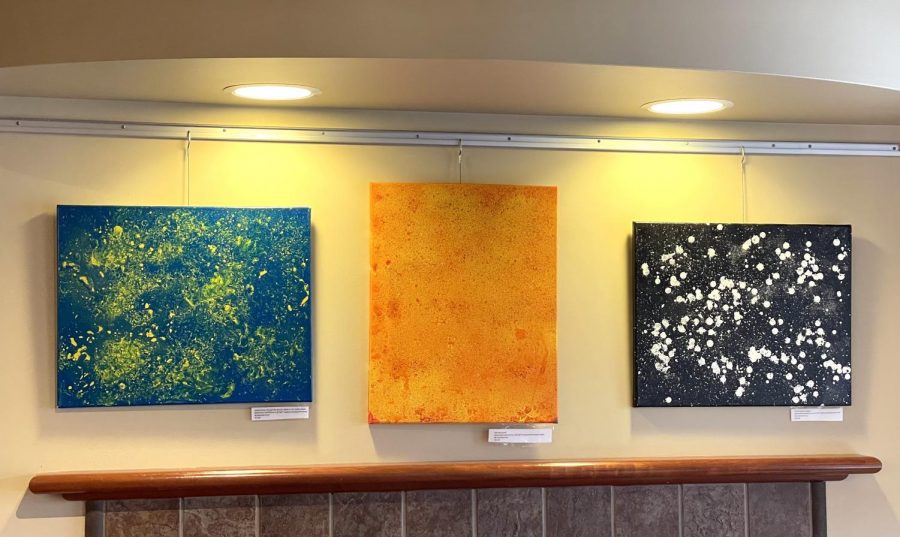 As you walk into Sweetwaters’ bustling atmosphere, your eyes are naturally drawn to the incredible art by Jeremiah Ford that decorates the comforting walls of the cafe.

Ford has had a passion for art since he was 15 years old; twenty-five years later his passion continues to flourish at Sweetwaters cafe.

“I have been putting my art in different cafes for several years now,” Ford said.

Ford has been seriously painting since 2003. He only started to use the methods displayed on the paintings in Sweetwaters in 2010. When he was younger he often played with surrealism using pens and realistic pointillism using pencils.

Ford is inspired by many different aspects of art.

“It begins to form before my eyes and many times inspiration comes from colors and which ones are most desirable and aplatable together,” Ford said.

Ford contacted Sweetwaters and was directed to Steve Coron, a CHS art teacher and the art curator at the cafe. They immediately swapped emails and met up at the cafe.

“I was totally taken aback by how small yet intense the little place is,” Ford said. “The staff are superb, helpful, friendly, and on que. I like that the customers that I chatted [with] for a few moments were really affable, insightful and inquisitive with their remarks too. It’s like a little hobbit den.”

Ford’s favorite piece is the blue and yellow colored piece positioned above the Sweetwater’s fireplace on the left which is titled “Scuba Diving Through Nuclear Waste In The Pacific Ocean.”