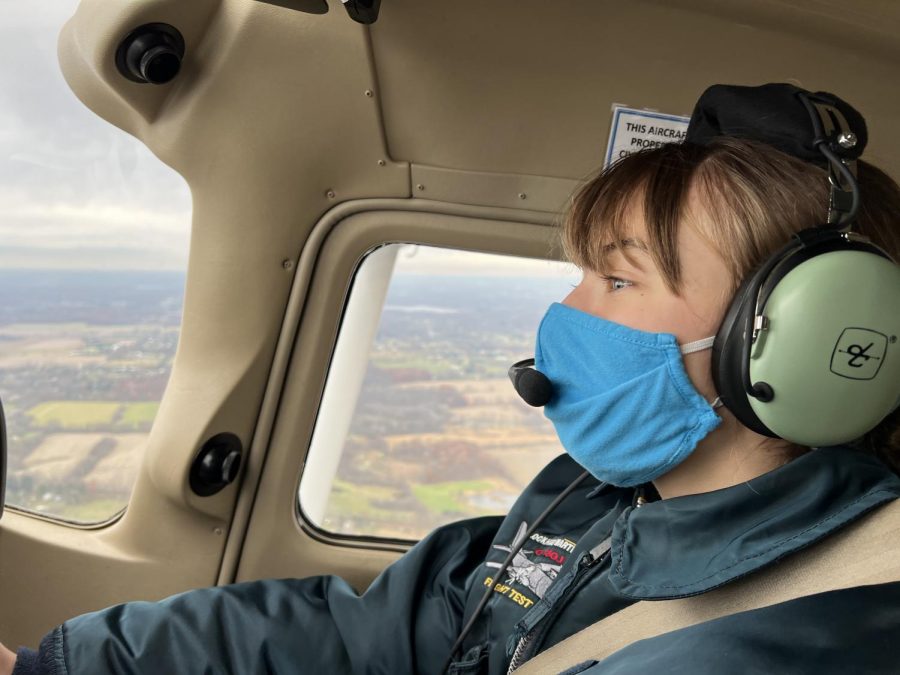 When Kaylie Peters was young, she always loved being up high. For her, it’s an assurance instead of a fear—at least there’s the ground.
Two years ago, Peters found herself enthralled by a documentary of Air Force pilots flying at record speeds to chase the solar eclipse.
“At that moment, I was thinking, wow I could do that one day,” Peters said. “I could fly a plane really fast in formation. And that just clicked in my head that maybe that’s something I want to do when I grow up.”
Now Peters, a freshman at CHS, is looking into flight schools and scholarships to the Air Force Academy. She wants to follow in the footsteps of her grandfather and great-grandfather who were both in the Air Force. Her grandfather was a specialist of many different aircrafts, including the F 16 model, which is still flying to this day.
“I wanted to make them proud and go be an Air Force pilot,” Peters said. “I also love flying.”
In order to achieve this goal, she has joined the Civil Air Patrol, a non-profit organization that helps to train young pilots. Her current rank is Airman Basic, but she hopes to be promoted to Airman First Class.
“Civil Air Patrol is a great thing to have on your transcript because we do all sorts from mapping to even doing classified rescue missions,” Peters said.
Peeters meets with her squadron, Squadron 655 weekly at the Army Reserve. They spend the time participating in physical activities and learning about various career paths in the air force.
“I love how many people there are,” Peters said. “We all have a great respect for each other. We all work as a team. The skills that you learn in Civil Air Patrol can last you a lifetime. No matter where you go, no matter who you meet, and no matter what challenges you face, you will always remember the lessons that they teach you and the people you are friends with.”