Saying Goodbye to a Sister 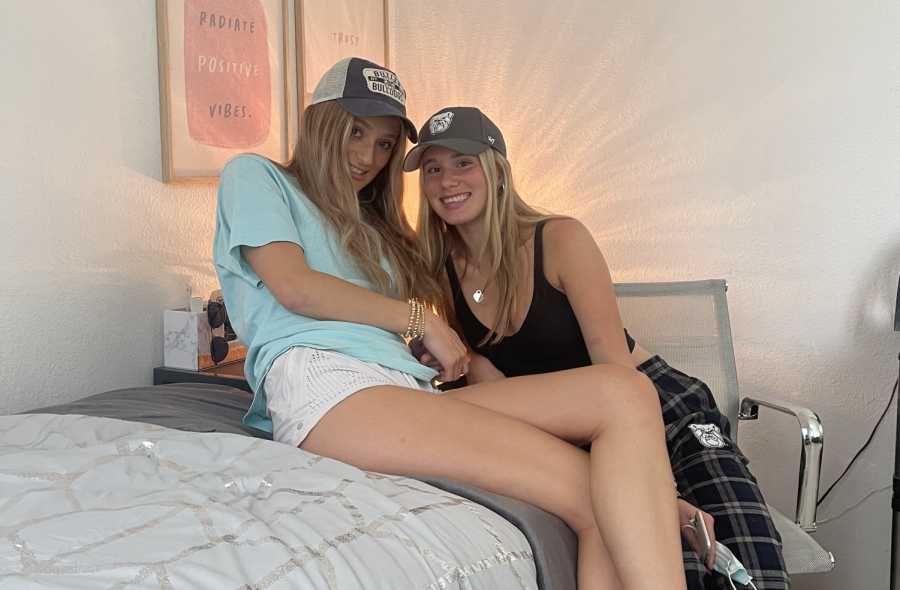 Sisterhood is something I took for granted my entire life. Over the 2020-21 virtual school year, my sister and my relationship grew closer than ever before. Her room was in the basement and I practically lived down there with her. I had an inflatable mattress and all my clothes were in her room. Since we were quarantined, we only had each other. We spent everyday together and would stay up all night talking and laughing.

Once summer came around, I started seeing her less and less. She went out with her friends most nights and we didn’t see each other during the day. We would constantly fight over text and occasionally in person — there was always tension.

In the back of our minds, we both knew she was leaving for college soon. I tried to push off thinking about it, but August came quicker than ever.

My mom and I drove her down to Butler University in Indianapolis, Ind. We stayed in a hotel the first night and ignored the fact that it was our last night together before she was off to college. This was one of the first times we had gotten along in a while.

On Tuesday morning, we woke up early to begin moving her into her dorm. Watching her get so excited about her new home was heartbreaking, but I was so proud of her. At that moment, I was happier than I was sad; I knew she would thrive here. Once we finished setting up her dorm, there was a sense of awkwardness — we were all trying to avoid the goodbye.

My mom and I found any excuse to stay longer: sweeping for the third time, rearranging her desk and even moving her bed. Hours went by, and it was 8:00 p.m. before we knew it. At that point, we knew it was time to leave.

I looked into my sister’s eyes and that’s when reality hit. I knew all along that I would have to say goodbye, but the time slipped away. At that moment, I regretted all our arguments and fighting over the years. I hugged her one last time but didn’t want to let go.

Now, months later, I’ve realized that time apart has caused us to grow closer. We FaceTime most days, and she has become my best friend. When she comes home to visit, our relationship resumes as if we never spent time apart. I have realized the influence she has had on my life, and I am so grateful to have an older sister.