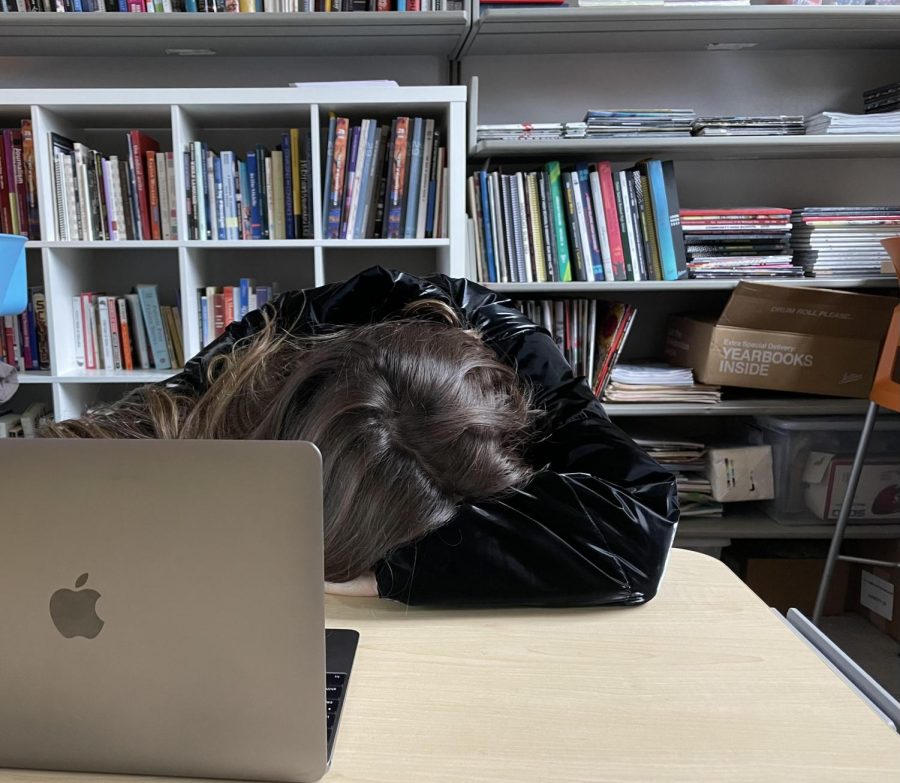 I sit hunched over at my desk. My eyes become locked into a blurry state, staring off into nothingness; I haven’t been paying attention to the lesson for three minutes now. I force myself to move my eyes around and at least try to follow the explanation on the board. It doesn’t make a difference, my head still feels like it’s underwater.

Feeling energetic and fresh doesn’t happen to me anymore. Similar to being an athlete, there’s never a practice when my legs aren’t even a little bit sore. I’ve become accustomed to starting something tired, not just becoming tired from doing it. I go to bed worn out from the day, but then I start the next day with the same mental exhaustion.

The energy to perform at my best simply isn’t there. Throughout the day, I’m scraping for little bits to push me through my tasks.

Week after week, I have less motivation to complete things. I’m constantly stressed out about what I have to get done but actually doing it doesn’t come easily. My attention span slowly decreases and spending extended amounts of time doing one thing is straining.

The stress isn’t solved as the workload for students never stops piling up. It always feels like there’s more to be done, and if there isn’t, it feels like you should be doing more.

Students trying to maintain good grades are put under pressure daily. As you move from class to class, another item is added to the to-do list. On top of excess school work, many students participate in extracurriculars after school. The hours of personal free time wane down to those late at night.

Staying up later to watch Netflix, FaceTime friends or scroll through social media heavily cuts into many students’ sleep schedules. But who can blame them? Students need time to do things for themselves, even if that means staying up a little later.

The CDC recommends teenagers get 8-10 hours of sleep each night. In a national sample, they found that 72.7% of high school aged students did not get enough sleep on school nights. Eventually, the busy days followed by insufficient hours of sleep will take a toll on our bodies.

Stanford Medicine wrote an article outlining the consequences of getting less sleep: “Among teens, sleep deprivation an epidemic,” not meeting these needs can lead to lack of concentration, drowsy-driving and anxiety.

The consequences of not getting enough sleep are felt by students during class. It becomes easier to space out. Nonetheless, not paying attention during a lesson creates a cycle effect: homework takes longer, you stay up later finishing it, get less sleep and the next day you feel fatigued.

Students need more rest. We work until breaking point, often crumbling in the dark. Finding a balance between personal life, school and extracurriculars is difficult, but our health shouldn’t struggle.