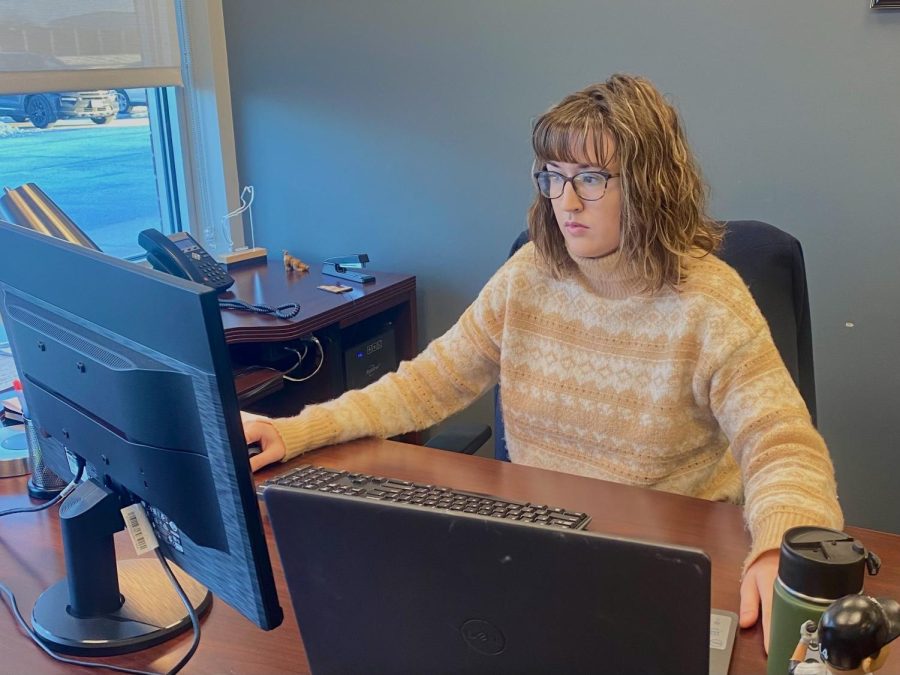 Allison Pulliam was a part of the debate team all throughout high school and college. She has always been extremely interested in the legal field, specifically in the science part of it.

“With law I feel like you get to investigate a lot and I’m naturally a very curious person, some would even say nosy,” Pulliam said. “I like getting to be a little detective and piece together the story.”

When Pulliam started law school, she expected to experience the same amount of discrimination that she had during high school and college, only it would be magnified. To her surprise, her classes were almost equal in gender, with only slightly more men than women.

In the classroom, the men would often think it was okay to speak over the women or take credit for their ideas. Pulliam recalls multiple occasions when she would make a comment or an analysis about a case, which wouldn’t be acknowledged by the male professor, but a man would raise their hand and say the exact same thing three to five minutes later.

Pulliam’s female professors were skilled at shutting down and calling out the men for talking over the women, pointing out that Pulliam or another female student had made the same comment earlier.

Pulliam felt very lucky to have many female law professors, which gave her more options of mentorship. She felt that her female professors had a better understanding of the struggles she might be going through, and found they were easy for her to relate to.

“I struggled in terms of speaking up in class and answering questions,” Pulliam said. “When I had a female professor, I found that I performed better and I felt more confident.”

Halfway through law school, Pulliam got pregnant and had her son. She got a clear picture of the struggle for women who also want families to be in law. The way those responsibilities are talked about and handled don’t make it any easier for the women going through the process.

“I had to withdraw for medical reasons and people weren’t so nice about it,” Pulliam said.

Pulliam remembers almost being assigned to a case, but wasn’t due to past issues with the client and a former female associate. The client had hit on the female associate, making her extremely uncomfortable. The men in charge of assigning the case didn’t even give Pulliam a chance because they didn’t want to deal with the situation occurring again.

“It was just a clear reminder that even though my firm itself is really great, a lot of women have to worry about those kinds of inappropriate comments or experiences,” Pulliam said. “It’s not even on a man’s radar, they don’t need to worry about that kind of thing and I just find it so unfair that I, as a woman, have to.”

Pulliam and other women in her office have to deal with certain stereotypes on a daily basis. The support staff in her office is almost entirely composed of women. This leads many to assume that Pulliam is a secretary in her firm if she wasn’t to introduce herself as an attorney.

Pulliam hopes she has been able to show young women that it is possible to balance a family and a demanding job. The representation and visibility of women in the industry is what Pulliam hopes will spread more exposure and awareness.