My Story: Across the Ocean 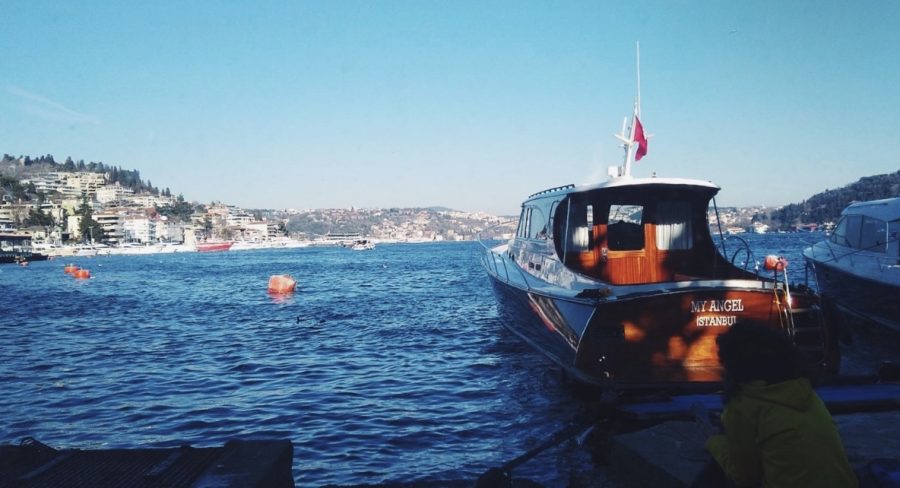 On March 13, 2020, I was 13 years old. The date haunts many people as the day the world was no longer normal; the day COVID-19 was introduced into our lives. It still haunts me for the same reasons, but March 13, 2020 has a different meaning to me.

Seven days before the world shut down, one of my best friends was sent back to Turkey ––her homeland–– hoping to receive her green card. I didn’t know at the time, but March 13, 2020, marked the beginning of the next 380 days I would be separated from Dide Karaboğa.

It had been a couple months since COVID-19 had shut almost everything down, including the immigration system. I hadn’t heard from Dide since she had left.

I was eating dinner with the rest of my family when my mother suddenly brought up the topic of Dide. The table went quiet and we all stared at her, waiting for what she was about to say next. I was sweating. My heart –– beating in anticipation.

The next words she said made my heart drop. I was used to the feeling of disappointment. That’s all I had ever felt when hearing news about my best friend, who was an ocean away. I’d gather hope when hearing her name, but when I’d look up and see the expression on my mom’s face, one of deep sorrow and pity, the hopefulness would melt away.

Dide would not be coming home anytime soon.

That night, I spent time in my room trying to understand the situation my friend was in. I didn’t have much information on the subject of the immigration process. Still, I had heard stories from online resources talking about the many challenges that immigrants had to go through trying to gain citizenship.

I began thinking about how these stories aren’t just any, but real people, people who have had to go through incredibly traumatizing events that will impact them for the rest of their lives. That thought alone caused something to click inside my head.

I won’t be able to prevent these challenges from coming Dide’s way, but I can be there for her, holding her hand, letting her know that we can get by together.

From that decision, I gained a best friend. I began reaching out to her and we started getting closer than ever before. I did not only become someone she could talk to about everything, but she became that person for me too.

Though it is not my story to tell, what Dide went through was truly horrifying. She was ripped away from the life she had built back in America, her home. For over a year, she was separated from her family. Imagine being a 14-year-old, a minor, separated from your parents. Imagine having to get up and leave your life behind, not knowing when or if you were going to return.

I don’t want to imagine being in that position.

I remember talking to Dide over the phone one day and asking her how she was feeling. I gave her the option to let everything out, the good, the bad, the ugly. She stayed silent. Dide was never one to be silent. I waited, hoping she would say something, anything, soon.

When she finally spoke up, she told me she was numb. She no longer had hope for things to get better. She described it as “survivor mode,”––she was numb to the setbacks and struggles. They no longer impacted her; instead, they rolled down her back like raindrops from a storm and collected in a puddle at her feet. She couldn’t cry because her body wouldn’t let her anymore. She didn’t laugh the same and her eyes didn’t light up whenever she talked about something she loved.

Dide had always been the sun in my life, bright, friendly and warm. She brought light into every single person’s life, touching them each in a positive way. But the more time she spent in Turkey, the more the heaviness of the situation began to weigh on her, leading her to feel numb.

Watching someone you love and care about go through so much damage and struggle and not have the resources to help is one of the hardest things I’ve experienced. The amount of frustration I felt towards myself for not being able to take it all away is something that can make a person feel so small and useless.

She may have been numb, but I still felt the pain.

It took 387 days, two green card resubmissions, 87 letters of recommendation and a new president’s election to bring Dide back home. Though it has been a couple of months, I still think back on the topic almost daily. It has become a part of our friendship, now serving as a test that proved we were strong enough to get through what seemed like the impossible.

I don’t think I’ll ever understand how some of the hardest lessons are given to the people that are least deserving of them. Dide is the last person I would ever think to have experienced such a challenge, for she still carries herself with an attitude that is so carefree.

Maybe hard lessons are given not to those who are least deserving, but to those who can take a difficult situation and emerge stronger than ever before.