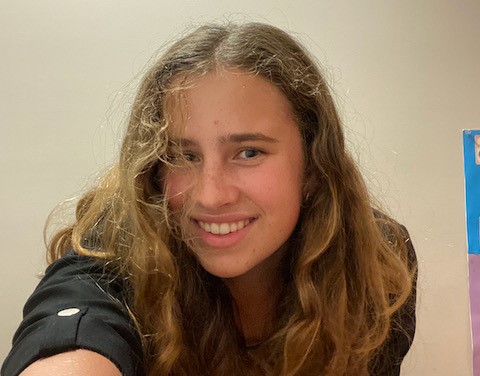 For most of my life — as soon as I had gotten over wanting to be a ballerina — I planned to grow up and become a writer. I had read Kate Fox’s “Watching the English” at somewhat of a tender age, and rather thought that anthropology might be a nice thing to do with myself, so long as I was permitted sufficient levels of sarcasm. Or maybe I’d go into international relations, since I liked Model United Nations. Maybe I’d focus on linguistics. I had won school-wide writing competitions every year of middle school, and faithfully went to Poetry Club in high school. No matter what I studied, whatever I did with my life, I knew I would be writing.

But if early 2020 taught us anything, it’s that you can’t take anything for granted.

That fateful March, Poetry Club shut down, along with every other class and club at school. The coffee shops I used to sit and write in closed their doors, bearing hopeful signs on the windows at odds to the dark, empty storefronts inside. I had nothing to do with myself but spend hours walking around my neighborhood, avoiding my house and my own thoughts. I was mind-numbingly, brain-meltingly, excruciatingly bored.

It took all of a week, though, before boredom was no longer permitted in my house. My parents were eager to get me to stop moping, and they were firm in their belief that most children’s problems can be solved with enough extra homework. They enrolled me in AP Calculus BC: not normally a freshman class, but it wasn’t a normal month. The class was definitely above my ability, but my parents figured an ego check from difficult math would be character-building, as long as I would put in the time to study it.

Desperate for something to do, I was more than willing to put in the hours it took. And it changed my life.

My pandemic, in the end, did not follow the rhythms of the seasons, or the ups and downs of variants and waves. In my isolation, I had thrown myself so wholeheartedly into my classwork— the one thing I could still succeed in, that I could still control— that Covid’s ebb and flow has been inexorably linked with the math I was doing at the time. When the first “non-essential” businesses reopened, I was taking my first derivatives. In the brief respite after the very first wave, I learned to integrate. I know exactly where I was and what I was doing when we were told that school would not be coming back after all, in late summer of 2020. Of course I remember; I was taking my calculus final.

That fall, math was done. But virtual school took me less than an hour a day, and I was once again bored out of my mind. I couldn’t write: I’d boxed away my creativity and put it on a shelf, knowing that if I took it out again, and sat down to think about how awfully lonely my life was, I’d never get back up again. I discarded my old interests one by one, deleting old poems in progress from my computer and shoving dance shoes to the back of my closet. I went back to the numbers— what else could I do?

Cases rose, seasons passed; time sped up. I got busier and busier, and I learned at lightning speed with nothing and no one to distract me. I learned how to write mathematical proofs, and went through calculus again, but better this time. I graduated the tenth grade. I learned statistics, then multivariate calculus, and more statistics, and probability. I applied the math I knew in code, and got an internship, then an analyst’s job. I did not write a word.

Now, it’s been two years, and I’m a junior. A bona fide eleventh grader, nearly seventeen.
And I am very good at math.

It’s been two years, and I just went to my first day of linear algebra. It’s a little bit of a milestone: it’s the last math class, I think, that I’ll take. I always thought of math as a ladder, where I could just keep climbing to the next level, the more difficult course, but linear algebra is the highest rung. After linear algebra, mathematicians expand outwards, specializing into their regions of expertise. And I mean mathematicians; that’s where the transition happens, I think. Math students go into linear algebra, and mathematicians walk away.

That first class was just like any other, my brain steadily filing away the new information, reading over the syllabus. It was the same brain that worked to have all the equations and the proofs tidied away in its recesses, that knew what it was to be purely analytical— but in the end, it was also the same brain that was me for years, that made up new languages and dreamt up stories. Not everything, as hard as I tried, could be stamped out forever.

But it was too late, and I wasn’t a writer either. Not anymore.