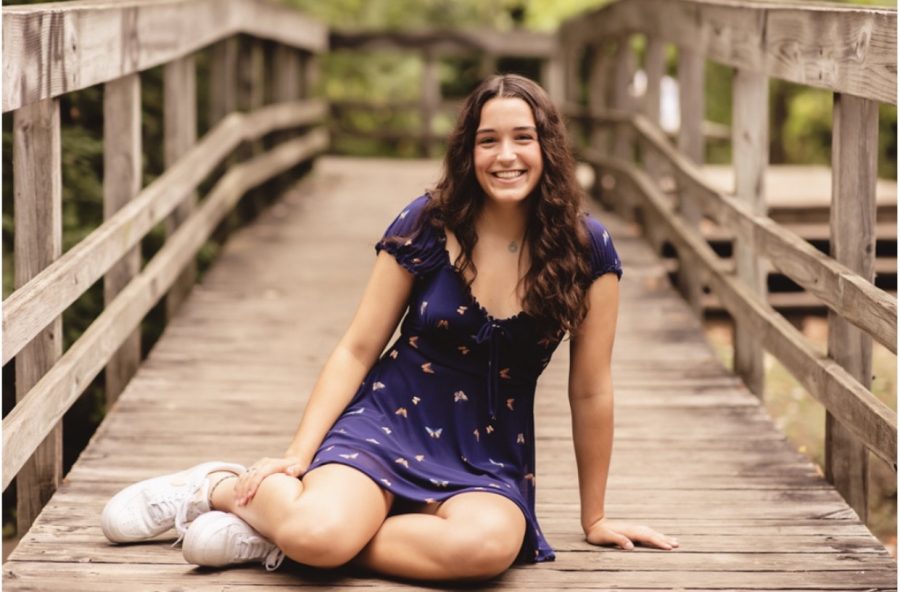 Maggie Wolf was eating dinner with her family downtown last spring when she got a phone call from Judith DeWoskin, retired CHS English teacher. Wolf, a senior, had taken several classes with DeWoskin and knew her well.
“She just called to say hi,” Wolf said. “We ended up talking for a really long time. It was just really nice to reconnect because she is one of my favorite teachers.”
At one point in the call, DeWoskin brought up a story from Wolf’s freshman year. During her first semester at CHS, Wolf accidentally signed up for DeWoskin’s Women’s Literature class instead of the Intro to Literature class she was supposed to take. DeWoskin had her class write down what they thought would be the biggest struggle for them in the class. Wolf wrote down that she was nervous because it was her first year in high school. Later on in the class, DeWoskin told her students that if there were any freshmen in the class they were in the wrong class. Wolf went up to DeWoskin after class and told her she was a freshman.
“She was really nice about it,” Wolf said. “But, we always joke that she kicked me out of her class.”
Wolf ended up taking three English classes with DeWoskin after getting “kicked out”. She was hoping to take Women’s Literature with DeWoskin her junior year, but DeWoskin ended up retiring.
“I knew she was an amazing teacher, so I just really wanted to take her class,” Wolf said.
So, when DeWoskin offered to teach her Women’s Literature class to Wolf as a CR during their phone call, Wolf quickly agreed.
“I love the books she picks for us to read,” Wolf said. “We get to discuss the readings which I love and honestly it feels like it’s more for fun than for a class.”
Wolf is also taking a Spanish CR at the University of Michigan (U of M). After completing AP Spanish at Huron High School (HHS) her sophomore year, Wolf decided to enroll in Spanish classes at U of M. She had to begin by taking U of M’s basic proficiency class for one semester before she could take any other classes. Now, she’s taking a class about the Representation of Islamic Culture in Medieval Spanish Literature.
“[The class] is very challenging,” Wolf said. “But, I think I have gained a lot from it. It’s awesome to learn about it, because it’s something I didn’t really know a lot about. I look back on the semester and it’s really cool to see how much I have learned.”
She has found taking a college class to be much less intimidating than she expected.
“People who want to be taking it are taking it, which I think is really nice because everyone’s really interested in the material and dedicated to learning,” Wolf said. “[College classes] seem like this big, scary thing but the other students are really only a couple of years older.”
Wolf hopes to keep learning and using her language skills in the future.
“I plan to keep taking Spanish classes in college,” Wolf said. “In terms of a career, I don’t think it will center around Spanish but I think that learning languages is applicable to any career and that it’s a very valuable thing in almost any context.”
Languages are something Wolf plans to keep pursuing in college.
“Spanish is something I really love,” Wolf said. “I definitely want to learn at least one more [language] in college and continue to take more Spanish classes. I just think the ability to connect with different people and speak different languages is so cool.”