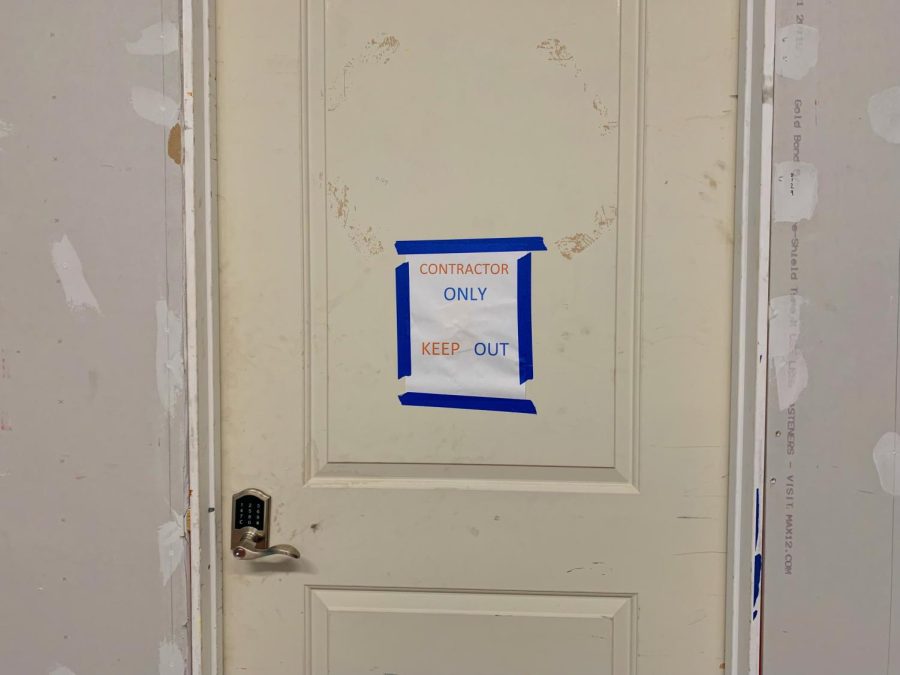 The obstacle of construction around Community High School has become a common hurdle students have learned to get used to.

When the current school year began, construction started working on the north side of the first floor, which has now been completed.

Currently, a small section of the first and second floor is blocked off, allowing construction to work on rooms 111, 113, 211 and 213’s AC and HVAC units.

“Construction should go until hopefully spring break and then switch into the next phase,” Kevin Davis, Community assistant, said.

To make navigating the hallways easier, Kevin Davis has provided us with information on where to go. The Southwest stairway is closed off for the first and second floor but is accessible to use to go up to the third floor and exit. In the mornings, students are being asked to use the Northwest stairway, which gives you access to all three floors. The closed-off sections on the first and second floors are clearly labeled, so students know not to enter those areas.

“I would honestly say we are roughly about halfway done,” Davis said. “Our goal is to have it done by December, but you know barring complications, you just never know.”