With all the change in our world, some things remain the same — Michigan High School Athletics are in full swing. 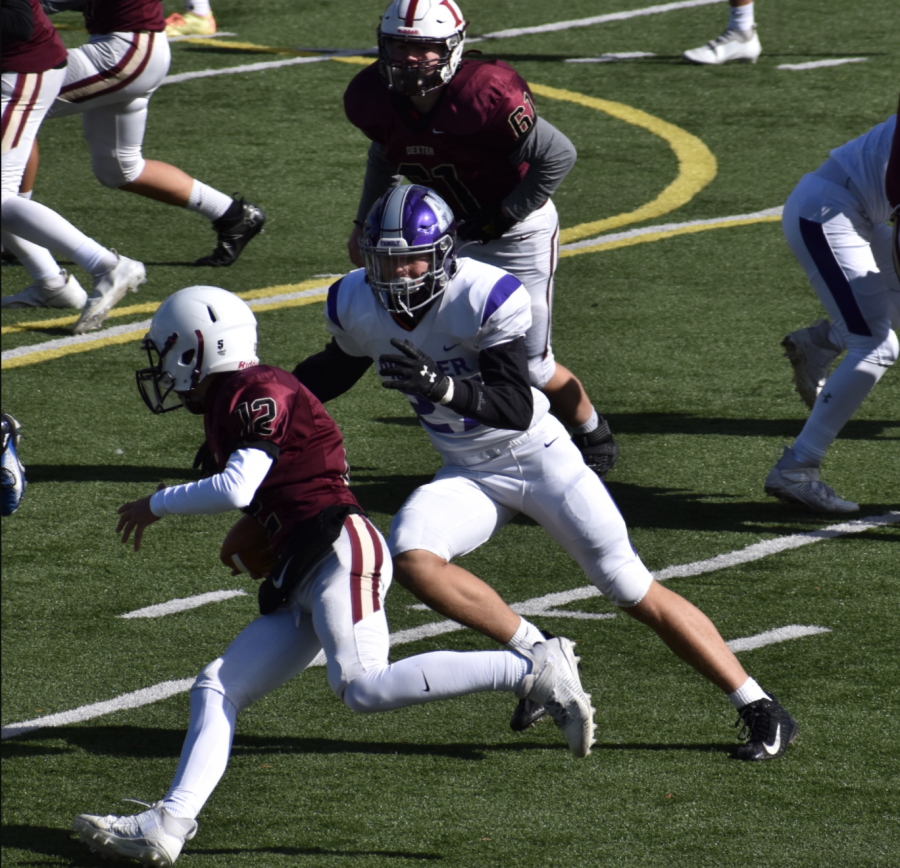 “Don’t forget to fill out your health screening.” “Keep those masks up at all times.” “Six feet minimum when you’re on the sideline.” All of these have become common phrases now in the vocabulary of high school athletic coaches this fall.

Earlier this summer, the fate of the school year and high school athletics were in question. Players were still partaking in stringently cautious off-season activities, not knowing whether or not they were even preparing for a season that they could even play. When the Michigan High School Athletic Association (MHSAA) gave the go-ahead for fall sports, many of those high school athletes were able to let out a sigh of relief, knowing that they were going to get the opportunity to play. But for some athletes, the journey of ups and downs was far from over.

The decision by the MHSAA was not supported by everyone. There was an option to move fall sports to the spring, proposed by the MHSAA, suggesting that it would be safer for all schools to postpone seasons. When it was confirmed that sports were allowed to be played in the fall season, many high school athletes were faced with a tough decision: risking their health or missing out playing the sport that they love.

Liam Rohrer, a sophomore at Pioneer High School, was one of the ones faced with this decision.

“I was mainly worried of it being transmitted to older people, or people that we have chosen to come in contact with,” Rohrer said. “There are people indirectly that it could get to that could be more at risk.”

Rohrer, who plays football, had an even more unusual experience than others.

Football wasn’t originally permitted along with the other fall sports. Rohrer and the Pioneer Football program were in full swing with their pre-season practices when the ruling came down that they would not be allowed to hold their season that fall, while all other fall sports were allowed. However, just a few weeks later, that ruling would be repealed, allowing football to be played in the fall.

Now the decision was up to the Ann Arbor Public Schools (AAPS) District. Already having lost the first three weeks of their season, the football program was just waiting for yet another ruling. The district eventually came to the decision that Ann Arbor schools would be allowed to participate in football, but that they would not be allowed to participate in the first week of games.

Now, around a month into the fall season with sports in full swing, Rohrer looks back and reflects on this season and what good has come from it.

“Honestly, it seemed pretty safe and like a worthwhile decision,” Rohrer said. “At first I was pretty dubious because it is a big risk and if people were to get infected, it can spread a lot. But I think because of how important football is to people and people’s mental health — just their drive to get through the days — for a lot of football players and people that are looking to go places with football, I think it’s a good decision to play in the fall.”

As a high school student doing online school, Rohrer uses football as a way to get away from all of the stress and weight of being a teenager in a pandemic.

“I think [football] just kind of gives something to work towards,” Rohrer said. “I feel like sometimes people feel like they’re just stuck in the same spot doing the same things every day. But when you have sports and your competition, getting better every day, something to work at and to think about, I think it really just gives people a sense of purpose, day to day. That really helps them out.”