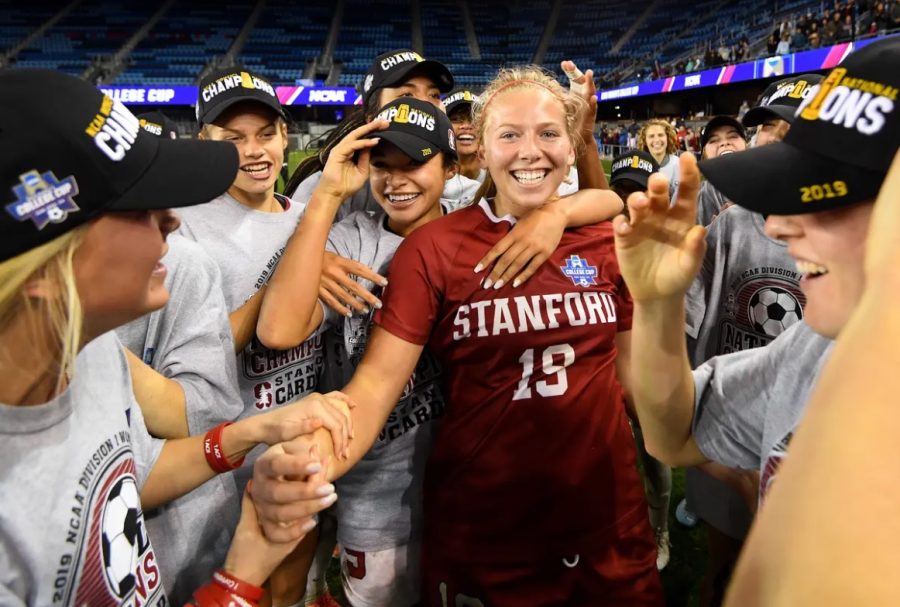 The news of Katie Meyer’s death shocked the sports world. The 22-year-old captain of Stanford University women’s soccer team reportedly took her own life on March 1, 2022. Unfortunately, this is far from the first case.

We only hear about issues with mental health when it’s too late; When the buildup of stress becomes too much.

Student-athletes have incredibly busy schedules. Between practices, conditioning and games, the remaining time is spent studying. Falling behind with school work isn’t an option. Creating a social life separate from the sport you play can be hard with little time to do so. This creates a further reliance on being a student-athlete, not just a student. Enduring issues with mental health while balancing school, athletics and social life is a task that wears.

When you commit to play a sport in college, you’re dedicating hours of work every day. The expectation to keep up with overscheduled days while performing at your best is not the only challenge that student-athletes face. Mental-wellbeing is overlooked, it is such a prevalent issue yet it becomes buried under standards of perfectionism.

Playing a sport for years growing up can create a dependence on it for feelings of self-worth and validation. The work that goes into becoming a college athlete has an end result: get on the team. With that, the passion and love for the sport itself can become clouded in the idea of execution. Many young athletes who are already exhausted with the process think that committing will solve their problems. When in reality, it’s a facade of a finish line.

Student-athletes have “perfect lives” from the outside. Winning conferences and competing for national titles is only one side to the story. No one sees the pressure that these athletes face.

According to the National Collegiate Athletic Association, suicide is the fourth leading cause of death. The nine-year study found 35 cases among 477 deaths.

There is visible concern when someone gets injured or sick; athletic trainers treat players on a regular basis. Not only is physical recovery normalized but it is a part of  a typical training schedule. That sympathy is not shared when it comes to mental health.

Asking for mental health help should be as common as getting treated for an injury. There is more focus on consuming adequate amounts of protein after a workout than checks on mental stability.

Athletes have support systems in their coaches, teammates and other resources that schools provide so they are expected to be ‘taken care of’ when in reality, that’s not a solution to the problem.

Student-athletes need to be treated like people before they are athletes.