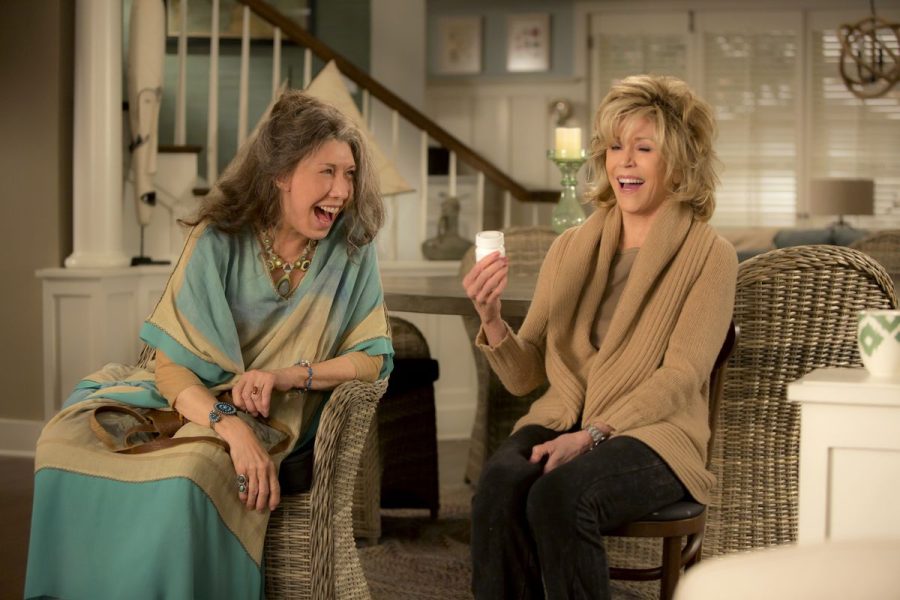 “Grace and Frankie” a Netflix original sitcom aired on May 8, 2015. This show quickly became popular with young adults and teens because of its humor and creativeness. It spotlights two of the main characters, Grace and Frankie and their crazy lives in La Jolla, South Carolina. Watchers of this show experience two incredibly different people becoming a surprising duo.

This dramatic show dives into the lives of Grace and Frankie after receiving3 this life-changing news. “Grace and Frankie” does a great job of showing that an unexpected friendship can come out of terrible circumstances. As the show goes on, we get to watch Grace and Frankies bond grow stronger over time.

After watching this captivating show, I realize how important it is to be there for your friends no matter what they’re going through. Grace and Frankie have shown me that sometimes life takes unexpected turns and having people that can be there for you is what counts the most.