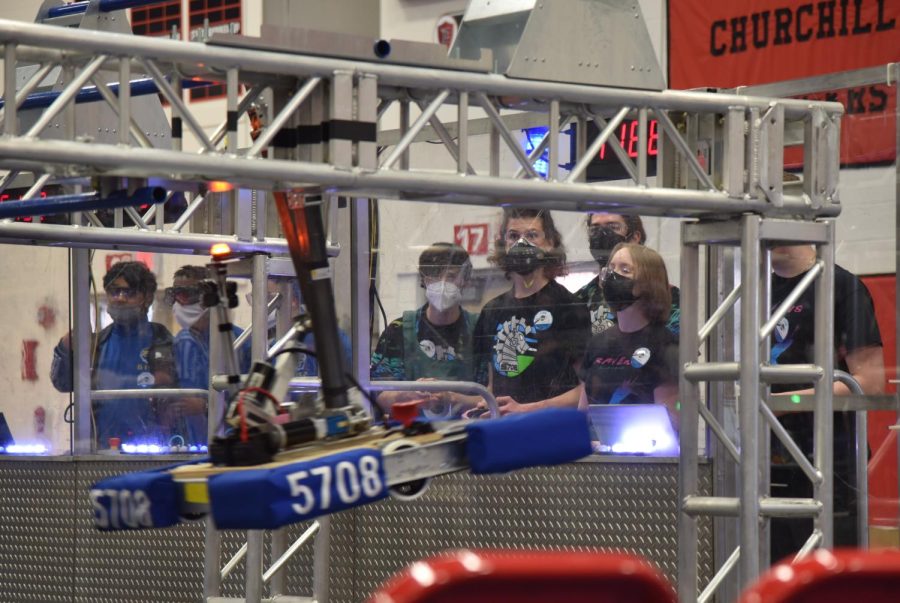 Over the weekend of March 19, Community High School’s robotics team, Zebrotics, led by science teacher Christia West participated in their first district competition. There were 42 teams taking part in the competition, but the Zebrotics managed to place in the top 10 every round and qualified for the finals.

“I was so proud of our team,” West said. “Only a few people go out on the field and drive the robot, but everyone else is really critical and contributes to our success.”

Robotics competitors could choose to score points based on their robot’s ability to shoot balls into a target, or climb four bars that gradually incline. The Zebrotics teams chose to scale the bars, and named the robot “Bananana Bot”.

“Bananana Bot did very well and we were able to reach the highest bar or target every time,” West said. “The scoring is very complex and hard to explain, but it’s really good if you do that and we did.”

Zebrotics’  next competition is scheduled for the weekend of April 9. The team has already started planning their next step to further polish their robot’s functionality and overall performance in a short span of two weeks.

Despite not winning the competition, they consider Bananana Bot’s performance to be a success.

“We have plenty of trophies,” West said. “We can get trophies for  maybe the next one.”