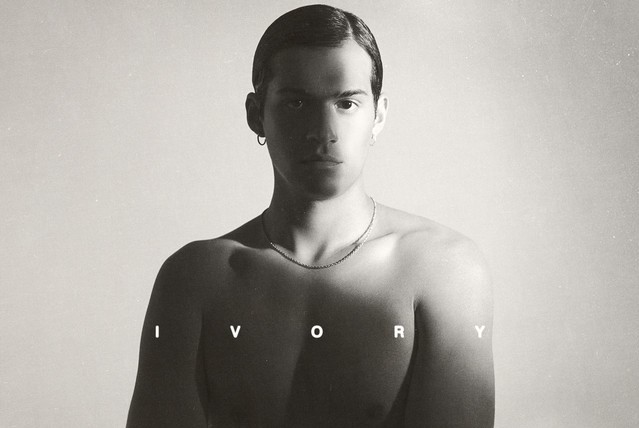 Omar Apollo has been on the rise as an artist since the late 2010s. Now, he has released his first studio album, “Ivory.” While Apollo’s talent as a vocalist is apparent, the actual music has never clicked with me due to it usually being passable or forgettable. I find myself listening to a lesser version of the sounds and artists he tries to emulate. I checked out “Ivory” to see if this new project from Apollo would be any different. While it basks in its influences and still has some dull moments reminiscent of previous works, the highlights show promise that Apollo could be going in the right direction.

To start off on what he got right for me, I look no further than “Invincible”, a track that benefits from its minimalist beat, mixing with the delicately layered vocals of feature Daniel Caesar, as he croons on the chorus “If I were to go/ Tell me, would you notice me?” Nothing from the experience seems overly produced or poorly mixed, instead working as a relatively calming track. While none of it is unique or forward-thinking with its sound, it works well with Apollo’s aesthetic.

Other highlights include “En El Olvido,” a Spanish ballad inspired by the late Juan Gabriel, with its passionately performed vocals and ¾ guitar chords. “Tamagotchi,” while it doesn’t fit the sound of the album, is still a fun track produced by The Neptunes. Its quirky production goes well over Apollo’s sensual and boastful delivery. Some of Apollo’s rapping moments even sound a bit like Bad Bunny’s vocal inflections.

Unfortunately, I can’t say the rest of the tracks always boast these positive qualities. Much of it still feels lackluster, especially the run from “Killing Me” to “Personally”, sounding passable to mediocre. Those two tracks might be favorites out of that run due to Apollo’s performance being a bit more interesting, but even then, feel like copies of tracks other R&B and indie artists have executed much more convincingly.

On the other hand, “Go Away” is just a grading and boring example of the sounds and style that has been relevant and shoved down our throats in mainstream pop. Even songs that feel like they could become something worthwhile or interesting, like “No Good Reason” or “Talk”, don’t expand on their potential and feel like they end prematurely, just being another bland moment in the tracklist.

Hopefully, the tracks which I felt more positive towards show Apollo as a more evolved and tasteful artist, and can be a sign of better things to come. For now, I’ll take a small handful of tracks from this 16-track album and be on my way.

Consensus: “Ivory” is a relatively mixed experience, which lathers in its apparent influences — I’m looking at you, Frank.