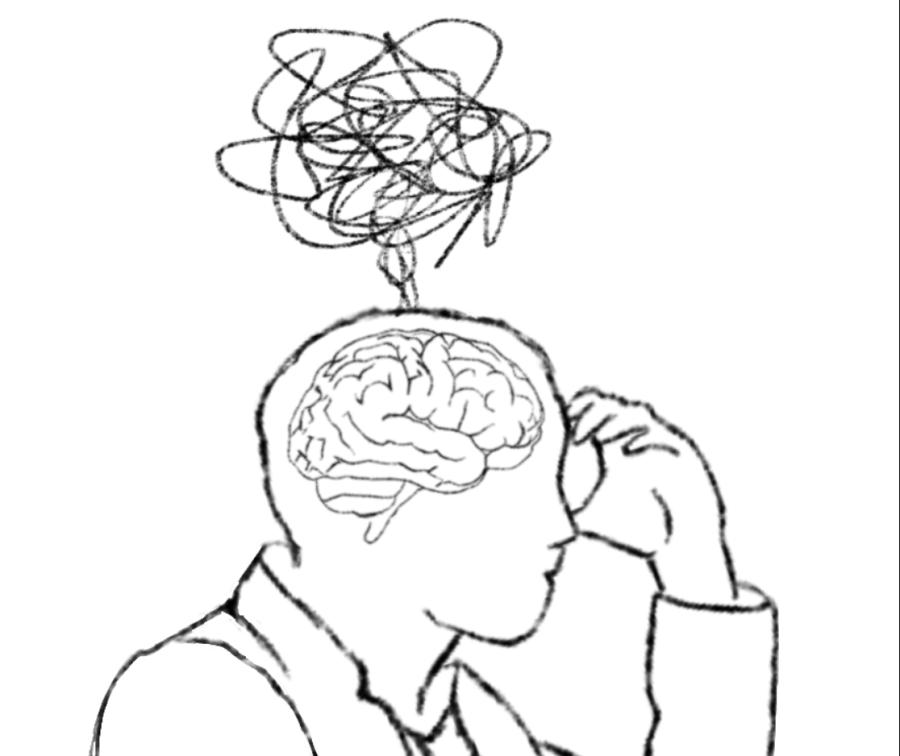 Lydia Cocciolone, a junior at Community High School (CHS), was upset when she found out that the Scholastic Aptitude Test (SAT) she had signed up to take was canceled due to Covid-19. She had taken a seven-week SAT preparatory course and felt prepared as the testing day approached. Despite her weeks of preparation, Cocciolone was forced to postpone her test by three months.
“I was really frustrated because it was such short notice,” Cocciolone said. “I feel like since I missed the test and so much time has passed now I lost a lot of the studying I did before that.”
Unlike before the pandemic, the majority of higher-education institutions are no longer requiring students to take standardized tests to apply. Many schools have adopted test-optional policies, allowing students to decide whether or not to send in SAT or American College Testing (ACT) scores.
Even though these scores are no longer required, Cocciolone still feels pressure to take the tests and perform well on them.
“I think especially in Ann Arbor it feels like everyone has to do well on [the SAT] and study a lot for it,” Cocciolone said. “Everyone seems to be putting in a lot of effort to do well on it, and I want to give my future self a good opportunity.”
Karim Mohamed, another CHS junior, is taking the SAT in hopes of boosting his college application. Mohamed has been studying for the SAT since his freshman year of high school.
After doing virtual learning starting at the end of ninth grade and throughout his sophomore year, Mohamed was worried about taking the test because he didn’t feel prepared enough. He considered not taking the test and almost didn’t take it after he began feeling extremely stressed from doing SAT prep. But then Mohamed’s parents sat down with him.
“[They told me] that I need to put stuff on my application and that the SAT looks really good, especially when it’s not required,” Mohamed said. “So, I got the Official SAT Book and I have someone who helps me. We just go through the book and read everything and practice.”
Mohamed is glad that many schools are turning away from requiring standardized tests for admission. However, he still feels that there is too much emphasis put on the tests.
“Even though it’s not as important as it was before, it’s still unfair that a test you take when you’re 17 years old determines so much,” Mohamed said.

Cocciolone agrees with this sentiment. She believes that by becoming test-optional, colleges are headed in the right direction. However, she feels that it would make the application process easier for students if colleges changed their policies to go either one way or the other: Require tests or don’t accept them at all.
Rosie Mellor isn’t sure whether she’ll take the SAT. Mellor is hoping to apply to art programs where admission is not decided by your SAT score. However, if it’s required for her high school graduation, she wants to take the test. Even if it’s not, she is still considering taking the SAT because it’s the “norm.”
“I feel like I should take them because everyone else does,” Mellor said. “Maybe one day I’ll need to use my score for something else.”
Mellor is glad her future plans aren’t dependent on the SAT.
“People I know and people I love are already panicking and spending a lot of their time studying for it,” Mellor said. “It’s really stressing them out. It’s a relief that I don’t have to worry about it. It gives me more time to work on things like my college portfolio, which is in my case, far more important than my SAT scores.”
CHS counselor, Brian Williams, says that the most important thing for students to keep in mind is that their test score is not a reflection of who they are. Williams recognizes the amount of pressure that comes from standardized tests and he doesn’t like students to believe that their scores are a measure of their worth.
All CHS students will be taking the SAT this April due to a state requirement. Williams hopes that all students try their best on this test for a variety of reasons.
“If students do well on the test they can end up using it [for college applications],” Williams said. “It also helps the state see how our school is doing and we want to make sure that we are being represented well. If we have to take it, let’s go ahead and try our best.”
Although Williams encourages students to do their best on the test, he believes that there are many issues with standardized tests such as the SAT.
“If you have a student in Ann Arbor and a student that’s in a lower income area with totally different sets of resources, it’s only natural that some students might not do as well, just based on where they live,” William said. “I think schools know that and I hope they’re moving towards a more equitable practice in terms of admission.”
Cocciolone believes that there are many ways to make the test more fair and less stressful for students. She believes it takes everybody a different amount of time to take tests and that not having a time limit would help students be judged more fairly. Cocciolone also feels that making the test cost less would help to give more students access to it. In the end, Cocciolone thinks that SAT scores shouldn’t matter as much in the admissions process as they currently do because not everyone is a natural test-taker.
“There’s so many other things that make a student right for a school,” Cocciolone said. “Colleges should be for educating people, not just accepting educated people.”