New and returning actors walked into Craft Theatre to audition for “The Visit '' (CET’s fall play). 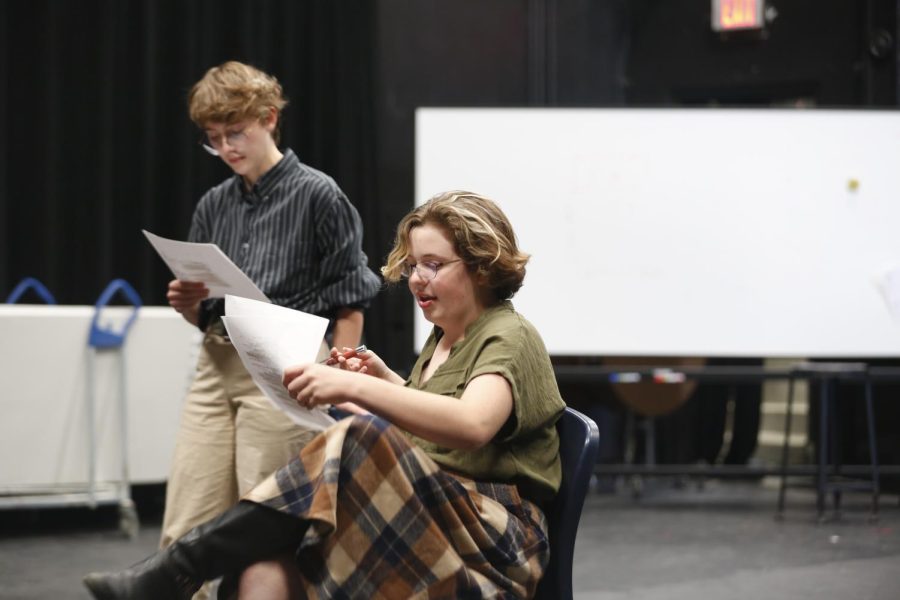 On the second day of auditions, Bee Whalen (left) and Maia Genisio (right) read lines for Anton Schill and the Burgomaster in front of the three directors.

“The Visit” is a play about an older, wealthy woman, Claire Zachanassian, who comes back to her former town with a harsh deal. She wants the townspeople to kill the man who made her pregnant and then suddenly rejected her. In exchange, she will provide enough money to strengthen the weak town. The townspeople eventually agree.

Each actor had to prepare a section of the script or a monologue from a selection that the directors gathered.

On the first day of auditions, junior Lila Fetter walked into the Craft Theatre ready to read Claire’s monologue.

“There were a few parts that I was a little unsure about — I fumbled over a few words. But, overall, I’m proud of myself and really excited for the show to start rehearsing,” Fetter said.

An hour after Fetter auditioned, freshman Jean Gold walked into the theatre for their first audition with CET.

“I was really nervous. I was super scared,” Gold said. “I think [my audition] went well though.”

All auditions ended by 6:00 pm on Tuesday and the call-back list came out at 11:10 that night.

Callbacks were on Thursday, Sept. 15, from 3:45 to 6:00 pm. Fetter was there for a call back of Claire Zachanassian and the Burgomaster.

Final roles were announced on Sept. 17. Fetter got the role of The Painter.