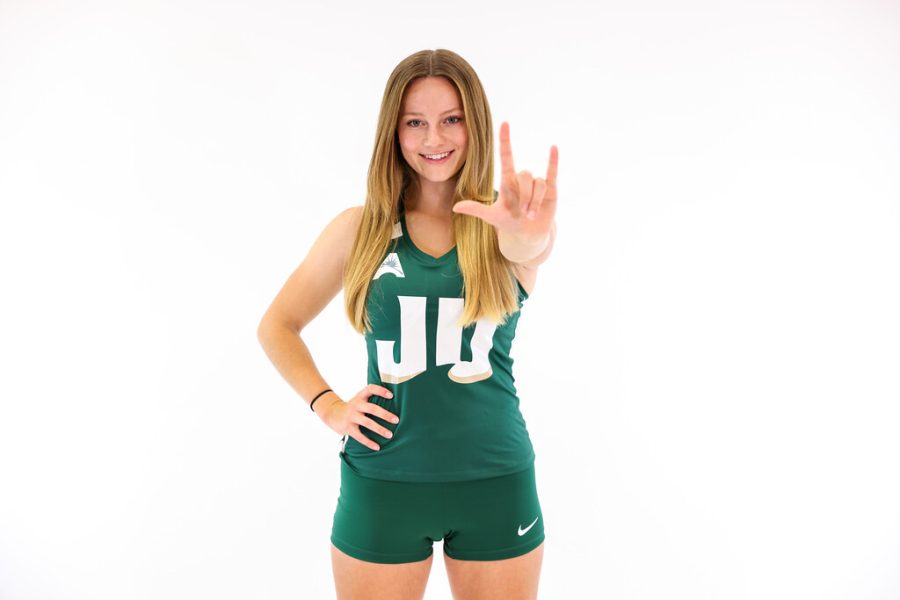 Sela Gur-Arie graduated from CHS in June 2021, after a completely virtual school year. Now, she goes to Jacksonville University in Florida.

Gur-Arie is an aviation operations major, which is also part of the business school. She learns to fly planes while simultaneously getting a business degree.

“There aren’t a lot of women in aviation,” Gur-Arie said. “In one of the aviation classes I’m taking right now I’m one of two girls. It’s always been that I know who every single girl is in the program.”

She gets to fly three times a week. Her flight block is is from nine to 11 on Monday, Wednesday and Friday mornings.

There are many experiences within the aircraft industry she wants to try, such as videography and travelling to remote places. Ultimately, Gur-Arie would love to be an airline pilot, preferably for her favorite airline: Delta.

Right now she is working on her private pilot’s license, which makes her legally able to fly aircraft (similar to a driver’s license). After getting that, there are other licenses to complete such as instrument, multi-engine and commercial. Then, most airlines need a log of 1,000 hours, including night hours and ground school. The best way for Gur-Arie to get those hours is to become a certified flight instructor.

“That way you’re able to log hours but the student is the one paying for your flight time,” Gur-Arie said. “You’re also getting paid to fly the plane so it’s not coming out of your own pocket. So that’s the route for most people to get their hours to be able to apply for the airlines. That’s just the easiest and cheapest way to get all your hours.”

Within the aviation degree program are aviation science classes. Gur-Arie is in an aviation automation class, which goes over every part of the plane and what it’s used for. They read a book called “Managing Risk,” by Dale Wilson that talks about preventing different plane crashes.

The business degree is an important certification for a pilot to have in their pocket. Pilots have to maintain a medical license, and an airline pilot has to have the highest medical certificate.

“[That] pretty much approves you — that you’re able to fly and that you’re healthy and [that] something’s not gonna happen while you’re flying,” Gur-Arie said. “It’s super easy to lose that medical license. Say you get in some accident— you may not be able to fly so you wouldn’t have your medical license. So if that were the case, you have that backup business degree.”

In her free time, Gur-Arie takes advantage of living in Florida. She relaxes at the beach, reads, journals and visits nearby towns to shop and go to cafes. She is currently reading “Normal People” by Sally Rooney. Her biggest recommendation is “The Power of Women” by Denis Mukwege.

“Definitely opened my eyes to a lot of things,” Gur-Arie said. “I love reading about women and just how empowering we are.”

Gur-Arie also takes time to connect with the people she cares about. She FaceTimes her family every couple of days, and texts them daily. With her friends, she makes sure to get and give updates about life, making sure that they stay close.

“My best friend Jenna flew down last spring and helped me drive back from Florida and she got to see my school and that was really fun,” Gur-Arie said.

She has also made friends at her college, especially on her track team. Both the sport and the team mean a lot to Gur-Arie. The track team is international, so Gur-Arie has gotten to meet people from all over the world.

“I’ve gotten really close with my team and just having that support system is really nice,” Gur-Arie said. “It’s really fun being able to work towards something with other people. It keeps me on a schedule. It keeps me motivated and I love competing. Being able to travel with the team to different places and competing with them is exciting.”

As much as Gur-Arie loves track, the transition from running in Michigan weather to Florida’s has been intense.

“I still remember the first really hard workout I did in Florida,” Gur-Arie said. “We start school super early, in August. So that was peak humidity there. The first workout I remember was a Friday and we were running hills and we had like 10 of them or something. And I remember I actually started getting dizzy and could barely breathe. [It wasn’t]that I was out of shape. It was that I was not used to it at all.”

The heat can build a sweat even just walking to class. That said, Gur-Arie is still grateful her school is in Northern Florida. They have a bit more of a winter than southern cities like Miami, which is constantly hot all year.

“It’ll hit like a perfect temperature of like 50-60 degrees in the winter,”Gur-Arie said. “I love that it’s sweatshirt weather for the whole beginning of second semester.”

Gur-Arie also loves to travel. In the summer she comes home and spends time in Northern Michigan, a place she loves. Recently she also saved up for a trip to Thailand. Her friend recently graduated college and was doing a European trip.
“She really wanted to go to Thailand, but she didn’t want to go alone,” Gur-Arie said. “So I said that I would go with her.” She saved up for the flight and found that it wasn’t too expensive once there. They spent time in the city, then went island-hopping. Staying in hostels, Gur-Arie was able to meet new people that were traveling just like her.

“I was like ‘wow, I literally want to see every country in the world,’” Gur-Arie said. “Hopefully, one day when I am a pilot, I’ll be able to adventure my way through a bunch of other countries and see all the different cultures and learn more about the world because that’s like my favorite way to learn.”

Gur-Arie hopes to finish all her licenses by the time she graduates, then she can move forward with her goals.

“One day if I am successful, it would be really cool to own my own plane and fly myself and my friends and family to super cool places as well,” Gur-Arie said.