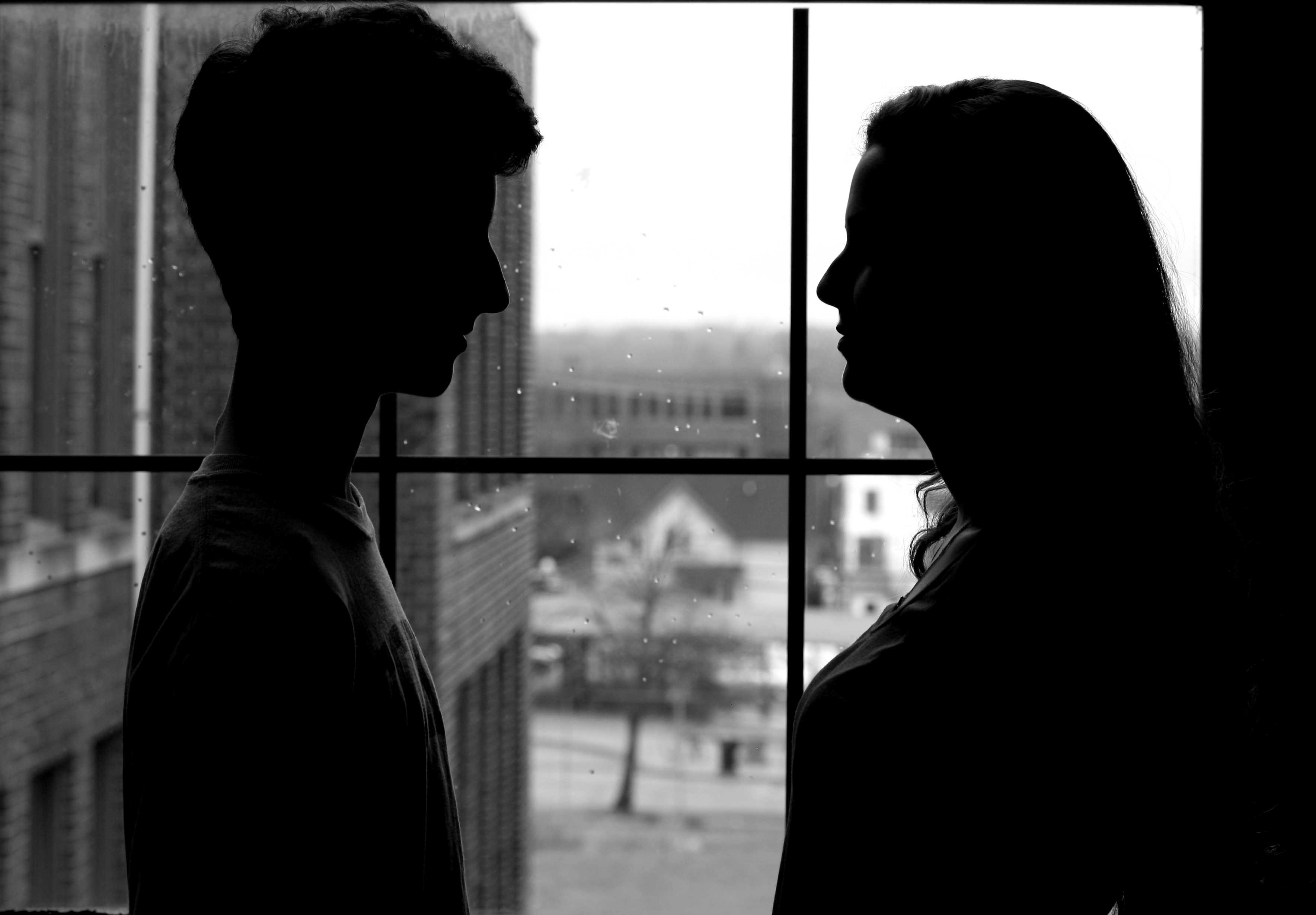 Sex: a level of intimacy shared with another person usually involving sexual intercorse. Sex: a taboo word that has changed over the years in the eyes of society. From 1960, when the birth control pill was first released to the public, to now, society has changed the way people think, talk and act about sex.

Over the years, parents have changed the way they talk to their children about sex and what their personal values are on the subject. Adults teaching at Ann Arbor Public Schools discovered the world of sexuality differently than kids they are teaching. AAPS teacher Taylor Hewett* never discussed sex with her parents. Though the public school she attended offered a basic health class, all the information provided was strictly scientific. “We had some lame [class] where we went into the gym and girls learned about getting their periods. It seemed like it was all of us in this one room, watching this one film … and it was separated by gender,” said Hewett.

Hewett grew up in an era very different from the one her kids are living in today. “I grew up in an era post-AIDS where everybody was hyper-paranoid. There was just a freedom that was around before the AIDS epidemic,” Hewett said. The newly arisen caution that Hewett experienced as an adolescent may have led to misleading information. “So was the information accurate? I don’t think so. I think that we were more paranoid. I was pretty ill informed about the health risks and the lack of health risks. And then there was no talk of the emotional side of [sex], just the physical side.”

Unlike Hewett, Joan Reese*, another AAPS teacher, did not have a health class when she was in school. However, her parents supplied her with human anatomy reading material. But just like Hewett, most of the facts Reese learned were scientific. She recalled having an uncomfortable conversation with her mother regarding birth control when she became sexually active. “I remember saying when [I need birth control] or if I need help I’ll take care of it,” she said.

Reese wanted to know more about the topic, so she turned to other sources of information: her friends and sister. “I have a sister so we talked about it with each other. You know back in those days, you felt like there wasn’t much to know,” Reese said. Still, most of the knowledge that Reese picked up has been through first hand experiences. From early on, it was very clear to Reese that sex would not be pleasurable for her personally if there wasn’t a distinct, committed relationship at hand. “I always knew that about myself. I still feel like that way.”

Community High School Teacher Cindy Haidu-Banks attended a Catholic school. As a result, nuns shared with Haidu-Banks what they thought was necessary knowledge of sex; however, most of the information was clinical. “It was nuns in fifth grade basically breaking down [the facts] … of a woman’s biology and menstruation,” Haidu-Banks said. “I did not learn [any information] from my mother or my father, [and they] never ever had a conversation with me about sex.”

After the brief synopsis of sexuality that the nuns gave her, Haidu-Banks was left wanting more information. “I was like, ‘How am I finding out about this huge biological issue that I’m going to be dealing with as a girl and I never knew that it was going to happen.’ This was so hidden. I never saw older women going through their processes. It was behind closed doors. So it upset me and I wanted to know [more about it],” said Haidu-Banks.

Haidu-Banks then ventured on her own knowledge-seeking path. She sought out some of her brother’s old medical books in the basement. “I went into the book and read all about it and saw pictures. Like it’s anatomical and clinical, but at least it was a full picture and not just a partial picture,” she said.

Haidu-Banks explained that because of her Catholic upbringing, there was a lot of negativity attached to sexuality. “Sex outside of marriage was considered to be a sin, having a child out of wedlock was considered a sin and that child would be considered literally a bastard child. People would get sent away if they got pregnant. It was a huge shame.”

Later, Haidu-Banks found a friend that was curious like she. They would share stories they heard: “Stories from other girls, girls that had started menstruating, older sisters. Just about sex,” Haidu-Banks said. She said that girls would normally have slumber parties and talk about the things they saw or if they walked in on their parents, but getting facts from friends wasn’t always the best source of information. “It was not at all up front, which caused for a lot of confusion and a lot of misinformation, but I wanted to know the truth and I wanted to understand it so I used medical books.”

Similarly to Hewett and Reese, Haidu-Banks was never talked to about the emotional side of sex. “No one said to me … perhaps women have a different emotional attachment to sex than men,” Haidu-Banks said. The only romance information she received were from movies and books: “You fall in love, you get married, so there was this whole romantic ideal there about the right man would come along and you’d know that. He’d recognize you and you’d recognize him.”  It was not until she was in her twenties that she finally understood the emotional baggage that is paired with love.

However, even though Hewett and Reese were never taught about the emotional side of sex or weren’t taught about it until they were beginning adulthood, they still believe that to have good sex, an emotional component is crucial.

How can these adults and parents talk to children about sex when there has been such a drastic change in the way people and society approach the topic of sex?

Haidu-Banks did not want her children to be ignorant about sex like she was as a young girl. “I was pretty open to them from the time they were little. When they asked questions, I answered … [and] I never held back,” she said.

Her two sons are four years apart; whatever Haidu-Banks did with her older son, her younger son usually followed. But she preferred it that way. “If he found out about it from his brother and didn’t find out from the adults, there would be more confusion or miscommunication,” she said.

When Haidu-Banks’ son entered middle school, the school offered a health class in the required curriculum. And like she did when she was an adolescent, she wanted to provide her children with an alternative view on sex. “I went to the public library and there was a good film about sexual anatomy and I showed it to a friend of mine,” Haidu-Banks said. “So we decided to [watch it] with our kids together. We had the adults and we had kids and we had pizza. We all watched this film and we talked about it openly. They were still young enough that they weren’t embarrassed by it.”

Hewett wants to make sure that her daughter learns about the emotional aspects of sex, “I definitely want to talk to her about the emotional side of it and not just the physical side,” Hewett said. Hewett plans on sharing articles with her daughter and hopes that it will lead to a conversation that does not hit a dead end. “Otherwise it seems that we just have a conversation and it just dead ends, because she is like ‘No, I’m not doing anything physical.’ and then where do you take it from there?” said Hewett.

Hewett’s daughter is reaching the age where students are start to experiment with relationships and sex. As a teacher, she knows that students around her daughter’s age, 13, are starting to have sex, but as a mother it seems impossible, “There’s a disconnect for me … between being a mom and also knowing what students start doing at that age.”

Hewett believes that the way parents have approached talking to their daughters and sons has not changed. She thinks the media has accelerated the speed in which sexual terms and ideas are thrown at teenagers. “I think that the media has expedited the process and sexualization of growing up,” said Hewett. She holds the media responsible for deciding what boys and girls should look like.

A gender divide regarding sex and how parents talking to their kids about sex has become increasingly apparent. “I hear people talking about [sex] pretty openly, like women saying ‘I have no idea how to talk about that with my son, like no idea’,” Hewett commented.

Reese, likewise, said that she probably did speak differently to her daughters than to her son. One thing she emphasized when she spoke to her sons was to be respectful to women. With her daughters, she wanted to emphasize self-respect and respect to one’ bodies.

Robbie Stapleton, Community High School’s Health and Fitness teacher, handed out the widely rumored assignment to her first semester Health class. The project consists of a list of questions, meant to prompt a discussion about values on sex and sexuality between the student and his or her parent or guardian. The guidelines then ask for the student to provide a summary. Lastly, the student is required to compose a letter to his or her hypothetical child that includes the student’s views, values and wishes on sex and surrounding topic.

The project has gone through several changes from when Stapleton first started assigning it, 30 semesters ago. In past years, Stapleton required students to turn in a transcription of the interview as well as the mandatory summary and letter; recently Stapleton scrapped that requirement. She also changed some of the questions to become more relevant to current generation of student, “I started asking [a question about hooking up] when that became a much more commonly used term and I was pretty convinced that most adults really didn’t know what that meant.” In addition, Stapleton took out a couple of prompted questions and is now having the students come up with two questions that flow with conversation during the interview, or two that are important to the specific student.

Similarly, over the years Stapleton has noticed a change in the values the students write about. “The biggest change I’ve seen is people who specifically write that they want their children to be, whomever they’re writing to, to be perfectly comfortable in their own skin. Whether they are attracted to the same sex, or whether they feel that they’re born male, but identify as female,” Stapleton said. She has also observed in the letters that over the years there has been a larger acceptance of gender identity and even though society teaches young boys to be “unfeeling and only care about momentary pleasure,” Stapleton said, “The vast majority of men and boys who write these letters are really quite loving and thoughtful and very much associate love, commitment, relationships, with sex, in an ideal way.”

**Disclaimer: The models in the photo have not affiliation with this article topic